Home News Is The Flu Outbreak An Epidemic?

LANCASTER — To date, 40 people in Dallas County have succumbed to the flu. Lancaster resident Andrea Potter likens the current outbreak to the epidemic in 1968 that took her grandmother.

“This year the flu has been really bad,” she said. “Even though many people got the flu shot, it’s still bad and many people I know are sick.”

In fact, Potter said she has even lost several friends to the flu after its progression into double pneumonia.

“It isn’t anything to mess around with. My grandmother passed away from the flu back in 1969 when there was bad flu outbreak. The hospitals were full that year because people were so sick with the flu. Just like this year,” she adds.

Earlier this week, Dallas County Health and Human Services reported an additional seven flu-related deaths for this season. This brings the total number of flu related deaths to 40 in Dallas County. Two of the reported deaths were residents from Cedar Hill and Desoto. Both were over 80 years old.

This year’s deaths ranged in age from 51 to 89 years old and all had high risk health conditions and died after complications from the flu.

It is also recommended that people stay home when sick and practice good hygiene such as covering your cough and washing your hands. This behavior goes far in stopping the spread of germs that could result in respiratory illnesses like the flu and other illnesses.

Ganesh Shivamaiyer, DCHHS interim director reminded “If you have a high-risk condition, remember to stay away from individuals who have flu like symptoms.”

While not all adults believe in or get a yearly flu shot, the Centers for Disease Control and Prevention still recommends one each year for anyone over the age of six months. It is recommended individuals should discuss flu vaccine concerns with a health care provider.

At the beginning of the month when it looked like the influenza activity would be higher than usual for the season, Dallas County Judge Clay Jenkins advised, “It is important that all individuals take precautions to prevent and reduce the severity of the flu.”

Jenkins went on to encourage prevention as being the best medicine.

On January 8, less than two weeks ago, Dallas County had reported only 11 flu related illnesses. Now 2 weeks later the numbers have quadrupled.

According to the Centers for Disease Control in 1968, the estimated number of deaths was 1 million worldwide. During that (H3N2) pandemic about 100,000 of those deaths were in the United States. Most deaths were in people 65 years and older.

The flu vaccine DCHHS provides is an all-in-one shot that protects against multiple flu strains including the H1N1 virus. It is currently being administered in the adult immunization clinic on the first floor at the DCHHS building, 2377 N. Stemmons Frwy, Dallas. The children’s vaccine is available at all DCHHS immunization clinics from 8 a.m. to 4 p.m. Monday through Friday. 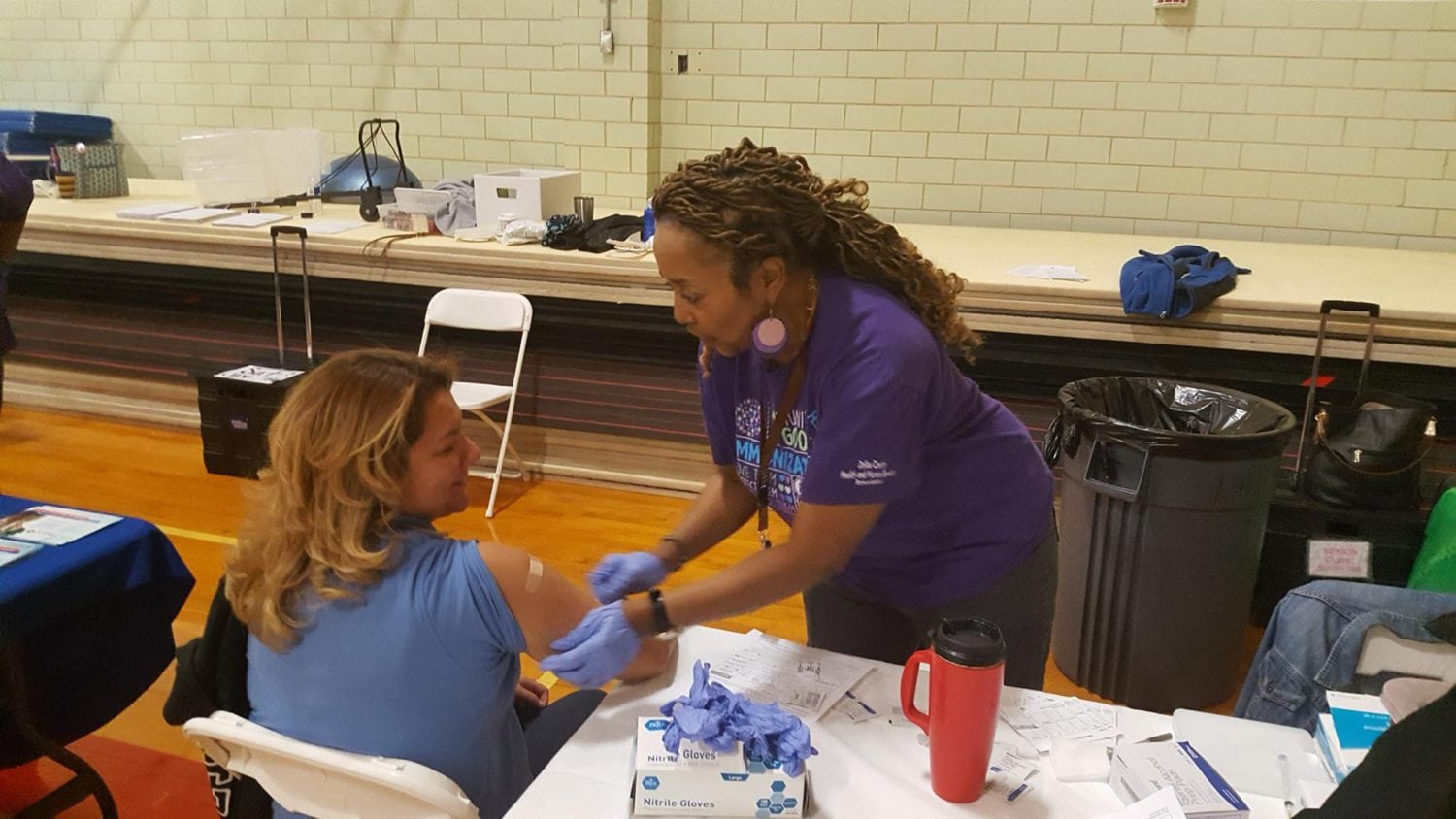