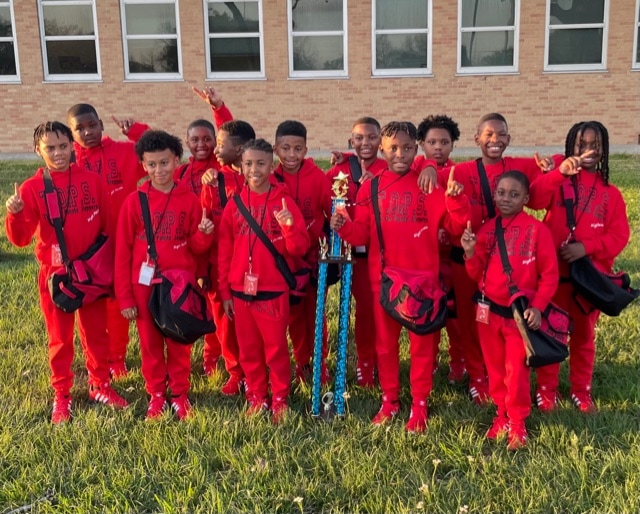 “I am ecstatic that we were able to take home the victory,” Thee On Pointe Steppers coach William Holmes said. “The steppers have only been together for a few months and have been performing at a level that has exceeded their own expectations. These young men have proven to be dedicated, loyal and committed to do their best.”

The team of 12 – which has seven fifth graders and five fourth graders – won the Stomp Down Step Show Finals Junior Division, defeating fellow elementary scholars as well as middle school scholars at Key Middle School in Houston. The High Pointe Team scored a 469 out of 480.

“We were extremely proud of this group of scholars,” High Pointe Principal Dwight Perry said. “Mr. Holmes had plans to get this organization going, but then COVID made it unfeasible. In recent months, he began working with the scholars, and they committed to building a successful program quickly.