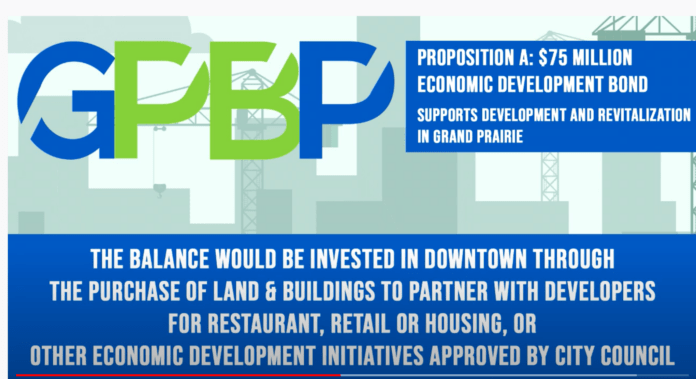 Grand Prairie voters said yes to the $75 million dollar Economic Development bond with 57% of voters in favor of Proposition A. The funds are expected to be split in the following ways: $50 million for development of conference hotel facilities in Epic Central; $15 million for restaurant shells in Epic Central; the balance would be invested in downtown with funds spent to purchase land and buildings for economic development.

“This will conservatively return $25,000,000.00 back to us over the 10 years set they do this. $25mil. That does not include the sales tax we normally get, the rent from the restaurants and the revenue from the hotels/conference center. As you can see, the revenue generated will exceed the cost of the bond payments and actually help our tax base,” wrote Mayor Jensen on Facebook.

Grand Prairie has two bills that could impact the city’s revenue House Bill 2127 / Senate Bill 1284. The bills would allow Grand Prairie to establish an entertainment zone encompassing the hotels, new restaurants along with the new Chicken n Pickle and the lakes and grand lawns.

Why is that important? Well, this would allow patrons to carry their alcoholic drink anywhere inside this zone. Instead of having to leave your beer, wine or cocktail at the restaurant where it was purchased. This is important because we will have some sort of entertainment feature on the lake and will have bands playing on the stages set up on the lawn. Both Sundance square in Fort Worth and Texas Live in Arlington have this legislative approval. 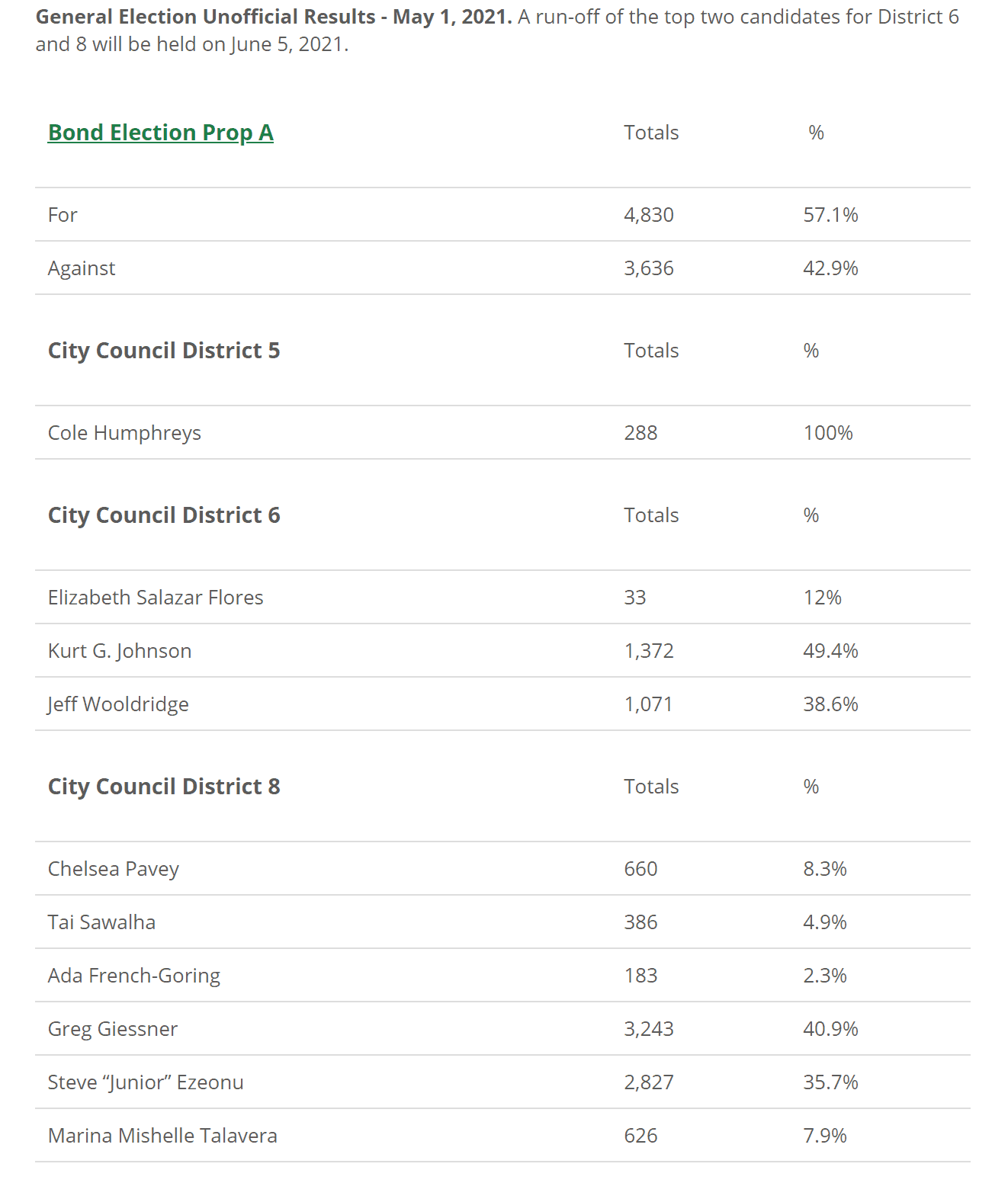 City Council District 8 candidates Greg Giessner and Steve “Junior” Ezeonu will be in a runoff as will District 6 candidates Kurt Johnson and Jeff Wooldridge.

The runoff election will be on Saturday June 5th.