GRAND PRAIRIE—The magic of art is that it can transform everyday objects into things of beauty. That’s what officials in Grand Prairie are hoping will happen to the city’s traffic signal boxes soon.

The City of Grand Prairie Public Art Program is calling artists to compete for a public art commission to create art on Traffic Signal Boxes (TSBs) located throughout the city.

The hope is that the project will brighten city streetscapes, enhance community pride and create new, paid opportunities for Texas-based artists. The plan is for up to 20 TSBs to receive an artsy look.

Originally budgeted for the painting or wrapping of just 10 TSBs with an environmental theme, the city’s Public Works Department offered to sponsor 10 more TSBs out of their Public Information budget provided that the theme for those TSBs related to the theme of water conservation/protecting water quality.

Tammy Chan, Grand Prairie’s Public Art Coordinator said the city is open to concepts for direct painting on the boxes or for high-resolution, digitally-printed wraps to be applied to the boxes providing the environmental theme is adhered to in the artwork.

“Most of our art projects to date have included some environmental thought,” Chan said. “That’s because Grand Prairie seeks to be the cleanest, greenest community of all and we put action behind those words since already the city’s newer bridge railings have environmental themes celebrating the rolling prairie or the watershed beneath the bridges as well as environmentally themed murals on transportation corridors.”

It was Grand Prairie councilmember Richard Fregoe who suggested the idea after he saw painted and wrapped traffic signal boxes in another community.

“He liked the idea and suggested it to Tom Hart, Grand Prairie’s City Manager,” Chan explained. “Mr. Hart liked the idea to so he called me in since I’m the Public Art Coordinator and asked me to put some numbers together and to make a proposal for such a project. I researched it and made a proposal and Mr. Hart put it in the budget for Council to approve. They approved it and so we are moving forward with the project.”

Chan said she actually spent a year researching other programs across the country, seeking their advice and developing how it could work. She also had to get the green light from the Public Works and Transportation Departments and the city’s Traffic Signals Division to make sure paint or wrap on the boxes would work.

“The TSBs have functioning electrical equipment inside,” Chan said. “Our Traffic Signals Division worked with me to identify cleaning, priming and painting products that would be safest to use. Those are included in the specifications the artists must follow that are listed in the Call to Artists.”

The deadline for the artists to submit their applications to take part is 5 p.m. September 22 and the decision will be made on September 30.

As far as criteria for artists, Chan said the city is asking Texas artists only to include a statement about their art experience and to include three samples of the artwork.

“If all goes well and the public likes it, we might get to do more,” Chan added. “Funding is the main issue. There is the possibility that some of our Homeowners’ Associations or Public Improvement Districts could sponsor the TSBs in their areas. If that happens, we may either have another Call to Artists and may have a different theme or we may commission the art through the Public Art Program, but sponsored by others. No advertising is allowed on the TSBs.”

Winning artists will each earn a commission up to $2,000 depending on whether the box will be painted directly by the artist or whether it will be vinyl wrapped with the artist’s design.

Chan said the commission of $2,000 per box is a bit higher than most art programs offer because the Traffic signal boxes are different sizes and heights.

“I believe public art is a hallmark of a great city,” concluded Grand Prairie Mayor Ron Jensen. “It enhances perception, appreciation and understanding of a community. Isn’t it fun to take something that is ordinary and make it extraordinary? That is what this project will do.” 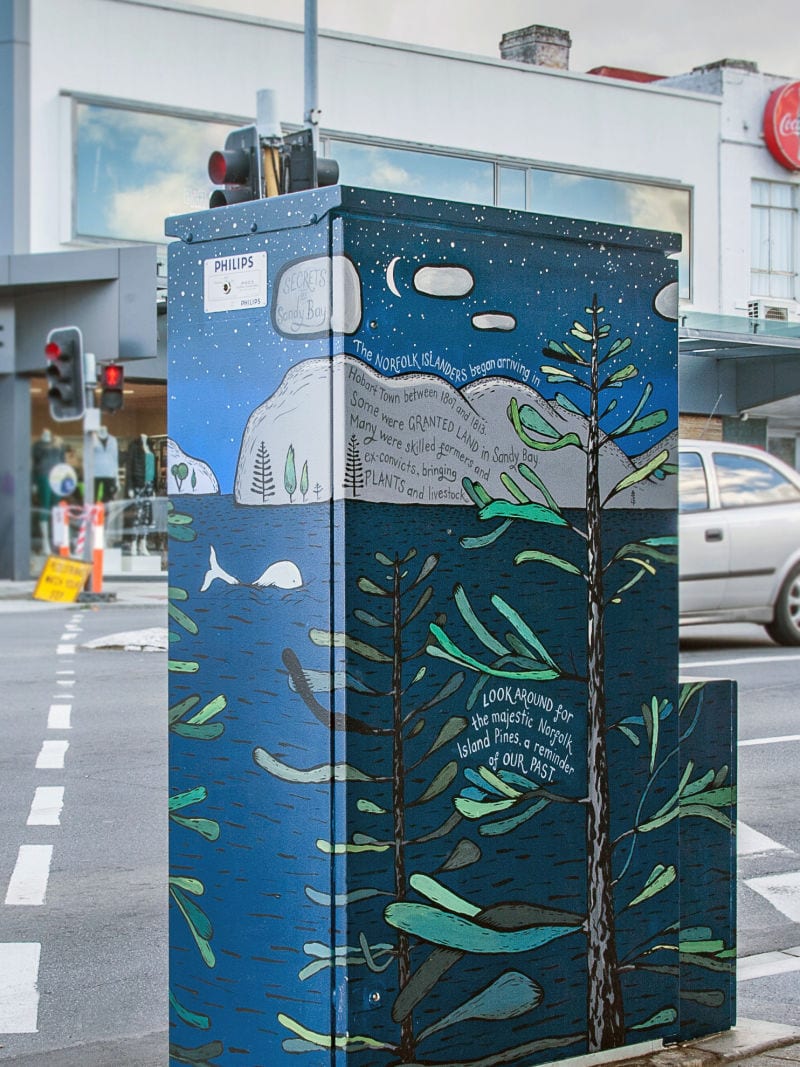