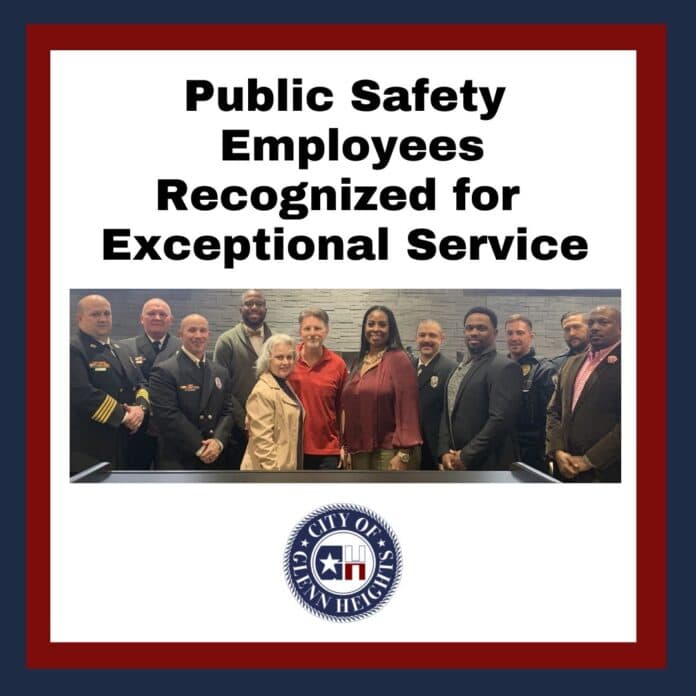 Few people can say they’ve died and come back to life, and in Kenneth Berta’s case, he was “brought back to life” a dozen times.

It happened last year in October.

“We are very active in the swing dance community in Dallas,” Michelle, Ken’s wife, says. “We had been at a dance house party in Arlington and had just arrived home.”

She said as they were getting ready to sleep, Ken looked at her with a ‘funny look on his face.’

“When the heart attack happened, we were actually in bed talking. I was looking right at Ken when it happened. He made a funny face, and I asked him if he was ok. He didn’t respond. When I asked again and got no response, I told him I was calling 911.”

Michelle said it looked like he started to focus to say something, but then he didn’t, so she grabbed his phone and called 911.

She explains, “Because it happened so suddenly, there was no warning or symptom, I had no idea what was happening. I didn’t know if it was a heart attack, stroke, or what it was. He basically died in an instant. He stopped breathing, then his heart stopped. His body turned purple while I was on the phone.”

EMTs to the Rescue

Police Officers Joshua Hayden and Josh Kellis were the first to arrive to assess the situation. Right behind them were Firefighter Paramedics Josh Richmond, John Chapman, Justin Graham and Deputy Fire Chief Nicholas.

Working together, the paramedics began treatment. Ken was intubated, given medications through an IV and shocked one time in house. He was suffering from Asystole, a condition in which the heart ceases to beat, and Ventricular Tachycardia, a heart rhythm problem (arrhythmia) caused by irregular electrical signals in the lower chambers – ventricles – of the heart. This condition may also be called V-tach or VT.

A healthy heart typically beats about 60 to 100 times a minute at rest. In ventricular tachycardia, the heart beats faster, usually 100 or more beats a minute. Sometimes the rapid heartbeat prevents the heart chambers from properly filling with blood. As a result, the heart may not be able to pump enough blood to the body. If this happens, you may feel short of breath or lightheaded, or you may lose consciousness.

En route to the hospital Ken was shocked five more times. Upon arriving at Baylor Waxahachie, he was shocked one more time in the ER bay, and the paramedics stayed in the trauma room 1 and assisted ER staff with their assessment of the situation. One of the EMTs stayed with Michelle for several hours outside of the ER room where they were working on Ken.

The couple met 27 years ago when Michelle’s brother Steve invited her to a company party. Recently divorced with two young children, Michelle wasn’t looking for a companion and went along – her brother is her best friend. She spotted Ken across the room, and he spotted her, even though he was being pursued by another woman at the party.

“There was an instant spark between us,” Michelle remembers. Ken found a way to get away from his pursuer and come meet Michelle. Michelle was wary at first. “We had both been through disastrous marriages and were divorced,” she explains. But they clicked and married 11 months later.

“We still don’t know if my brother Steve was a matchmaker or not,” Michelle says with a laught, but 26 years later, their marriage is going strong.

Recognizing that a big wedding is no guarantee for a happy marriage, the couple married on August 3, 1996, in the Oak Cliff Country Club, of which Ken’s parents had been members for years. The wedding was small with close family and friends and both of Michelle’s daughters, Erika and Nikki, were flower girls. Ken said vows to them that he would always love them and treat them as his own children.

Michelle said they enjoyed “The honeymoon of our dreams! We spent two glorious weeks in Maui.” Then when it was time for them to return to Texas, the charter airline they’d booked was having mechanical difficulties on all three of their planes. The couple ended up being stranded in Honolulu for an extra three days, although Michelle said it was Okay with them!

Michelle attributes Ken’s recovery from his heart attack as a true miracle. “We are a close family.” She explains. Her father lives 10 houses down the street, Ken’s mom, Shirley, lives right between them just five houses away. Through prayer and the quick, professional actions of the Firefighters/EMTs, Ken is alive – and thriving – today at age 60.

Michelle says she was the one who sees a doctor regularly and was just telling Ken before his attack in October that he should see one too.

“Now he has lots of follow up appointments!” she says happily. Ken only needed to attend three Physical Therapy sessions and is back at work.

On December 21, 2021, Life Saving awards were presented to the Firefighters and Letters of Commendation to the two police officers who responded. Michelle and Ken presented the awards at the ceremony.

Michelle says, “As I reflect on the miracles in my life, I suddenly realized that preceding any miracle has been extreme heartbreak. But when God restores, he gives so much more than what was taken away.”

Glenn Heights Public Safety employees were recognized for rendering life-saving services by Glenn Heights residents Kenneth and Michelle Berta, and the Glenn Heights Mayor and City Council. For their heroic deeds, the employees received Life-Saving Awards and Letters of Recognition.