By the time they make it through the wedding, a lot of brides and grooms just want to go lie on a beach somewhere. But some are ready to party – and they head to New Orleans. Some don’t even wait for the honeymoon, planning bachelor and bachelorette parties with their best buds in The Big Easy. But if you look beyond Bourbon Street, New Orleans is also one of the most romantic cities in the United States.

Whether it’s snuggling close on a carriage ride through the French Quarter or standing at the rail on a paddleboat ride on the Mississippi River, New Orleans has a lot for lovers.

First, there’s the hotels. The Big Easy has a place for you to stay whether you’re looking for a boutique, historic or haunted accommodations. The Royal Sonesta and Hotel Monteleone are celebrated hotels with old-world class. If you’re looking for ghosts, check out the Andrew Jackson Hotel (a pack of ghostly kids pulling pranks) or Jean Lafitte House (the lady in white wafting through the halls). For a beautiful boutique hotel right in the French Quarter, check out The Bienville House on Decatur Street.

There are literally dozens of wonderful hotels in New Orleans, just check the reviews and find a safe and comfortable place to stay.

Make reservations before you go

Naturally, some of the best adventures book up early, probably before you even arrive in New Orleans, so plan ahead and make reservations before you leave home.

Whether you like to cook or just want to eat, take a cooking class at the New Orleans School of Cooking. The school was started by Joe Cahn a friend of the late Chef Paul Prudhomme, where you can duck in for a couple of hours to learn some of the tricks of cooking Cajun style.

Students sit at round tables drinking tea or pitchers of beer while chefs cook and serve some of the best food in New Orleans, explaining how it’s done and passing out printed copies of the recipes. Diners don’t even have to get their hands dirty while they’re served a three-course meal starting with dishes like shrimp and artichoke soup, crawfish etouffee and finishing with warm pralines.

Ghost tours seem to come in two categories – those that cover the ghosts in the French Quarter and those that go to the cemeteries. Cemetery tours (which only seem to be during the day) always include the grave of voodoo priestess Marie Laveau. The cemeteries are beautiful with all the graves above ground, remember it floods in New Orleans.

Ghost tours in the French Quarter wander past houses with sordid histories from voodoo, evil doctors, tortured souls and pirates – and always have at least one stop at a friendly bar.

If you still haven’t had enough ghosts, have dinner at Muriel’s Jackson Square and dine with a spirit. The restaurant, formerly a home, was allegedly haunted by an aggravated former resident until they started setting him a place every evening. Since then, the sightings and incidents have lessened.

Catch a streetcar through the Garden District ($1.25 per person) and marvel at the million-dollar antebellum mansions. Hop off at Audubon Park and head to the zoo to see the white alligator.

Or take a swamp boat tour and watch for alligators in their natural habitats.

Plan to spend a day at the National World War II Museum, an amazing building that tells the story of the Greatest Generation with interactive exhibits and displays.

Nights are for partying and Bourbon Street has the club for you. Wander the street, listen and look until you find what suits you, whether it’s rock, country, Motown or Cajun.

After a night of partying, the best cure is beignets and café au latte from Café du Monde in the French Quarter. Line up with everyone else (the line moves fast) to get some strong coffee and fried pastries covered in powdered sugar. Check out the street artists hawking their wares and performing in front of St. Louis Cathedral in Jackson Square. Stroll over to the levee to marvel at the mighty Mississippi River. Find a souvenir at the French Market behind Café du Monde or duck into an antiques store on Royal Street for something with a bigger price tag. Check out Marie Laveau’s shop on Bourbon Street for a t-shirt or fertility doll.

After all that walking, you’re bound to be thirsty so head to Pat O’Brien’s piano bar to get blown away by a Hurricane and request a song for your sweetheart.

And don’t forget to eat – one of the best reasons to ever go to New Orleans.

Deanie’s Seafood Restaurant and Acme Oyster House are no-fail choices, and Mother’s Restaurant is the spot for po boys.

For a big night out, head to Arnaud’s or Antoine’s Restaurant, while The Court of Two Sisters and Brennan’s are famous for beautiful brunches.

Dance to Cajun music at Mulate’s

A personal favorite is crawfish etouffee and boot scooting to a live band on the big floor at Mulate’s New Orleans Cajun Restaurant.

New Orleans also has a lot of amazing Italian food, thanks to a massive immigration from Italy and Sicily. We found some fantastic food at Mona Lisa, a 15-table hole-in-the-wall on Royal Street, and delicious pasta and gumbo at Frank’s Restaurant near the French Market.

Best advice: Park the car and catch a streetcar or walk. Get a map for the French Quarter and a map for the streetcar routes. Make reservations for anything you really want to do in advance to avoid being disappointed.

And relax. It’s The Big Easy! 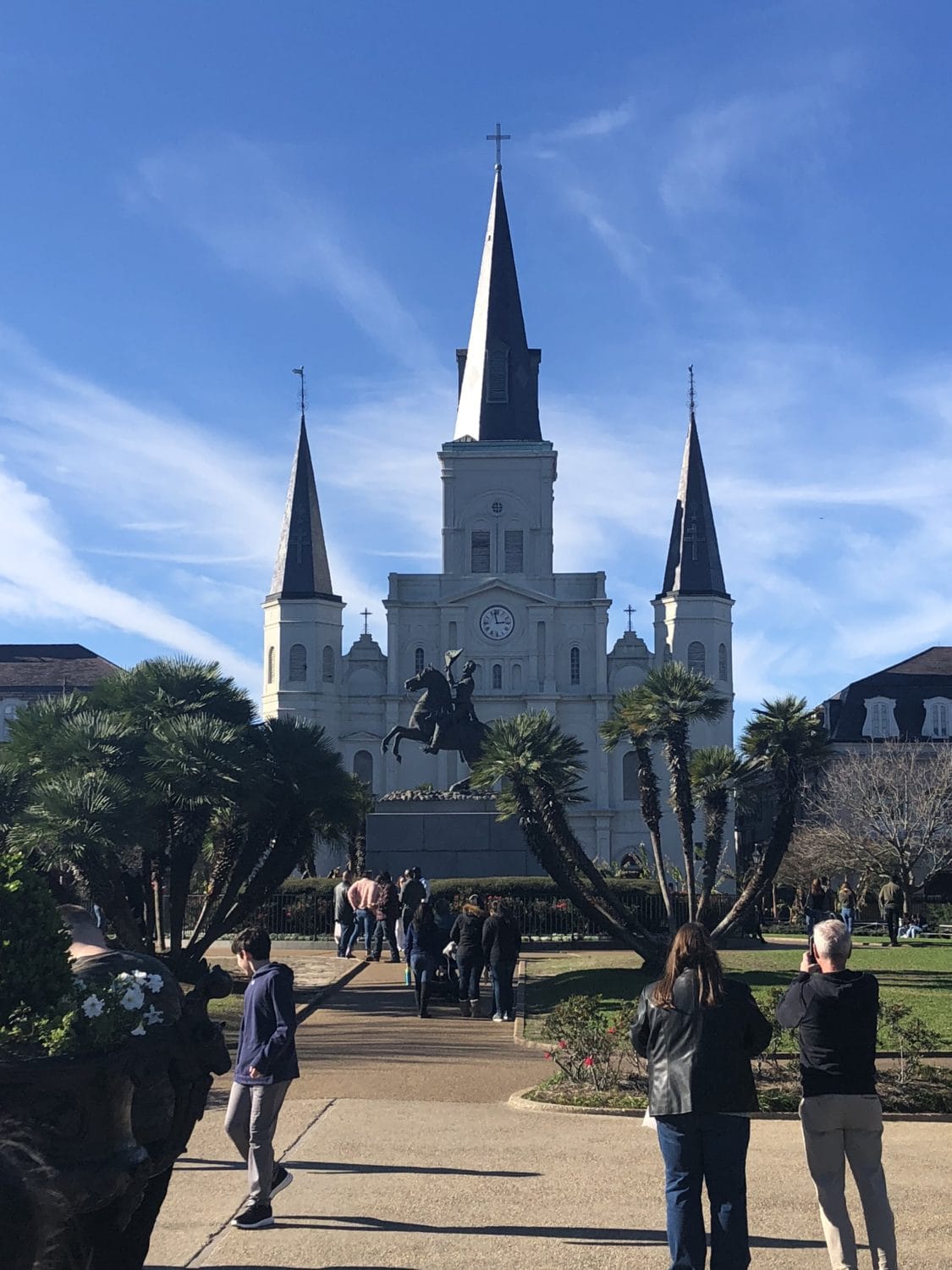