Duncanville Marches On Towards State

The game began with the Duncanville Panthers (13-0) in a bit of a struggle with Arlington Martin (11-2) at AT&T Stadium. Martin was able to make the Panthers punt the ball on their first three possessions. But, on the offensive side of the football, Martin was unable to capitalize on opportunities their defense created for them. The Panthers defense kept Martin at bay.

On the fourth possession, Duncanville took over in a deep hole on their own 12 yard-line. Quarterback Ja’Quinden Jackson took command of his offense on a six play drive that featured receiver Roderick Daniels with two receptions for 31 yards. Then Jackson completed a pass to Marcus Vinson for a 54 yard catch bringing the ball to the one yard line. Star running back Trysten Smith then took the pigskin over the goal line for the game’s first touchdown.

Martin looked to answer back, driving the ball down the field. But the Panthers front line was able to strip the quarterback Cydd Ford of the ball. Defensive lineman Kevon Ivy returned the fumble 80 yards for a touchdown. Martin, now down 14-0, did not stop believing they could still win.

On a nine play drive, Martin scored with a 36 yard touchdown pass to Cal Robinson, cutting the lead 14-7. Right before halftime, Duncanville was able to march down the field and kicker Eduardo Galvan made a 41 yard kick to give the Panthers a 17-7 lead as they went into the lockers.

A Strong Second Half

In the second half, Duncanville ran the ball at will with Ja’Quinden Jackson scoring three touchdown runs. Jackson scored from the one, from 26, and on an incredible 57 yarder.

Jackson finished the game with 299 total yards and three touchdowns. Not to be outdone, Duncanville’s running back Trysten Smith rushed for 130 yards and two touchdowns. The Panthers were able to move forward with a 45-17 win over Arlington Martin.

Next up Duncanville (13-0) will play Southlake Carroll (13-0) this coming Saturday at McKinney ISD Stadium 2:30 pm. This will be a rematch of last year’s game where the Panthers won 51-7. Can Duncanville duplicate last year’s game or will Southlake be up for the task? Tickets can be purchased online only or in person on game day at the gate.http://ow.ly/hWnM50xpJZr

Red Oak‘s Cinderella season has come to an end

Red Oak started the game hot, marching down the field on a 10 play drive ending with what seemed to be a touchdown pass. Referees called a flag on the play, however, negating the touchdown.

After the touchdown was lost, the Hawks tried, but missed a field goal. Aledo was able to take over with the ball on their own 20 yard-line. They went on a 14 play drive, but were stopped by the Hawks bend but don’t break defense. Aledo showcased their top running back, Jase McClellan, as he was able to score on 62 yard and one yard runs bringing Aledo to a 21-0 lead going into halftime.

Hawks Fought Until The End

Coach Ross did not allow his team to give up. Quarterback Josh Ervin passed for 227 yards and one touchdown to dynamic reviver Coby Cavil to cut the Aledo lead. Cavil gave it all he had with 11 receptions for 111 yards and a tremendous touchdown. Star running back C. J. Palmer scored the The Hawks’ final touchdown. The talented Palmer was able to rush for 106 yards.

Red Oak was clicking in the second half of the game. The score might show Aledo winning 35-14, but what the score does not show is the fight and heart that these young Hawks showed from start to finish. 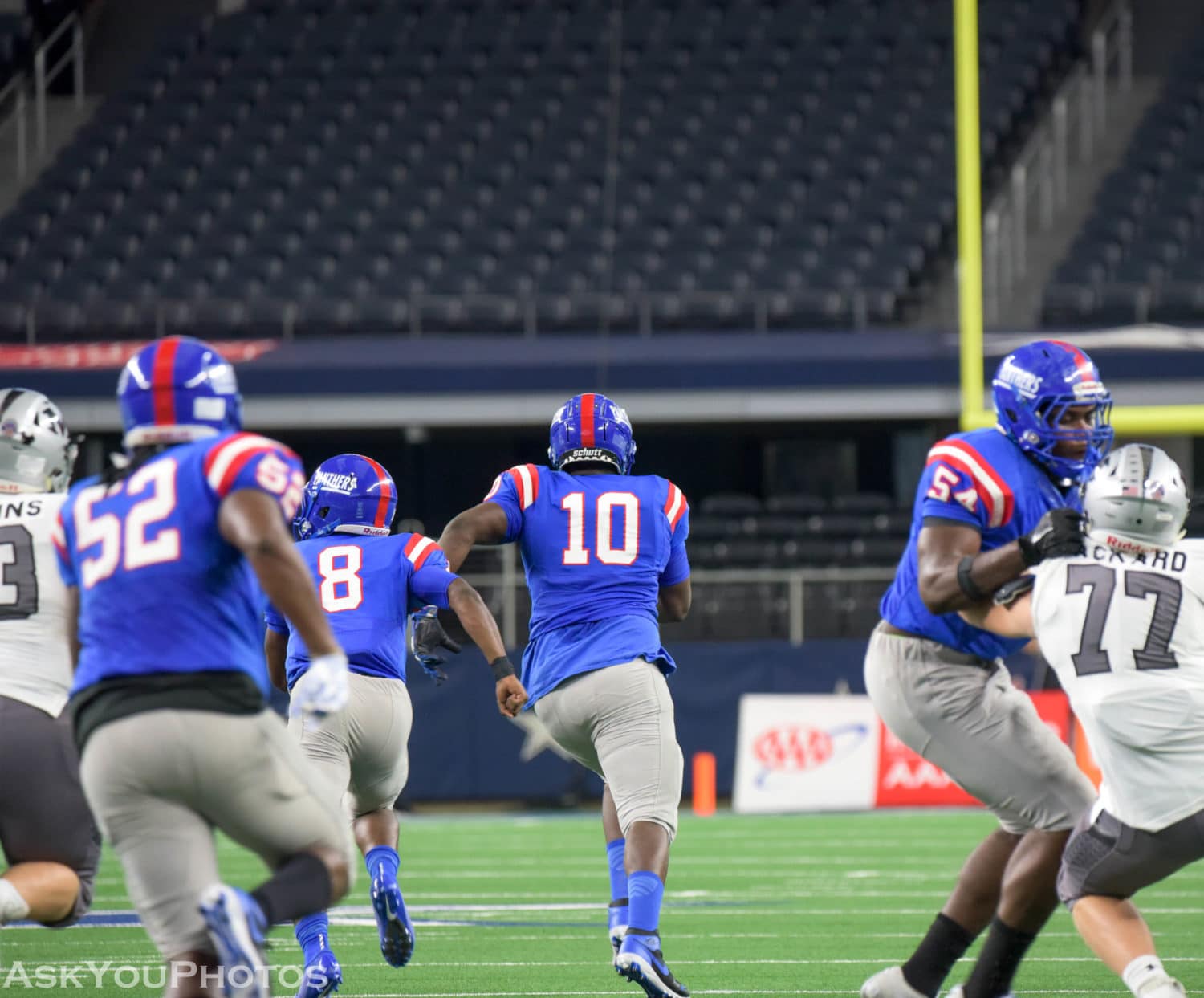