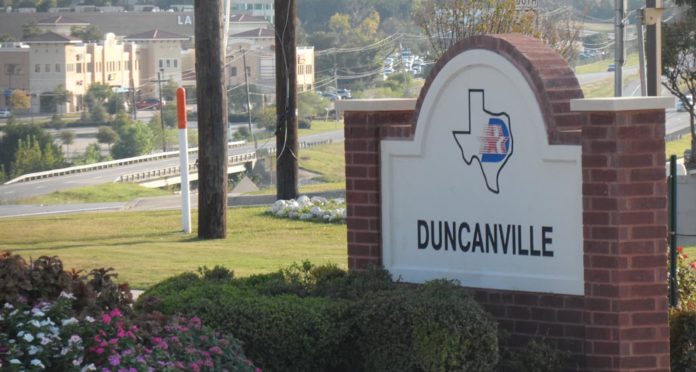 “In response to a recently filed sexual harassment suit by a City of Duncanville employee, the City denies the allegations. The City takes exception to the claims being made, and will vigorously defend such claims,” said Duncanville Spokesperson Cody Ann Bainter in a written statement.

Recreation Director Veronica Williams is seeking damages in excess of $1,000,000 against the director of parks and recreation and the City of Duncanville.

In the petition, Williams alleges that in January 2017, while preparing an upcoming 2017-18 budget presentation she discovered a photo of Stevenson holding his genitals on the Recreation Center server system.

Williams contends that she was offended that such a photo was on a city computer. Moreover, the computer system is accessible to part-time minors working for the recreation center. Following employee polices Williams says that she reported the incident to human resources.

Now on administrative leave, Williams’ petition alleges that she is the victim of retaliation from Stevenson after her report to HR officials.

City officials continue to tout these claims as false.

“The City has a zero-tolerance policy condemning all forms of sexual harassment or retaliation and is committed to equality between men and women in the workplace,” says Bainter.

The city of Duncanville was served on June 19. It has since been turned over to the Texas Municipal League Intergovernmental Risk pool and its appointed legal counsel.

The Texas Municipal League is an agency that provides services to state cities. Membership is voluntary and is open to any city. Membership fees are based on the population of the city, according to the league. Duncanville is one of more than 1,100 cities in Texas that pays to be a member of the league.

Membership includes  the Texas Municipal League Intergovernmental Risk Pool. The pool offers workers’ compensation, liability and property coverage. So whenever the league represents a member city in court, the league bears the brunt of settlement agreements and fees.