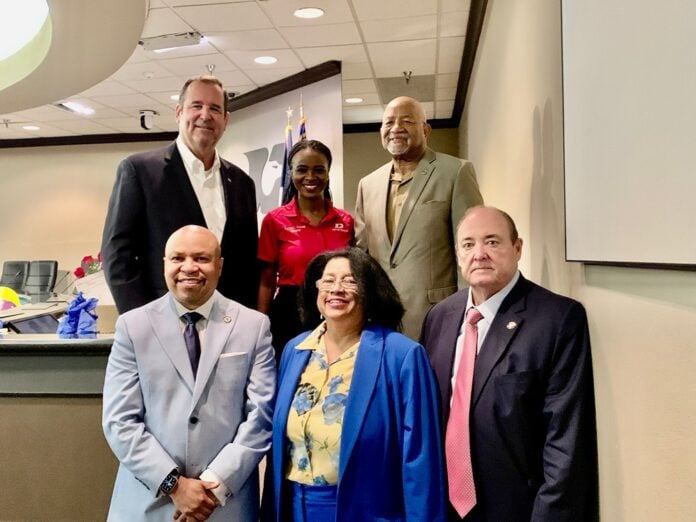 A Future Full of Growth

DESOTO – The City of DeSoto rang in its birthday celebration recently with an all-star cast in attendance at the party.

Sherman said “I was thrilled to be able to attend the 73rd birthday celebration for the City of DeSoto over the weekend. DeSoto has always been a proud home for me and my years on the City Council and as the Mayor of the city raised pride in me from a civic and personal standpoint. It was, in fact, a stepping stone to where I am today. Congratulations on DeSoto’s celebration and birthday. Anyone who knows this city knows there are only great things ahead.”

Dallas County Commission District 3, John Wiley Price noted in his recognition to the city “Everything about DeSoto has changed over the past 73 years, but the sustained potential for an expansive economy and a thriving populous is still intact.”

Former Mayor Rozier, who is now the Ellis County Tax Assessor said of the event “It was a nice event.  The population has certainly grown since I was the mayor of that city and it was good to see the familiar faces.”

Current Mayor Rachel Proctor said “Those of us in leadership positions today owe a tremendous debt of gratitude to our distinguished predecessors. The lessons that we learn from our guests today will help us all to better understand and shoulder the important responsibility that our residents have entrusted us with.”

In all about 100 people were in attendance for the celebration.

“One thing that we have learned after two years of dealing with a pandemic is that celebrating birthdays is important,” Proctor concluded. “Celebrating every day is important. And we should never take it for granted. Thank you all for making DeSoto the great City that is today and will continue to be in our future. And that future is a bright one!”