David P. Mowery, a friend since 1987, passed away in his home earlier this week. He has been the accountant for Focus Daily News and it’s forerunning companies since that time. But, he is much more than that to me personally and to many others in this area. I was flooded with phone calls from those who have known him over the many years this morning, and unable to coherently speak to many of them.

David was very active in the DeSoto Chamber of Commerce and other aspects within the City of DeSoto and the Best Southwest ever since I have known him. He was so instrumental at the Chamber, and the newspaper over those years that when we bought another newspaper in the mid-1990s, he joined the company in a senior management role as CFO. and actually published that paper for us from the time it was sold back to the original owner. He willingly moved to the city where it was located, got an apartment there and commuted back and forth to DeSoto once or twice a week so he could fulfill his CPA and Chamber duties in DeSoto.

After the sale of that newspaper, he moved back to DeSoto full time and became CFO of a trucking company in Lancaster. After retiring, he continued to work with a number of his most trusted CPA clients, dropping others as he moved into semi-retirement.

He always returned all phone calls and willingly replied to all requests, even during busy season, whether it was taxes or Santa duties, he always made time for friends and family. I have fond memories of going with him to the Whataburger at the corner of Hampton and Pleasant Run roads between three and four in the morning when we both had offices near there on North Hampton Road.

Dave was always in good spirits and could laugh at himself. When he fell in October he said, “I got bored & impersonated Humpty Dumpty but I’m okay now.”

In November, I became concerned when I was unable to reach him for several days. Because of COVID concerns we were “isolating” at home, so I had the police department go for a wellness check. Apparently dispatch misunderstood me, so we both had a good laugh when the Police Department banged on his door and said “We were sent to check on Marlon Hanson by Dave Mowery.”

Recently when we called him with tickets for Scarborough Faire, he mentioned he was having difficulty walking. He loved the giant turkey legs and going with his nieces and other young people from his church. He told me that problems with walking were making it very difficult to get around each succeeding day. 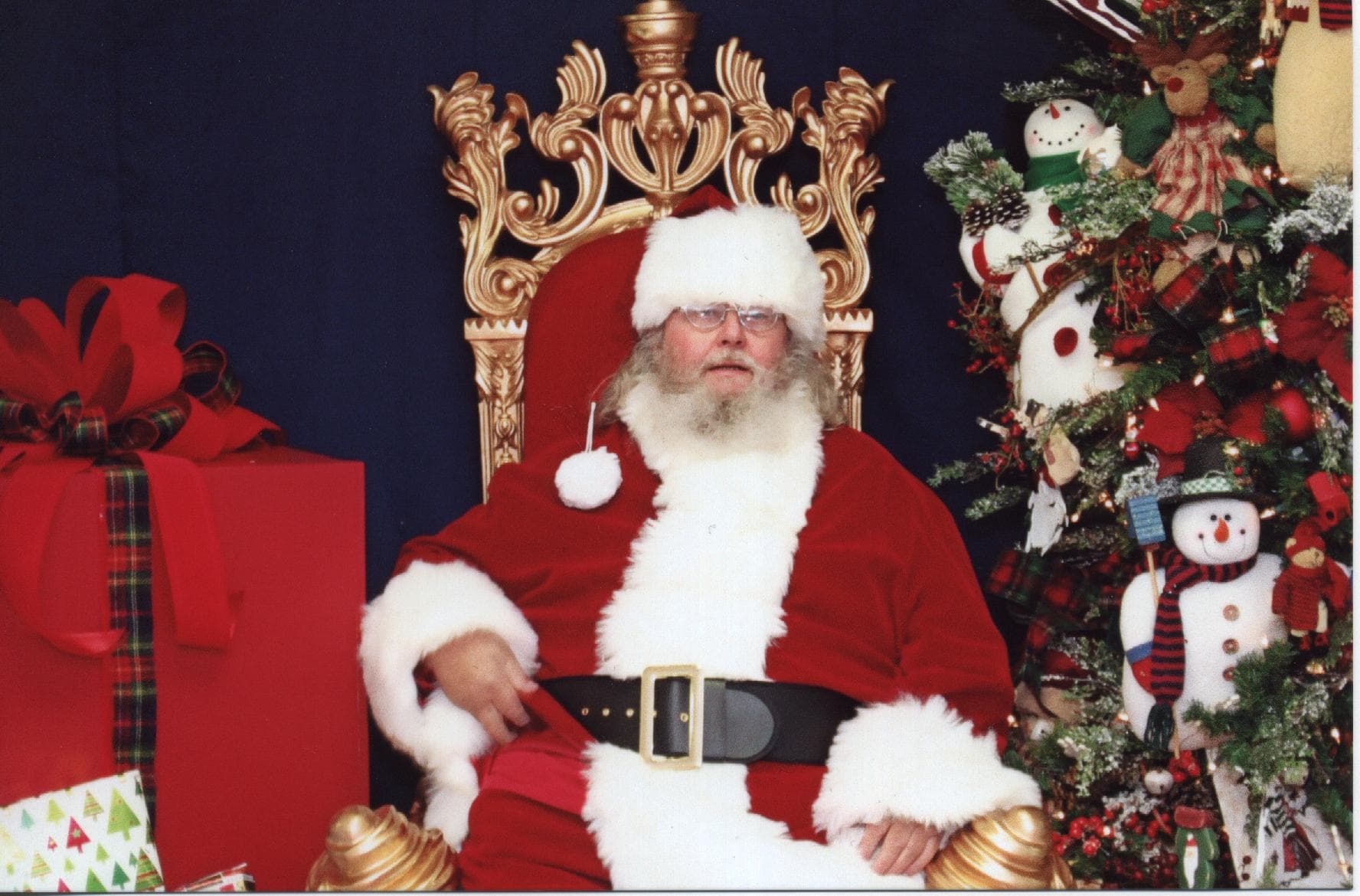 David Mowery as Santa ClausDavid loved his part-time gig every Christmas season as a Santa Claus for many civic organizations, even serving that roll for General Motors when engaged to do so by Vicki Cosgrove, a mutual friend he had met through the paper and had served with in manning a Focus Daily News booth at the SEMA show in Las Vegas.

One of my favorite Dave Mowery stories revolve around a trip to Vegas. He said he was startled when he flopped down on his bed, looked up and saw this “fat old man” reflected down at him by a mirror on the ceiling over the bed. “Is it normal hotel rooms in Vegas have mirrors on the ceiling?” Every year when we would go to SEMA since, he would remind me that he did not want to stay in such a room again.

I have no idea who I will call when I need to talk with a friend in the future who knows everything about me, my family, the newspaper and so much about life in general. David will be sorely missed in far more ways than I can count.

David has been a very religious man the entire time I have known him. I know he is in Heaven looking down on us all now. We all miss you David. We love you, until we meet again old friend!!

At this time we don’t have any details on arrangements.