He didn’t hesitate to say that Cedar Hill High School senior Courtland Ford was the best offensive lineman that he’s coached during that time.

“He’s very athletic, smart and has a great Football IQ,” Lynn said. “With his size and strength, it’s quite possible that he will play on Sundays.”

Last fall, Ford, who stands 6-feet, 6 inches and weighs 300 pounds, led the Longhorns to a 9-3 record and the District 7A-6 Championship.

“Up front, we went as he went,” Lynn said. “Opponents knew we would run to his side, and he was still able to deliver.”

Ford will continue his football career on the West Coast as a University of Southern California (USC) freshman. He chose the Trojans over offers from virtually every college football powerhouse.

Ford plans to head out to Los Angeles later this month, and he is leaning toward studying Business, with an eye on pursuing entrepreneurship.

“I visited USC in December, and I really liked the environment, coaches and players,” Ford said.

During the COVID-19 Pandemic, USC sent a workout packet, so that their current and future players could stay in shape, while social distancing.

Having a weight room inside his family’s house also helped, said Ford, considered one of the top offensive tackles in the country.

Ford greatly admires Dallas Cowboys offensive tackle Tyron Smith, who graduated from USC and was a first round NFL Draft Pick in 2011.

“I try to mirror my moves, based on Tyron Smith,” Ford said.

Ford moved to Cedar Hill from Peoria, Illinois during middle school. At the time, basketball was his favorite sport, but being in the Lone Star State quickly shifted his athletic priorities toward football.

At USC, the offensive coordinator is Graham Harrell, who graduated from Ennis High School, in neighboring Ellis County, before playing quarterback at Texas Tech.

Coincidentally, Ford will graduate from Cedar Hill High School at 6 p.m. this Tuesday, and the graduation ceremony will be at Texas Motorplex in Ennis. 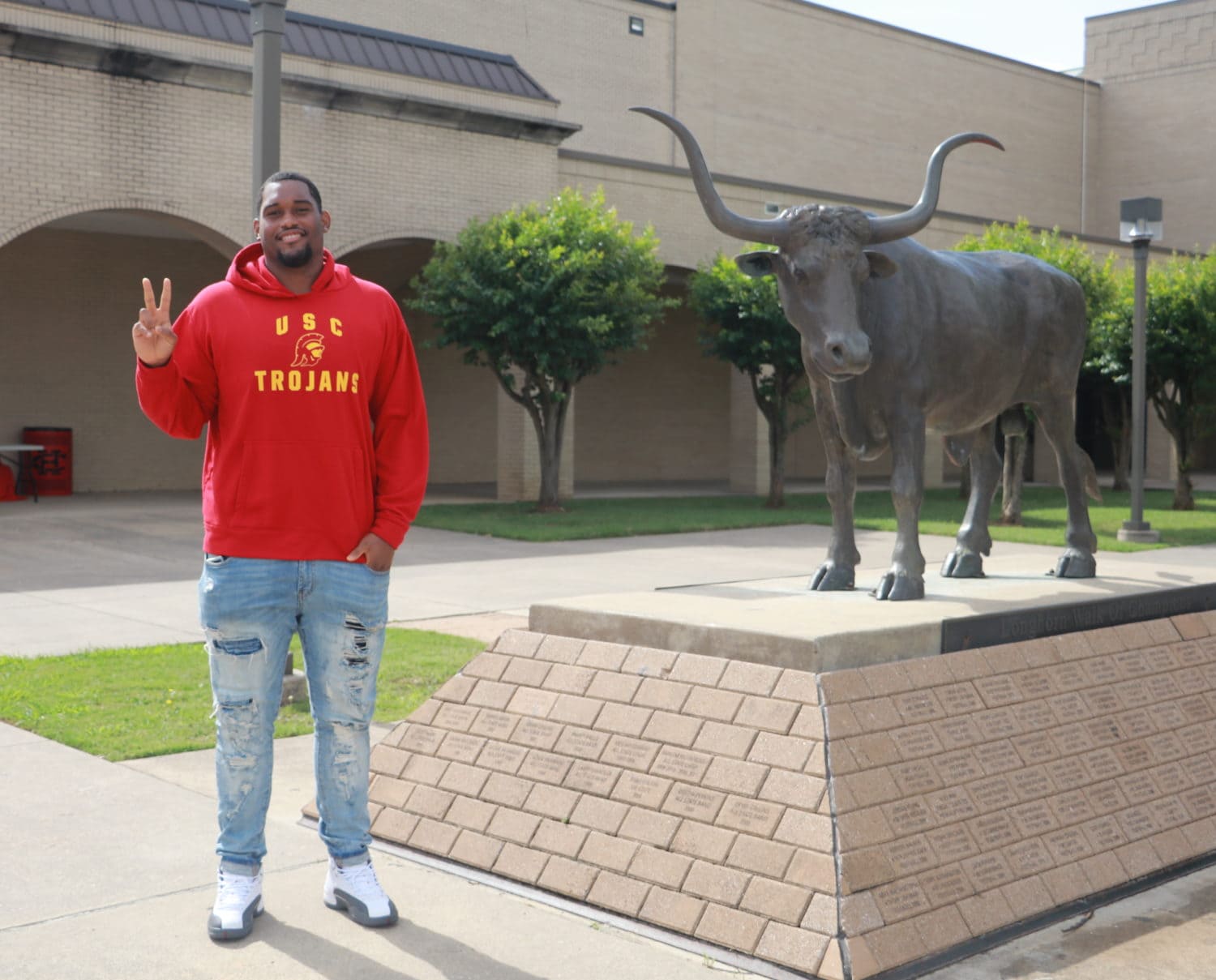