The Memorial is located just inside Fair Park, next to the main DART entrance at Parry and Exposition Avenues. It is close to the Music Hall at Fair Park and the Automobile Building. The wreath-laying ceremony is open to the public, and will begin promptly at 11 a.m. A period of fellowship will follow.

National Vietnam War Veterans Day unites Americans as we thank and honor Vietnam veterans and their families for their service and sacrifice. March 29 was first recognized by President Nixon to commemorate the last day of operations by U.S. Military Assistance Command in Vietnam (MACV). The Vietnam War Veterans Recognition Act was signed into law in 2017. Its intention is to give a welcome home and to thank Vietnam Veterans for their sacrifice to the Nation.

Anyone who is unable to make it to the program Monday is encouraged to visit the Memorial during a visit to Fair Park throughout the year, or during the State Fair of Texas.

The Texas Vietnam Veterans Memorial stands as a tribute to those who sacrificed their lives in the Vietnam War, the longest military conflict in U.S. history. Former President George H. Bush dedicated the memorial in 1989. Five tablets of Texas granite bear the names of Texans killed or missing in action, including nine Congressional Medal of Honor recipients. A soothing waterfall flows alongside the memorial, which is familiarly known simply as, “The Wall.” Every day during the run of the annual State Fair of Texas, the board of the Friends of the Texas Vietnam Veterans Memorial has Vietnam Veterans on the memorial site to speak with fairgoers. They also pass out American Flag stickers that can be placed on the Memorial panels. For more information, visit facebook.com/texasvietnamveterans. 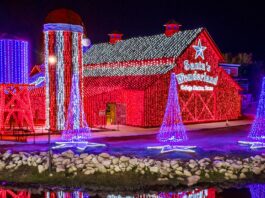 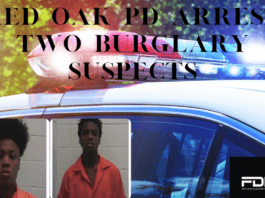 Powered by Convert Plus
76 shares