“I’m very excited, honored and humbled to serve as the Director of Athletics,” Benjamin said. “I’ve heard from scholars I hadn’t heard from since 2004 or 2005, and they’ve reached out today to offer congratulations.”

Benjamin has worked her entire 22-year career at Cedar Hill ISD. She started as a Health and Physical Education Teacher at Permenter Middle School in 1998. She coached Girls Basketball, Volleyball and Track & Field, and started the Cross Country Program there.

“On behalf of myself and the Board of Trustees, we are honored to have Melanie Benjamin as our Director of Athletics,” CHISD Superintendent Dr. Gerald Hudson said. “Benjamin has dedicated her entire career to CHISD, and she has demonstrated the skills to lead our athletic programs into the future.”

“I learned great leadership skills from Gina Farmer,” Benjamin said. “I learned how to be resilient and to take on every day with love for the sport and love for your school district.”

Benjamin acknowledged that this is a challenging time to be an athletic director, given the closure of classes and activities due to the Coronavirus (COVID-19).

“It’s definitely a challenge in that it’s something we’ve never had to deal with before,” Benjamins said. “It is especially challenging for our seniors who have worked so hard in these spring sports, that they may not be able to play their senior year. We are working to get as much information to the kids and parents as possible, as it becomes available.”

Benjamin said the CHISD Coaches are working diligently to communicate with college coaches, to ensure that students are still receiving opportunities to play at the next level, despite the cancellation of games and practices.

As Benjamin navigates the current situation for the coaching staff and scholar-athletes, she is also focused on long term goals for the CHISD Athletic Department.

“We will continue to strive for greatness, win some more state championships and continue to be one of the top leading schools in 6A,” Benjamin said. “We want to be known, not just for our wins, but also for the fact that our kids are great examples in the community.”

Benjamin grew up in Gustine, Texas – 115 miles southwest of Cedar Hill – and she graduated in a class of 12 seniors from Class 1A Gustine High in 1992.

She played nearly every sport for the GHS Tigers and was inspired to become a teacher and coach by her grandfather, the late Roger Oliver, the former Gustine Superintendent and a longtime coach. The football stadium in Gustine bears Oliver’s name.

“I really looked up to my grandfather,” Benjamin said. “I enjoyed athletics and wanted to pass it on to the younger generation.”

Due to her longevity at Cedar Hill, Benjamin is now working with the second generation of student-athletes, as well as nieces and nephews of former athletes.

Her own family has deep ties to CHISD as well. Her husband, Kevin, is the Boys Track & Field Coach and wide receivers coach for the Football Team. Although Kevin is a coach, he does not report her. He works for Cedar Hill High School and reports to Principal Jason Miller.

Their son, Kamdyn, graduated from CHHS last spring and now plays wide receiver for the University of Tulsa Football Team. 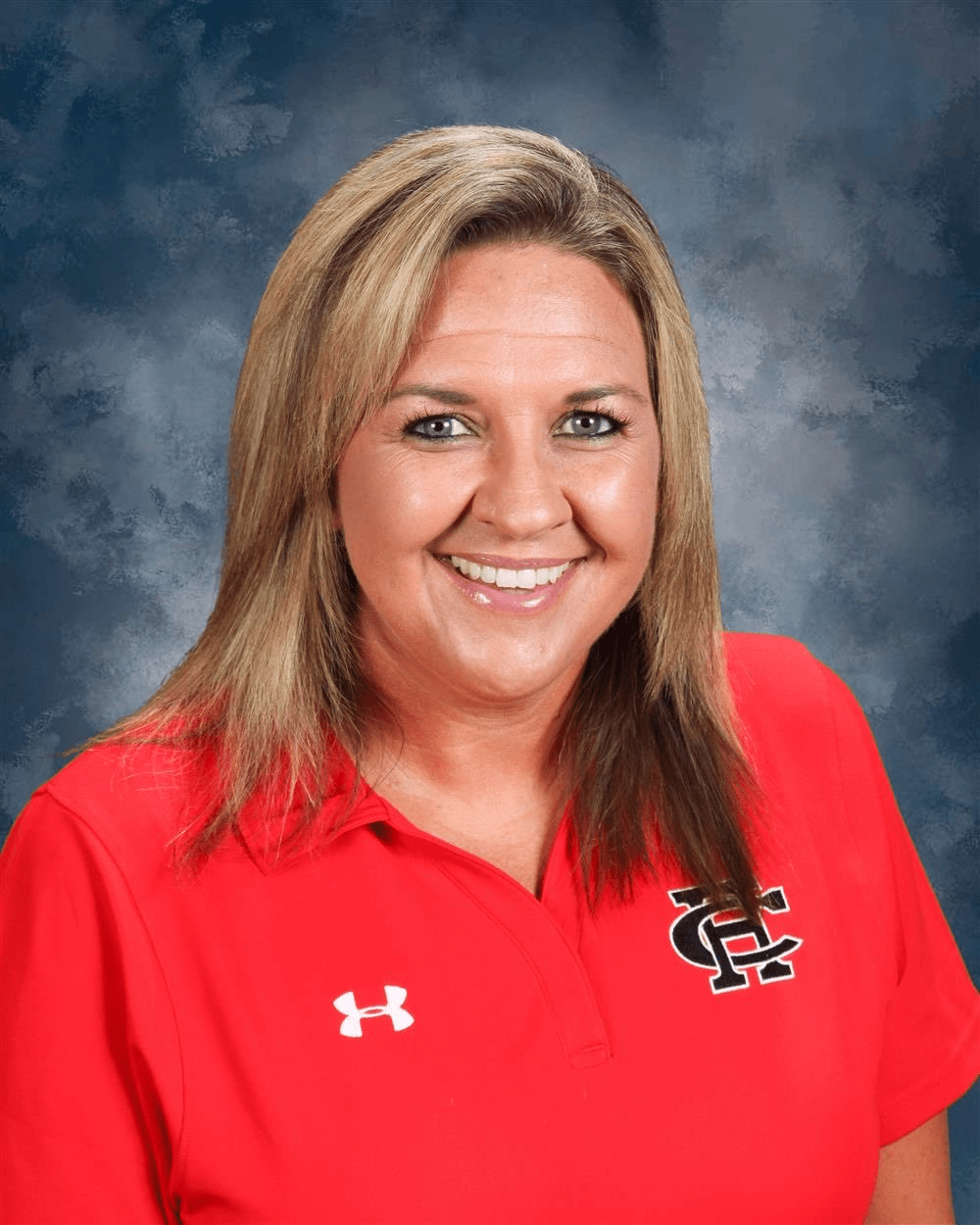