The “Battle of Beltline” lived up to the hype for the second year in a row as 10th ranked Cedar Hill Longhorns pulled off an upset win over the 6th rank DeSoto Eagles. Longhorns quarterback Kaidon Salter lead his team to a 49-42 victory. Salter accounted for 6 touchdowns and nearly 400 yards total and six touchdowns.

For some people, this is just a game, but for others it’s more than a game. As fans came in, you could feel the energy in the air. Coach Mathis of the DeSoto Eagles had his young men focused as they took the field. You could see it was nothing but business on their faces. On the other side of the field, Coach Lynn for the Cedar Hill Longhorns also had his team locked in as they took the field.

The Eagles were able to get on the scoreboard first, with a 12-play drive that ended with quarterback Samari Collier scoring on a 4-yard run. Not to be out done, Longhorns quarterback Kaidon Salter threw a pass in the right corner of the endzone as Jayden Moore made an incredible one-handed catch. The crowd went wild and this was truly one of the best catches of the season. The Eagles were not going to let that get them down. They were able to score two more touchdowns, while the Longhorns put up three more touchdowns themselves. As the two teams when into the half, the Longhorns were up 28-20.

Touchdowns Went Back And Forth

As the third quarter started, the Longhorns were able to take a commanding lead as their dynamic running back Kevin Young Jr scored on a 27-yard touchdown run. Young was an important key as he accounted for 172 yards and two touchdowns in the game. The Tennessee commit, Kaidon Salter, showed his determination on a key fourth down play as he was able to bust past the DeSoto defensive line for a 48-yard touchdown to seal the game.

Next up for the Cedar Hill Longhorns are the Duncanville Panthers! If you are a football fan, you won’t want to miss this game. 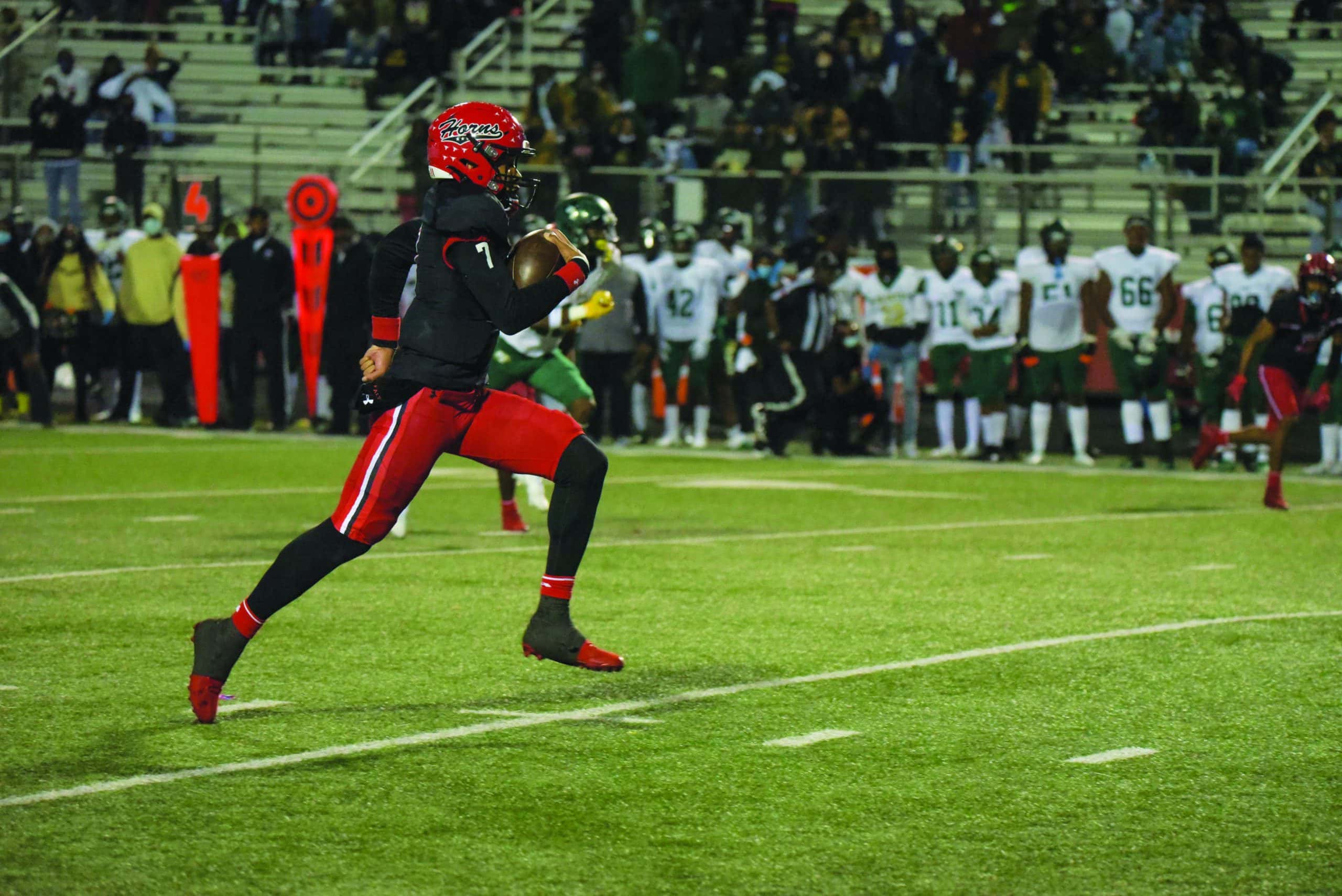