Well before the morning sun has begun to warm the vacant parking lot on the University of North Texas at Dallas campus, Jack Allday is headed toward his small office on the third floor of a virtually empty building. With staff and students not on campus, teaching and learning from home due to the threat of the COVID-19 pandemic, the few people the school’s Athletic Director is likely to see during the course of his work day are an occasional maintenance worker or a member of the cleaning crew.

Yet he arrives daily and tends the myriad chores of guiding the south Dallas university into its first year of intercollegiate athletic competition. He pours over a tight budget and men’s and women’s basketball schedules that have been revised again and again because of the virus interference, checks on the needs of his new coaches and student athletes, makes sure the game uniforms he ordered have arrived, and talks regularly to fellow members of the NAIA’s Sooner Athletic Conference for advice and to stay abreast of how they are dealing with the unique times. He’s not a work-from-home guy.

Like so many today, Allday’s connection to the outside world is via Zoom or cell phone, text or email, rather than hosting guests in his cluttered but comfortable office.

Despite the isolation and unforeseen challenges, there is an infectious enthusiasm about the former advertising agency president who worked his way through SMU playing drums in an iconic rock ‘n roll band called The Nightcaps. Though soon to be 80, there is rare energy to his step and an air of genuine excitement about what he sees ahead.

“Allday has done a great job preparing us for our first season,” says Howard. “He’s navigated us through some really tough times to get to this point.” Belcher agrees.

Now, just days away, comes the milestone Allday has worked toward during his five-year association with UNT Dallas — even if it won’t be quite what he’d hoped.

Plans for a pull-out-all-the-stops promotion of the historic home debut had to be scrubbed when it was determined that none of the school’s students would be on campus to join into the celebration. And, there will be a mandated limit on spectators allowed to visit the nearby Oak Cliff Bible Fellowship gymnasium, UNT Dallas’ temporary home.

All things he can work around, says Allday, who is a rarity in his profession inasmuch as he is charged with developing an athletic program on a campus which hasn’t a single athletic facility on its grounds. That, he points out, will change when, in time, a planned activities center and gymnasium, running track, and soccer and baseball fields become part of the campus landscape.

“Sure, this year has been a challenge,” Allday says, “but the same for all of us, from the D-1 powerhouses to the smallest private institutions. The good news for UNT-Dallas is that, thanks to the persistence of our coaches and the support of our administration, we’re playing basketball.” 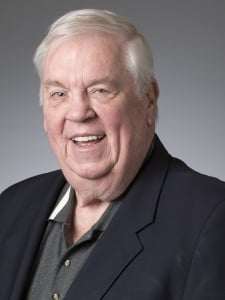