Bullock was transported to an area hospital for treatment; where he later passed away as a result of the injuries suffered in the accident. Officers spoke with the driver who advised he had just left his home and was on his way to work.

During his college career, Bullock recorded 1,074 yards and four touchdowns for the Hawkeyes.

“With tears streaming down my face as I create this post I regretfully have to say that we lost our son Damon to a terrible accident this morning,” his mother, Kimberly Handy, wrote on Instagram. “I will never be the same. I don’t know how or what to do. We appreciate every prayer, text, and phone call received. PLEASE PRAY FOR US! I don’t understand. You know OUR name Lord!! Please!!! I am heartbroken.”

Iowa football coach Kirk Ferentz also issued a statement reading: “Our thoughts and prayers are with Damon’s parents, Kimberly and Roscoe, and the entire family. Damon’s tragic and unexpected death is a shock to all of us in the Iowa football program, as well as his former teammates. Damon was an outstanding young man, and we enjoyed him being a part of the Hawkeye football program.”

The initial accident involving Bullock and the Chevy Malibu is still under investigation. 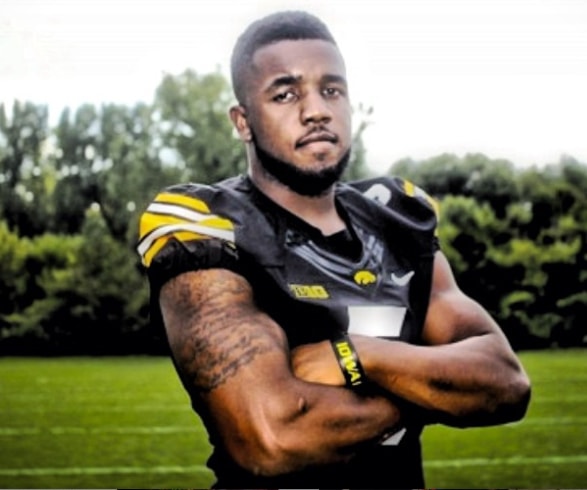