The School Board at Cedar Hill ISD reviewed the progress made the first few weeks of this school year and looked forward to the future in their meeting the evening of September 21.

Neil Bolton began the meeting by providing technology and school supply updates: Device support, phone number hotline, and website. On August 29, the district delivered 2054 Chromebooks to campuses for families. More are being delivered as they arrive and are needed. Principals are identifying families still needing them. Backpacks were also delivered on August 29, and 650 families received their supplies.

He continued relating since Sept 1, 990 emails have been sent, 1070 helpdesk tickets. 29% were resolved immediately 44% became help desk tickets. There are still 154 emails and tickets remaining to be resolved.

In order to make things better for staff regarding childcare, they were allowed to make applications to bring their children to school with them as long as safety protocols would be observed. They received 104 applications and 103 were approved.

Mr. Grant addressed the Board on actual attendance thus far this school year. The trend of students attending school during the first week of school shows attendance has declined in the first week from 7556 last year to 7298 this year. “Our goal now is to find the students not engaged in learning.” As of September 21 there are 951 students who are classified as no shows. There are some issues in ensuring that all students are being counted. If student is not signed in by 6 pm, the parents will be called and urged to insure the student signs in before midnight. After this, district personnel will begin visiting homes regarding students who have not been signing in.

Campus officials will be asked to create a team to go to the homes after October 1 if students are not signing in. Then, the team, along with a police officer, will be visiting homes of students not attending.

Dr. Cherron Ukpaka related that after Schoology 2.0. Grading was discussed and how to set it up. Pages and assignments were constructed all the way up through 12th grade. Everyone has been sent a report on how they did through 1.0 and 2.0. If they get stuck there are screen shots to help guide them. There were a total of 26,451 sessions based on logging in.

Around 600 parents visited the first Schoology report site on August 31 and the next day there were 620 who visited. Parents can still go back to view their Schoology guides.

The District Motto, Vision and Mission Statement, CHISD Board Constraints, Quarterly Progress Tracker, the Monitoring Calendar and Board constraints and Superintendent constraints were read and agreed to.

The Permenter Principal related how proud the school is especially of two teachers, one science teacher who extracted the plasma from a strawberry for students and a history teacher who brings history to life for students.

Lake Ridge motto is the “Race to Excellence has no finish line.” The goal on campus is to have families involved and engaged with the school. Lake Ridge Elementary is in the Top 25% in comparative academic growth.

Discussed during the meeting and emailed to residents after the meeting was the following message by Superintendent Hudson:
“The mission of Cedar Hill ISD is to develop resilient scholars who excel academically and are empowered to serve. Our scholars will work hard in the classroom and challenge themselves with rigorous coursework. They will also understand that gaining knowledge and skills are only beneficial if they have the heart to use them to serve those around them.

The Cedar Hill ISD vision is Unlocking every Longhorn’s potential. Each and every one of our scholars has a significant amount of potential, and it is our role as educators and support staff to help them find and channel it towards a successful pathway.

Our Motto is Educate. Empower. Inspire. We are educating our scholars, but beyond that we are helping them as they make important decisions that will shape the rest of their lives.

We chose the mission, vision and motto because of their formidable strength and power, but we understand that they must be supported by our specific student outcome goals, which are:

The Tax Rate Wil Go Down

This year the proposed tax rate for next year is once again decreasing, just as it has the last couple years. Gilberto Prado presented the tax budget to the board. In maintenance and operations taxes, CHISD is fourth lowest out of 22 districts in the area. The 2020-2021 total tax rate will be $1.2833, with a Maintenance and Operations (M&O) tax rate of $.9473 and $.3360 for Interest and Sinking (I&S).

For those who might wonder why the taxes on their home have still been increasing even though the rate is decreasing it is because the values of their property has increased. 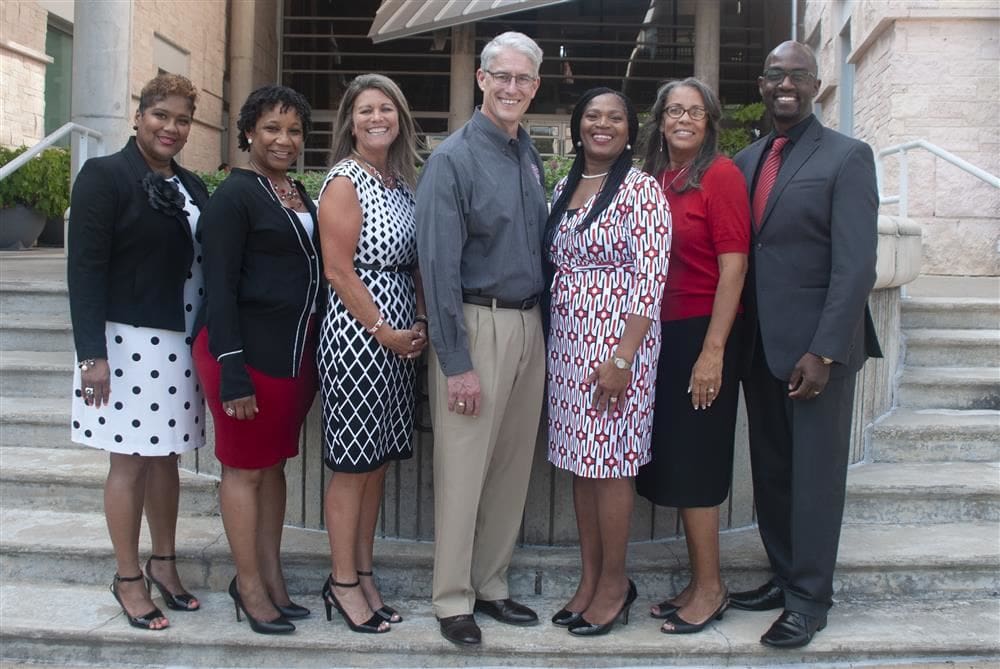