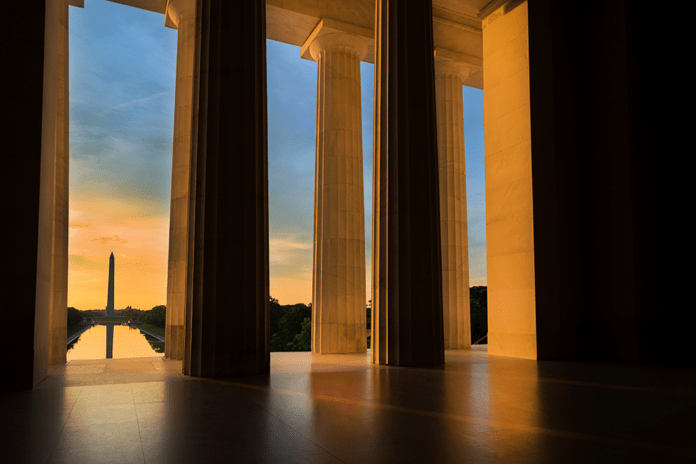 Washington, DC –The Fallen Journalists Memorial (FJM) Foundation, News Media Alliance, National Newspaper Association and National Association of Broadcasters today commended the U.S. House of Representatives on passing bipartisan legislation authorizing the FJM Foundation to establish a national memorial that honors the many reporters, editors, photographers and broadcasters who have lost their lives reporting the news.

“Washington has many monuments honoring those who have sacrificed their lives to protect our freedoms – yet, there is no memorial on public land to recognize the journalists who have made the same sacrifice,” stated FJM Foundation President Barbara Cochran. “Such a memorial will demonstrate to citizens and visitors from around the world that our country values a free press, honors the sacrifices of journalists, and supports the families, friends and colleagues of the fallen.”

“I am grateful to my former colleagues in Congress for approving this legislation and recognizing the sacrifices of those journalists who have been attacked, imprisoned and murdered around the world,” stated the Hon. David Dreier, former chairman of Tribune Publishing. “This memorial will be a testament to our commitment as a nation to the freedom of the press and an enduring symbol of freedom.”

Recognizing The Ultimate Sacrifice Journalists Have Made

“Over our nation’s history, hundreds of U.S. journalists have lost their lives while bringing critical news and information to Americans,” stated News Media Alliance President & CEO, David Chavern. “We applaud members of the House of Representatives for voting to approve the Fallen Journalists Memorial Act, which recognizes the ultimate sacrifice that these journalists have made to bring high-quality journalism to the public and to shine a light on domestic and world events. We also commend Representatives Raul Grijalva (D-AZ), Grace Napolitano (D-CA) and Tom Cole (R-OK) for their leadership in championing the legislation.”

“Journalists put their lives on the line for the American public whenever they go out into the world to cover conflict,” stated Matthew Adelman, President of the National Newspaper Association and Publisher of the Douglas Budget in Wyoming. “They do it because they believe in the public’s right to know. But they cannot always do their jobs safely. We recognize their valor and commitment in the plans to establish a memorial to Fallen Journalists and hope the lessons of their contributions will help to inform future generations about the importance of journalism in our democracy.”

Importance Of A Free Press

“A free press plays an indelible role in American democracy by reporting the facts to keep communities engaged and informed,” stated the Hon. Gordon H. Smith, President and CEO of the National Association of Broadcasters. “Sadly, hundreds of journalists have lost their lives throughout our history performing this invaluable public service. NAB, local radio and TV stations and our broadcast network partners thank the House of Representatives for passing the Fallen Journalists Memorial Act to honor their memory, and we strongly support the establishment of this monument to their ultimate sacrifice.”

The legislation authorizes the FJM Foundation to establish a memorial on federal land in Washington, DC to commemorate America’s commitment to a free press by honoring those journalists who sacrificed their lives in service to that cause. It precludes the building of such a memorial on what is known as the “Reserve,” the area of the Mall in Washington, DC where new commemorative works are prohibited.

The measure also prohibits the use of federal funds. It requires the FJM Foundation, which operates under the auspices of the National Press Club Journalism Institute, to follow a particular process to ensure that the memorial is appropriately designed, constructed and located, and that sufficient private funds are provided to the National Park Service to maintain the memorial.

Other organizations supporting the legislation include the Military Reporters and Editors Association, National Federation of Press Women, Committee to Protect Journalists, Freedom Forum, News Leaders Association and Reporters Committee for Freedom of the Press, and the Radio Television Digital News Association.