Bill Bragg, booming voice of the beloved State Fair of Texas icon Big Tex from 2002-2012, died Saturday at the age of 72.

Bragg followed in the footsteps of legendary WRR DJ “Old Jim Lowe” as the best known voice-over talent in Texas. Lowe was the voice of Big Tex, shouting “Howdy Folks!” to fairgoers from 1953-1980, and again from 1986-1998.

“He was larger than life and will be missed. Our condolences to his family and loved ones.”

Official reasons for Bragg abruptly losing his gig as the voice of Big Tex in 2013 were reported in news outlets as “contract disputes.” But those of us who knew Bragg heard a different story from him. Bragg believed he was fired because he asked to wave the flag for American Cancer Society’s Race for the Cure. His comments to that effect were eventually printed in several local publications.

To say Bragg badly wanted his job back would be an understatement. He sent written pleas to the Dallas Mayor, and gave interviews to numerous news outlets. He was even interviewed by BBC TV and “The Wall Street Journal.”

Rumors floated around the fairgrounds that Bragg had to go because “he had begun to get too big for his britches.” He had started to dress like Big Tex, and had even been seen strolling around the fair signing autographs for Big Tex fans.

Perhaps it was time for a change. After all, tragedy had already leveled Big Tex on the last Friday of the 2012 State Fair. The iconic statue caught fire and burned down in front of a
shocked and dismayed crowd of fair-goers.

Bragg grew up in Dallas, graduating from Hillcrest High School. He was an actor and broadcast engineer for CBS11 and Fox4 TV stations, and also had several TV and movie
roles. In “Bonnie and Clyde” he was a bank teller, with bit roles in other film and TV shows.

Who Is Big Tex?

The current Big Tex stands around 55 feet high, that’s 3 feet taller and 19,000 pounds heavier than the previous version. He is engineered to withstand hurricane-force winds. But the current voice of Big Tex remains a mystery. 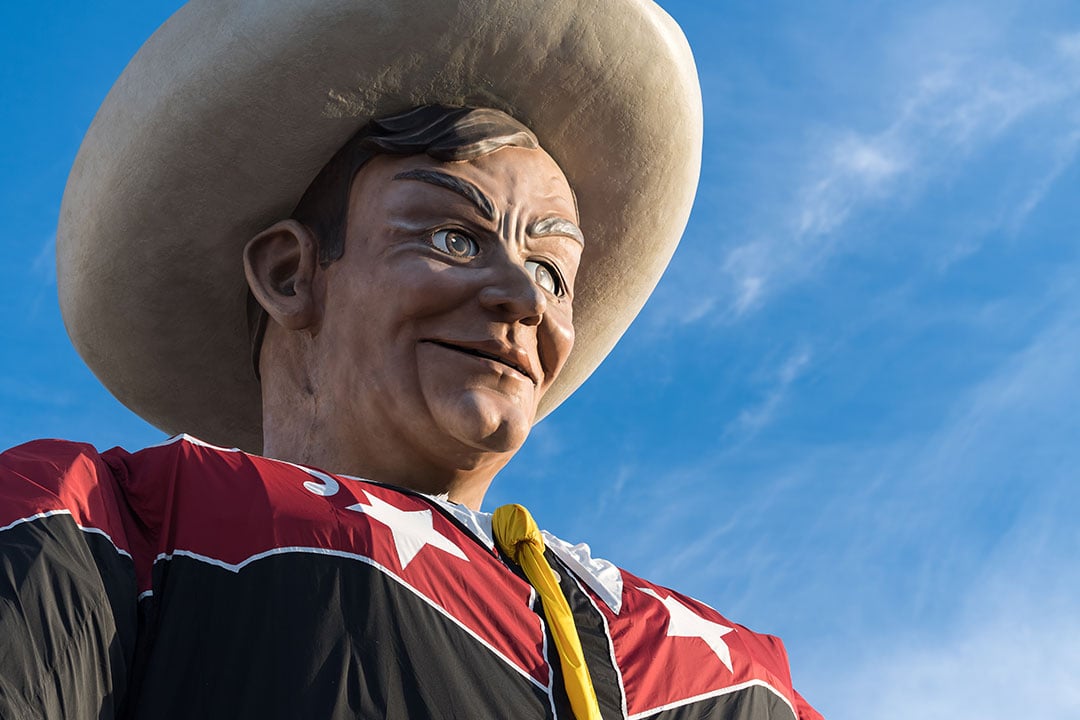