Big D Barbecue will soon be cueing up its popular Texas barbecue in downtown Midlothian.

Principal owner Jordy Jordan makes it clear that the Mansfield location at 226 N. Walnut Creek is not closing. The new Midlothian restaurant at 214 W. Avenue F will be Big D’s second location, he said.

“My original plan was to open in Midlothian in that exact spot,” said Jordan, who has lived in Midlothian for 16 years. “At that time, I didn’t want to do the improvements that were needed, so I found this place (in Mansfield).”

The 1,700-square-foot building in Midlothian will seat 50 to 65 people, Jordan said, and has an interesting history, once housing the city’s newspaper office. Jordan hopes to have the restaurant open in August, he said.

Some things will be different in Midlothian, Jordan says, like the addition of a full bar and Sunday brunch. A lot will be the same, like Big D’s popular pork ribs, sausage mac ‘n’ cheese, skillet taters, jalapeno cheddar sausage and brisket.

“The food is simple,” explained Mansfield manager Paul Cruz. “It’s classic and consistent. Jordy and them have found something that works. We try to duplicate it.”

Serving up consistent food is the key

“Consistency is the key,” he said. “We stay close to the way we started. The sauce is the original recipe that Jordy developed before we opened the restaurant.”

And all agree that the restaurant’s hospitality is the key.
“You can have really great barbecue and have a bad experience and never go back,” Jordan said. “Genuine hospitality has kind of disappeared. It’s too easy to be nice to somebody or kind to a customer.”

“It’s a neighborhood feel,” he said. “We know your name when you come in. It’s not forced or fake. You get to know people.”

Big D plans to continue that feel in Midlothian, they say.

“The way it was started, Jordy and I have a passion for what we do,” said Giddings, who is also Jordan’s father-in-law. “Family and a love for what we do roll over into our barbecue.”

The staff at Big D want customers to feel like they’re in their own home, Jordan said.

“We’ve injected ourselves into the community, giving back as much as we can,” he said. “In turn, the community has gathered around us.”

Jordan said that during the COVID-19 quarantine the Mansfield community has really rallied around Big D.

“If it wasn’t for the regular and new people that came out, we wouldn’t have survived,” Jordan said. “We have really felt the love. One regular bought a $500 gift card.”

Jordan hopes that the Midlothian restaurant will have the same culture and following. 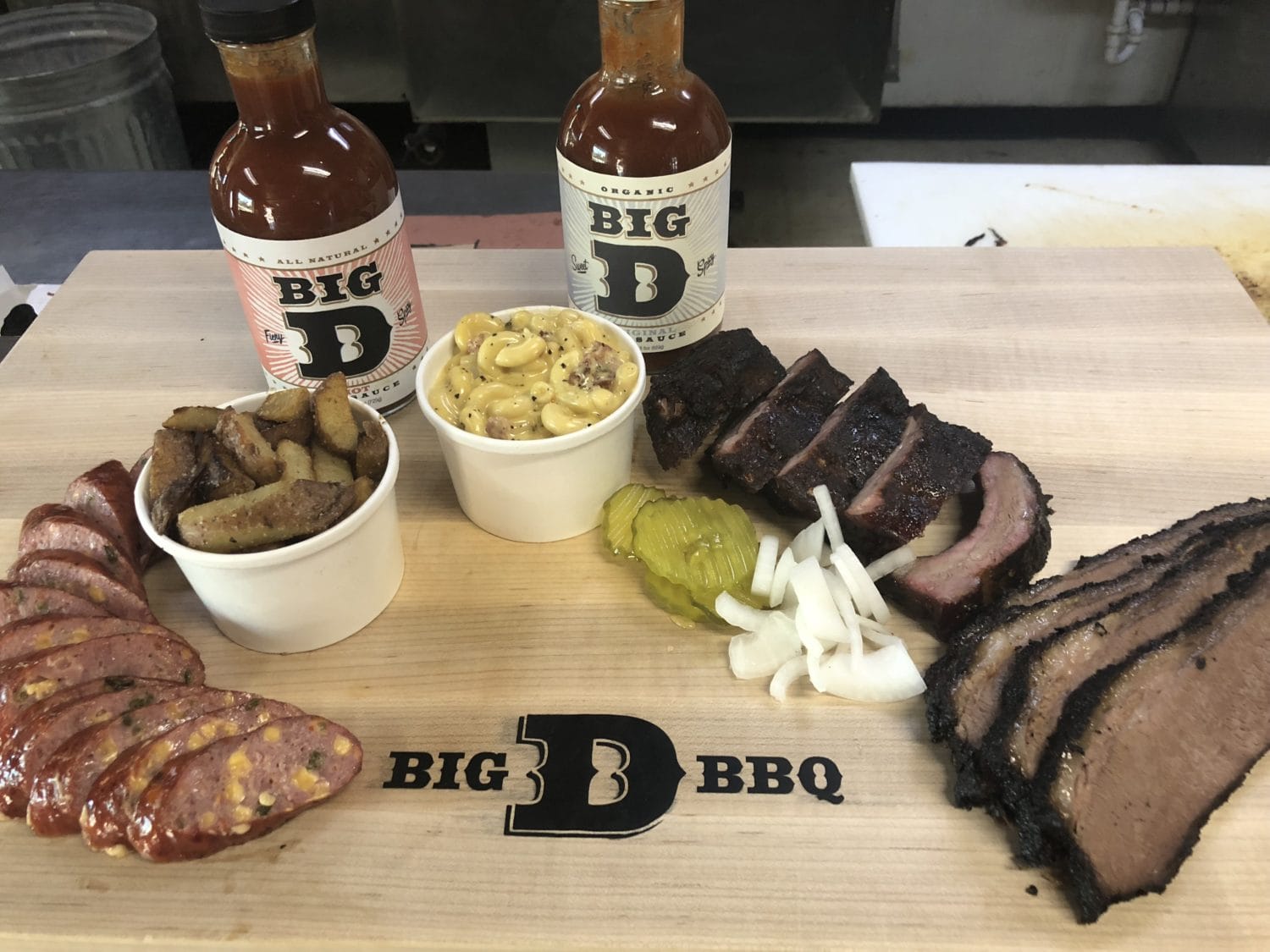