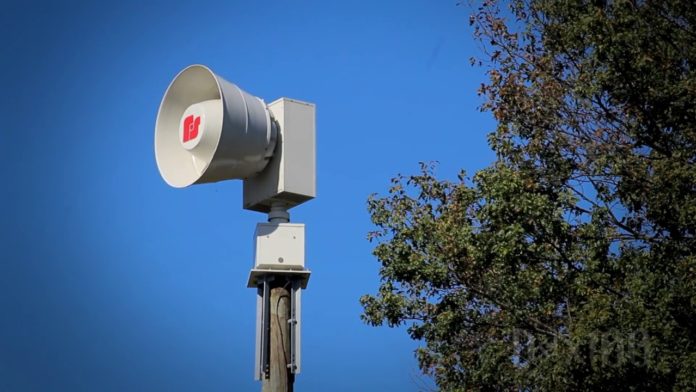 BEST SOUTHWEST—If you hear a tornado siren this afternoon don’t dismay. The weather today calls for clouds and a high of 58 degrees, but no tornadoes are in sight. Instead the first Wednesday of the month, the city of DeSoto is designated to test their outdoor warning sirens.

Testing will occur between 1:45PM – 2PM. And our neighboring Best Southwest Cities of Cedar Hill, Duncanville and Lancaster will do the same at 2PM. It is important to note that all times are approximate.

To stay ahead of dangerous weather, DeSoto residents can sign up for CODE RED emergency notifications at https://www.ci.desoto.tx.us/137/CodeRED.

Yearly around this time local public safety officials prepare for the beginning of tornado season. Last February a tornado damaged approximately 30 homes in the area of South Westmoreland Road and Eagle Drive. North Texas is the southernmost part of the country known as “tornado alley” due to the disproportionate number of tornadoes that occur within the area.

AccuWeather predicts there will be 1,075 tornadoes in 2019, which is nine percent more than the 987 tornadoes in 2018. The states to be impacted the most will include Oklahoma, Kansas, and parts of Texas and Nebraska.

On December 26, 2015 a F3 category tornado destroyed homes and business along the borders of DeSoto and Glenn Heights. A survey report said 122 structures were impacted. Among those, 32 buildings were totally destroyed. Among those buildings affected the tornado hit the Glenn Heights Police Department building directly. Emergency communications were disrupted and police vehicles were damaged.

“We believe warmer-than-normal sea surface temperatures over the Gulf of Mexico will lead to increased moisture transport from the Gulf over the region and ultimately a higher frequency of severe weather in these areas,” AccuWeather Lead Long-Range Meteorologist Paul Pastelok said.