Surprised By The 2019 Chevrolet Equinox

Having just come off one week with a Cadillac and another with a Buick, neither of which impressed me to the degree I thought they would, I was a little dismayed to find that I would have a Chevrolet to follow them up. After all, aren’t Buick and Cadillac supposed to be the upscale offerings from General Motors?

Upon delivery, the 2019 Chevrolet Equinox looked much like a typical SUV or Crossover vehicle, but when I got in, I found the seats more supple than I had expected and the general look and feel of the vehicle quite pleasing. Things got even better when I pushed the starter button and the large display screen lit up and OnStar started talking to me.

The pleasant lady on the OnStar voice recording said something to the effect that she was going to go into a brief moment of demonstration mode, telling and showing me some of the great features of the vehicle. I found this to be a welcoming feature, especially for someone who drives a different vehicle each week.

Navigating Our Driveway with Ease

But, to cut to the chase, regular readers will know that our driveway is a bit challenging with a 45 degree ingress and egress feature coming in and exiting. To add to the “excitement,” there is a retaining wall lining between the bushes surrounding the house bordering the steep lawn that descends down the hill kissing the driveway below.

More impressed with the Chevrolet Equinox than the Cadillac I had last week! Chevrolet Kelly Ferrazza Wysocki Afaf Farah

Low and behold, the navigation screen lights up showing me not only what is front of the vehicle, but the wall on one side and the edge of the driveway on the other side. I have seen such screens on a few vehicles, and love them. But this one was much sharper, clearer, and presented a perfect path that I should steer the Equinox in as I descended the hill, and later, when I exited the driveway.

I would have an entire week of not needing to worry about scraping the wall nor flattening the grass on the other side.

The surround view camera was part of a special “Confidence and Convenience” package offered on this model by Chevrolet. The cost of the package is what I consider a relatively attractive $2,145. In addition to the front and surround camera feature, it included 8-way ventilated power seats with lumbar, a heated steering wheel, auto braking and front collision alert, lane keeping assistance and departure alert, following distance indicator and adaptive cruise control, and a front pedestrian braking system.

Those special features did not complete the special experience provided by Chevrolet with this Equinox. I found the 2 liter turbo engine and the 9-speed automatic transmission a delight when I hit the accelerator with a “blast-off” feature that insured that I would never have trouble merging onto the freeway, something that is often a challenge in many portions of the Dallas-Ft. Worth Metroplex.

Would I enjoy another week with this vehicle? I answer that with an unqualified yes and would urge anyone in the market for a small SUV or Crossover to test drive one to see if it fits their family’s automotive needs. 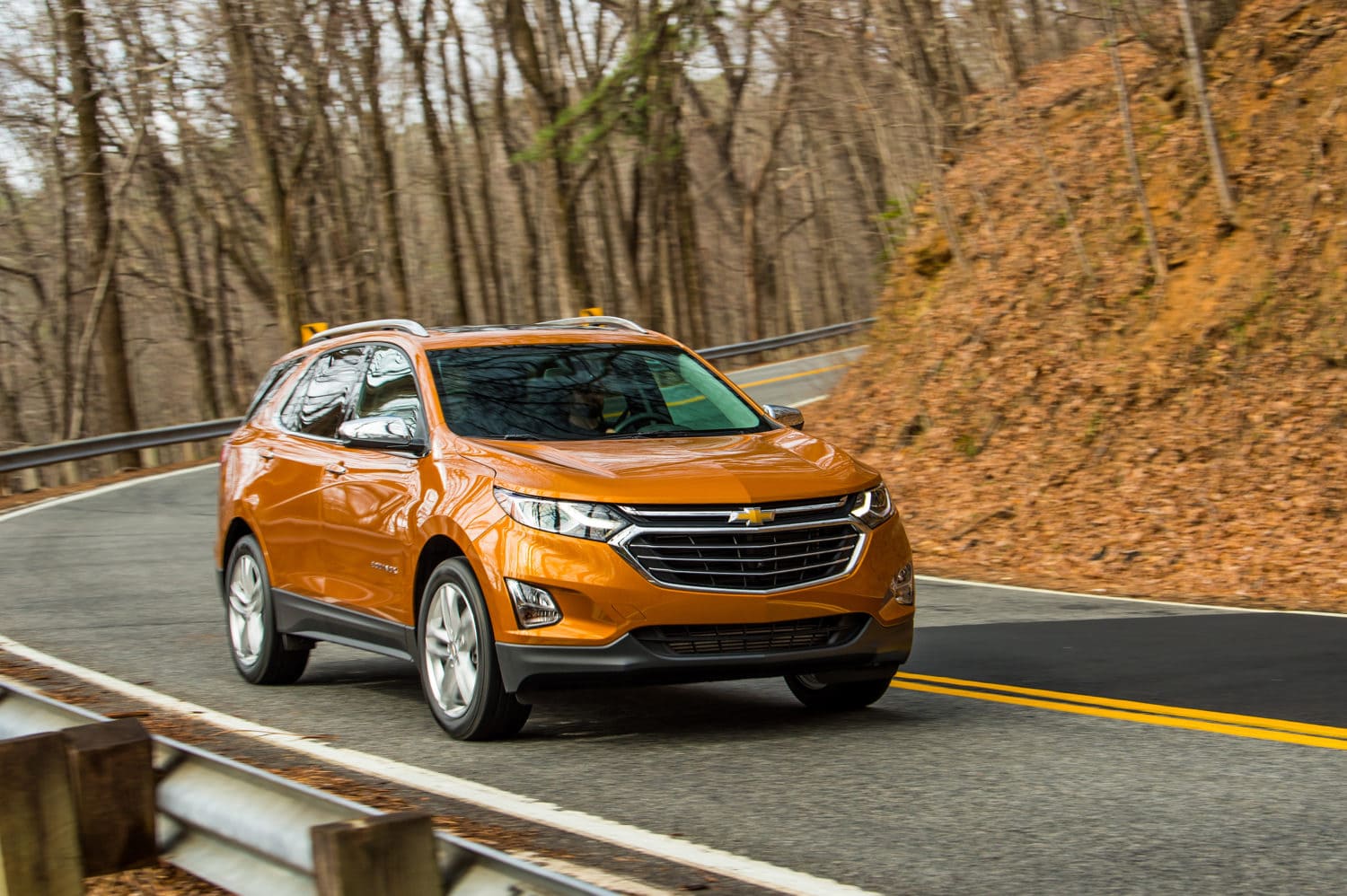