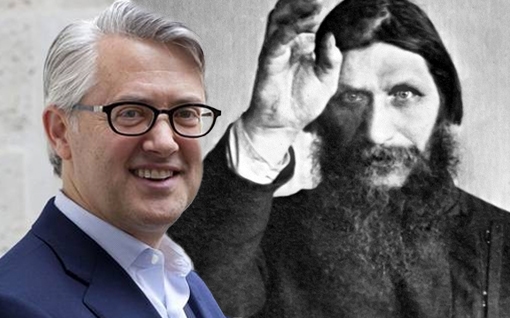 The World Affairs Council brings several interesting programs to Dallas in December. On Tuesday, Dec. 6 the Council presents award-winning historian Douglas Smith. The author of four books on Russia, he’s also a respected translator of the language. His program will focus on Grigori Rasputin, the notorious historic figure called “The Mad Monk.”

“Rasputin: Faith, Power, and the Twilight of the Romanovs” is a meticulously researched book. Smith peels truth from fiction to reveal the man who was a powerful force at the time the era of the Tsars gave way to the Communist revolution. The book’s publication marks the 100th anniversary of the murder of the mystical faith healer in St. Petersburg. Rasputin was a trusted adviser to Tsar Nicholas II.

The event begins with a 6 p.m. reception followed by a 6:30 p.m. program and book signing at the Hotel Crescent Court in Dallas. Tickets are $25 for WAC members and $40 for non-members. A Contributors’ Circle Dinner will also be held with the author that evening.

The Rasputin program concludes the World Affairs Council’s popular three-part presentation on Russia. The first program in the series was “The Rise and Reign of Vladimir Putin” and the second was “True Believer: Stalin’s Last American Spy.”

Justice Breyer, a member of the Supreme Court since 1994, is the author of several books. His most recent is “The Court and the World: American Law and the New Global Realities.” WAC President/CEO James N. Falk will moderate “A Conversation with Justice Steven Breyer.”

A paperback copy of Justice Breyer’s book is included in the ticket price at both events. Justice Breyer has been quoted as saying, “The best way to protect our American values is to know what’s going on beyond our shores.”

The Dallas luncheon and book signing begins at noon at the Hyatt Regency Dallas in downtown Dallas. Tickets are $70 for members and $85 for non-members. Tables are $1,000.

The mission of the nonprofit, nonpartisan World Affairs Council of Dallas/Fort Worth is to promote international awareness, understanding and connections to enhance the region’s global stature and to prepare North Texans to thrive in our complex world.

For tickets and Council memberships at all levels including Contributors’ Circle, call 214-965-8400.