Tickets can be purchased on the WinStar Entertainment website. WinStar also offers live entertainment at the Rotunda Bar.

Gladys Knight rocketed to fame in the 1960s and 1970s as the lead singer of Gladys Knight and the Pips, with hit songs like “Midnight Train to Georgia.” A seven-time Grammy winner with the group and as a solo singer, Knight sang the National Anthem at the most recent Super Bowl. She and the Pips were inducted into the Rock and Roll Hall of Fame in 1996.

With his first hit, “Gettin’ You Home (The Black Dress Song)” off his smash album The Man I Want To Be, Chris Young became a country sensation. Young stayed at the top of the charts for years, hitting number one with subsequent smashes like “Tomorrow,” “You,” “Neon,” “I’m Comin’ Over,” and “Losing Sleep.” In 2013 Young delivered his huge smash in – the country anthem “Aw Naw”. It was followed by more Top Ten hits: “Who I Am with You” and “Lonely Eyes.”

Jason Isbell has made some of the most impressive and influential music in Southern rock. Like Isbell’s 2013 breakthrough, Southeastern, and his double-Grammy-winning follow-up, Something More Than Free, his most recent album The Nashville Sound features many themes, from humor, heartache, wisdom and beauty to, of all things, hope and leadership.

Actor/comedian Dana Carvey created some of the most memorable characters in television history. They include The Church Lady, Grumpy Old Man, Hans, Garth. Carvey has disappeared into too many characters to count. This Emmy Award-winning comedian, actor, screenwriter and producer helmed his own underrated (and now reevaluated as brilliant) program — “The Dana Carvey Show”—in the late ‘90s (launching the careers of Steven Colbert and Steve Carell). He’s also one of Comedy Central’s “Greatest Standups of All Time,” honored with The American Comedy Award as Television’s Funniest Supporting Male.

For free tickets, Club Passport cardholders can visit any table games pit or contact a Casino Host to receive a voucher for up to six tickets (while supplies last).

Singer, songwriter, author and activist Chaka Khan has an unmatched style. The great Miles Davis said she “sings like my horn.” And the Queen of Soul, Aretha Franklin, claimed Khan “is a one-of-a-kind vocalist.” Khan has ten number one songs on the Billboard charts over the course of her career, as well as seven RIAA-certified gold singles and ten RIAA-certified gold and platinum albums.

From his beginnings singing at the Church of God in Christ in Tulsa to his years leading the Gap Band and his ensuing successful solo career, Charlie Wilson has toured and performed with some of the hottest acts in entertainment, including Bruno Mars, Kanye West, 2Pac, Justin Timberlake and more.

Ventriloquist Jeff Dunham is a global comedy superstar and one of the world’s most inventive entertainers. Dunham, a Guinness World Record holder for “Most Tickets Sold for a Stand-up Comedy Tour,” has built an entertainment empire over years of nonstop touring and innovation. With 10 million followers on Facebook and 1.6 million YouTube subscribers amassing over a billion views, he has carved out his own unique space in the comedy world. Dunham’s colossal following has led to record-breaking viewership with his comedy specials on Comedy Central, NBC and his latest, Jeff Dunham: Relative Disaster, a special he filmed in Dublin, Ireland, which is currently streaming on Netflix.

Entertainment Weekly describes Gary Allan’s sound as “soulful and rough around the edges.” With a number of hits and certified platinum albums to his name, Allan’s show hits the highlights of his 20-year Country music career.

Two guitar legends in one night: It’s George Thorogood & The Destroyers with the Kenny Wayne Shepherd Band. Thorogood and his legendary band sold more than 15 million albums. They have played more than 8,000 live shows and built a catalog of hits, from “Who Do You Love,” “I Drink Alone” and “One Bourbon, One Scotch, One Beer” to “Move It On Over” and “Bad To The Bone.”

Shepherd’s more than two-decade career started when he was just 16, as an influential force in a worldwide resurgence of the blues. His 1995 debut album Ledbetter Heights produced the hits “Deja Voodoo,” “Born with a Broken Heart” and “Shame, Shame, Shame.” He followed those with such radio staples as “Blue on Black,” “True Lies” and “Somehow, Somewhere, Someway.”

Pitbull’s career skyrocketed after he was featured on the Lil Jon 2002 album “Kings of Crunk,”. Since then he has sold 5 million albums, 60 million singles. The man also known as “Mr. Worldwide” has number one hits in 15 different countries and has performed in some of the world’s largest venues.

Brad Paisley’s show features hits from his 10 platinum albums. Songs include “I’m Gonna Miss Her (The Fishin’ Song),” “Mud on the Tires” and “The World.” 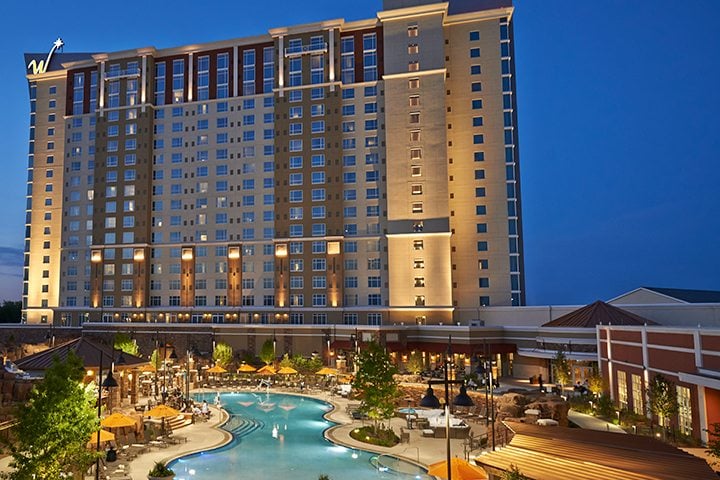