Waxahachie High School’s (WHS) award-winning Fine Arts Department presents “The Mystery of Edwin Drood” Jan. 25-27. The “solve-it-yourself” musical by Rupert Holmes is based on Charles Dicken’s incomplete final novel. This ambiguity allows audiences to participate in solving the case. Performances will be at 7 p.m. Thursday, Friday and Saturday nights with a 2 p.m. matinee Sunday in the WHS Fine Arts Center. Tickets are priced at $10, with discounts available for students and seniors.

In 2016, WHS won Best Musical for their production of “Monty Python’s Spamalot.” WHS senior Kaiden Maines was named Best Actress for playing the Lady of the Lake, earning a trip to NYC to compete for the prestigious national Jimmy Awards. WHS music director Gail Harrell received an award for Best Musical Direction.

Reynolds says this 2018 DSM Winter Musical production will be their last competition musical to be performed in the Fine Arts Center at WHS. The school is scheduled to move into a new state-of-the-art campus when it’s completed later this year.

Director Reynolds brought his “Drood” cast members to perform several numbers from their show for the Oak Cliff Lions Club meeting Jan. 17. The students received a rousing ovation and shouts of “encore” for their lively interpretation of three numbers, even obliging with a requested encore.

“The Mystery of Edwin Drood” is directed by Andy Reynolds and features musical direction by Jeremiah Leppert, choreography by Jennifer Stevens, and orchestrations by Justin Bell. Set design is by Paula Myers, with Ryan Mullican as tech director.

DSM HSMTA will be held at the Music Hall at Fair Park May 17, with 73 North Texas high schools participating in the 2018 awards competition.

Executive Director Tracy Jordan, who has overseen the program since its inception seven years ago, says “The objective of the DSM High School Musical Theatre Awards program is to create visibility for high school arts programs and generate an event that builds community while celebrating excellent work by teachers and students.”

Jordan says the DSM awards program started in 2012 with 30 schools, expanding this year to include 73 schools and 76 shows. One of the students’ favorite parts of the awards is the red carpet portion at 5:30 p.m. Prior to the awards program at 7 p.m. inside the Music Hall at Fair Park, the students, attired in their finest evening apparel, are welcomed onto the red carpet leading into the hall.

“Waxahachie HS is one of our most competitive schools,” Jordan said, “with 13 wins and 39 nominations over the last six years including Best Musical, Best Actor, Best Actress, Best Musical Direction, Best Student Orchestra, Best Supporting Actor. This is evidence of a very strong program and a school district that supports its fine arts programs and faculty to produce excellence.” 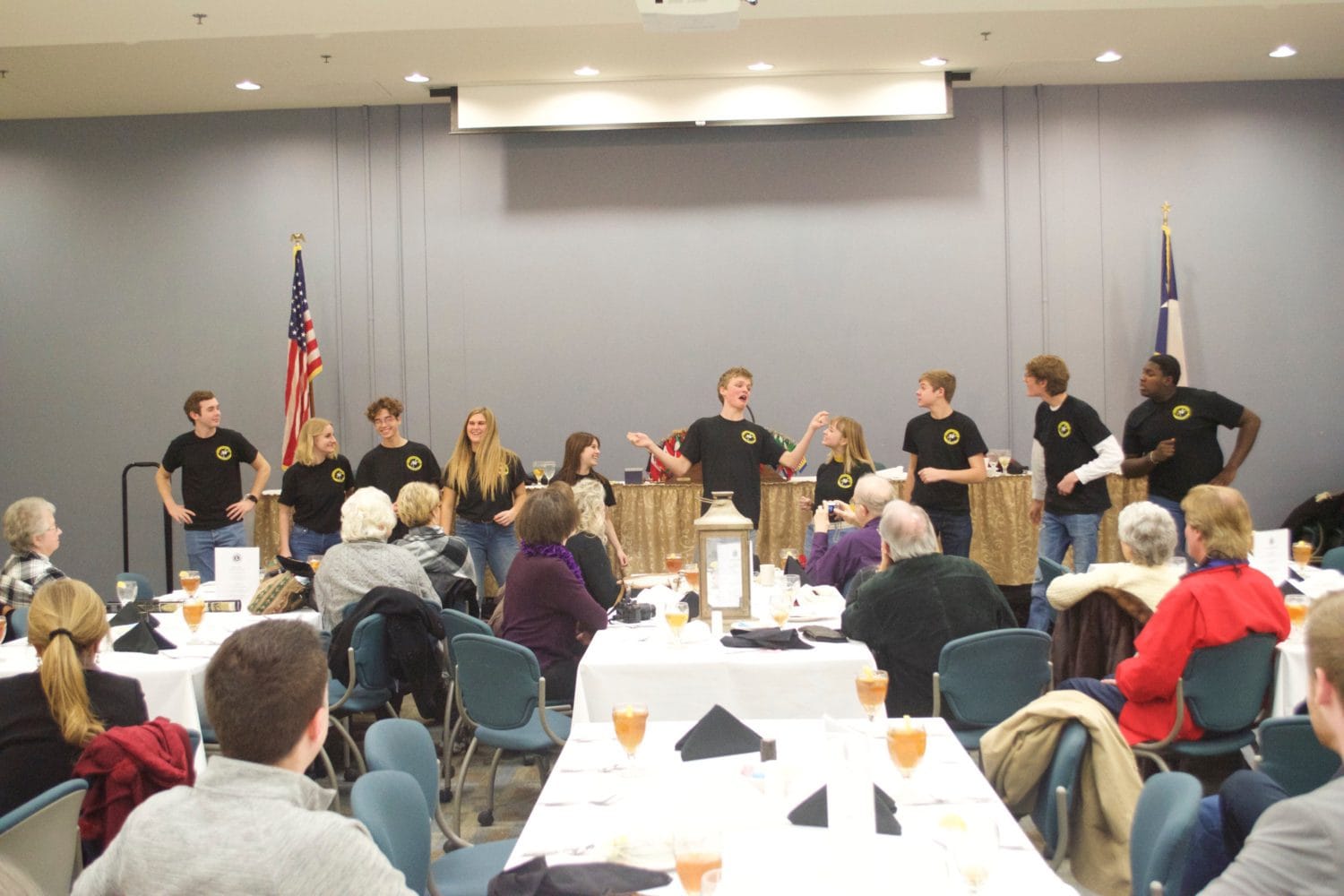