In his physics and engineering classes, Tyrell Oliver loves working with numbers and predicting outcomes.

And when he’s on the tennis court, the outcome is usually predictable as he one of the top high school players in the area, competing for the Cedar Hill Longhorns since his freshman season.

Tyrell is a junior student at the Collegiate Academy in Cedar Hill. Along with his success on the tennis court, he is one of the smartest young men around, as he will graduate high school with enough college credits to have also earned an associate degree (two years of community college). In fact, he has the highest grade point average in all of his match classes (algebra 1 and 2, and recently geometry).

“I intend to study engineering when I get to college and minor in business because my overall career goal is to own an engineering company,” he said.

And, of course, he wants to keep playing tennis.

“I would love to play tennis in college, wherever that may be,” he added.

“Tyrell is our number one player. The heart he brings to competition is incredible,” Cedar Hill tennis coach Rockey Rodriguez said. “Several matches his fight has proved to be the winning factor. He is also a hustler. He chases down every ball possible. If there’s a chance to get it, Tyrell with get it. Those two qualities are very difficult to teach. That’s just Tyrell.

“A lot of the younger players look up to him. In addition to that, he is humble and works with the rookies well.”

His mother, Shalonda Oliver, said that Tyrell is showing his love for the game through the intensity he is showing in learning everything possible about the game. Also, in following in his parents’ footsteps academically, he understands the importance of always learning.

“We, as Tyrell’s parents, are very proud of the person Tyrell is growing into. He shows great characteristics and positivity in everything he does,” she added.

“He’s showing love for the game through his efforts to learn the game,” said his mother,

Shalonda Oliver, noting that Tyrell studies the sport as much as he studies his academics.

“We, as Tyrell’s parents, are very proud of the person Tyrell is growing into. He shows great characteristics and positivity in everything he does,” she added.

As impressive as his athletic and academic success has been, so are his scheduling skills.

Being successful academically, especially at the Collegiate Academy, requires many hours of studying. Likewise, being good in sports calls for lots of practice. And both require much discipline.

Finding Balance Off The Tennis Court

He has a balanced system, however, and one that allows time for other important things in his life.

“The main way I balance everything is by doing nothing on Saturdays, which I usually like to spend with my family,” he said.

And yes, while one might wonder, he does find time to sleep. His day is hardly typical, however, and even less so now, thanks to COVID-19.

“During this pandemic, my day looks different than usual. I wake up at 7 (a.m.) to prepare for my class calls, then prepare for practice that starts at 3 (p.m.). After practice I get to enjoy dinner with my family,” he said.

Oh, and he stays busy as part of the Junior Deacon Ministry at his church, Community Missionary Baptist, a brotherhood that does community service. He’s also a member of the National Honor Society. 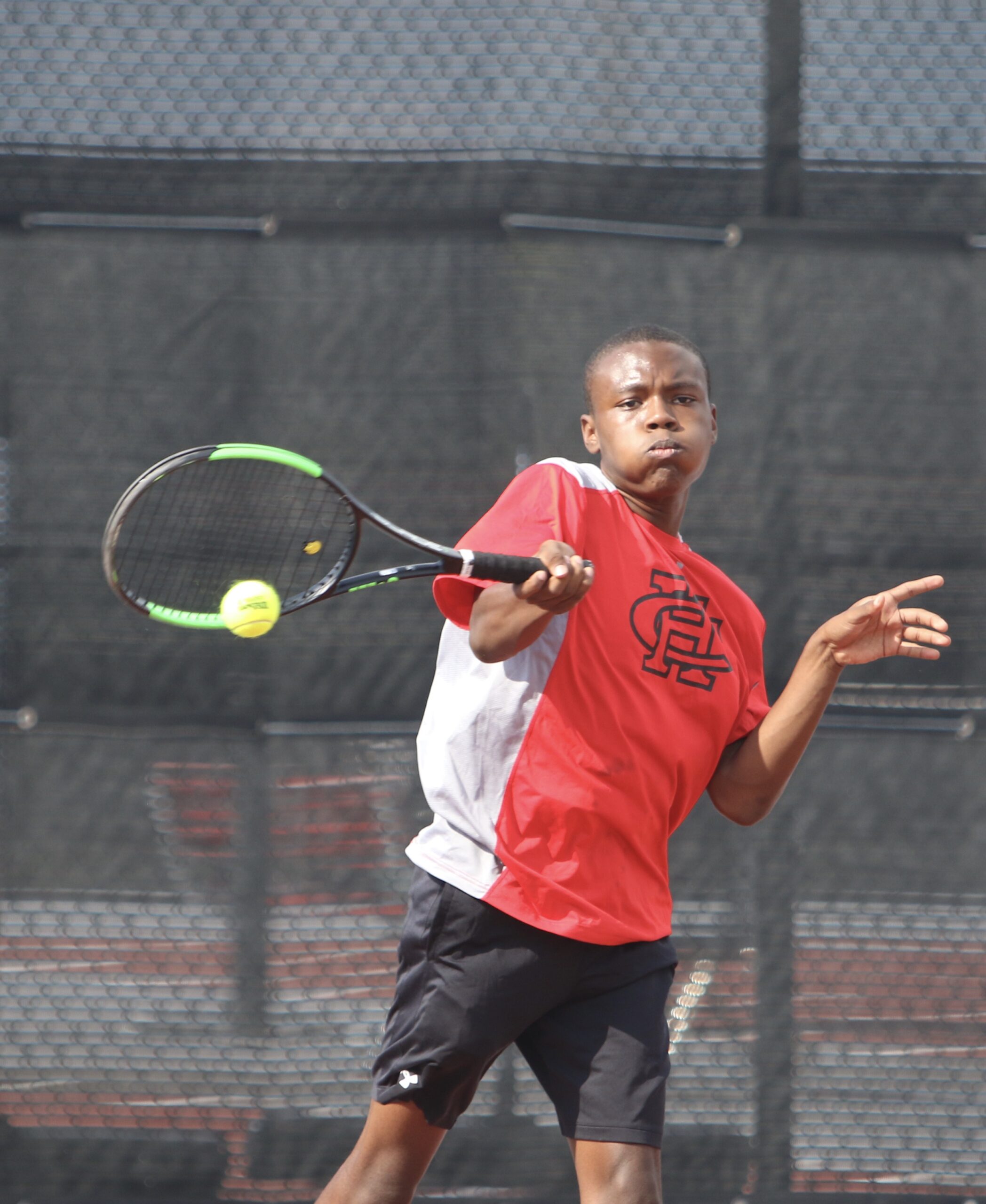