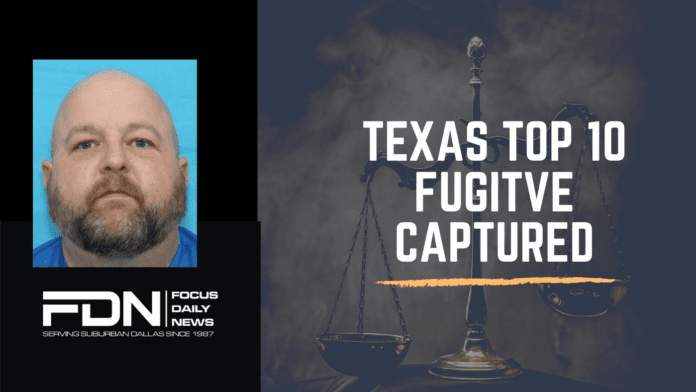 AUSTIN –James Mark Bishop, a top 10 Texas Most Wanted Fugitive, was arrested in Medford, Oregon on March 28, 2022, for Continuous Sexual Abuse of a Young Child and Indecency with a Child by Sexual Contact, for offenses alleged to have occurred in Texas.

Bishop previously worked as a sheriff’s deputy in Oklahoma when he was arrested and convicted of five counts of knowingly downloading child pornography. He served time in prison and was subsequently placed on probation. Oklahoma authorities later issued warrants for Bishop’s arrest based on probation violations in the child pornography case. Texas authorities also issued two felony warrants for Continuous Sexual Assault of a Young Child and Indecency with a Child by Sexual Contact, involving a 12-year-old girl. These offenses were investigated by the Tulia, Texas Police Department.

After Bishop’s arrest, he bonded out and absconded. Attorney General Paxton’s Law Enforcement Division assisted in the apprehension of Bishop, with assistance from the U.S. Marshals Pacific Northwest Violent Offender Task Force, the U.S. Marshals North Texas Fugitive Task Force, and Special Agents of the Texas Department of Public Safety.