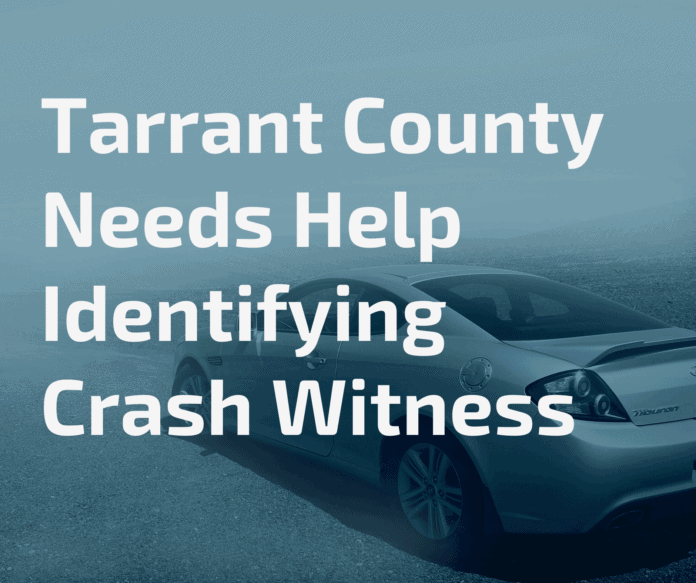 Can you help identify a crash witness?

Yesterday afternoon there was a rollover accident in Tarrant County involving a Chevrolet truck. The driver and passenger were both ejected from the vehicle. Tarrant County investigators are looking for the public’s help identifying a possible witness.

They released the following information about the incident:

At 3:43 PM on March 17, 2021, Tarrant County Sheriff’s Deputies responded to a major crash involving a single vehicle in the 13200 block of Rendon Rd. in south Tarrant County. A black Chevrolet truck rolled over, and the female driver and male passenger were ejected during the crash. A third passenger, a one-year old male, was secured in a child car seat inside the vehicle. The driver was pregnant and sustained life-threatening injuries as a result of the crash. She was transported to John Peter Smith Hospital by Careflite Air Ambulance, where she underwent the delivery of her child and other medical procedures.

Crash investigators responded to the scene and the investigation is on-going. A white Pontiac 4-door was near the scene at the time of the crash. The vehicle was driven by a white female with blond hair. She was wearing a t-shirt and cut-off shorts. She stayed at the scene briefly but left prior to arrival of the investigators. They would like to identify this female witness and speak with her. Anyone with information can contact Investigator Womack at 817-238-4200.