Heavy Rains Tried To Take Out The Dixie Chicken

College Station- No one was hurt, including the rattlesnake. Yes, I said rattlesnake. Tonight, as heavy rain and storms pounded College Station the only casualty at the Dixie Chicken was the roof. Students and alum after learning the news, “flocked” to Twitter to verify the news and check on “Sneaky Snake”.

Thank you all for reaching out.

The famous college bar is known for many things, one is the rattlesnake enclosure in the bar. Unfortunately, the roof collapsed near the snake’s enclosure. But, the snake is safe, it was only a partial collapse and no patrons were injured. Heck, the bar is hoping they’ll still be able to open for lunch tomorrow. As for now Thursday’s hours are TBD.

Firefighters from College Station and Bryan coming together in the rain to stabilize the roof of the fabled Dixie Chicken (and Aggies everywhere applaud): pic.twitter.com/olFXIuGyxv

Aggies reacted with passion for the historic bar, saying 2020 can have the baseball season and spring semester but leave the Dixie Chicken alone. A GoFundme account has already been created by an Aggie alum.

The Dixie Chicken is the best bar in the nation, serving Aggies and others since 1974. Lets come together Ags to help get the Chicken back up and running as soon as possible.

As we all know, this is a tough time for business owners. Paying money for repairs is just one additional worry for business owners that I hope we Ags can alleviate. As Aggies we can come together to help the family with the costs of the repairs. All proceeds from this will be donated directly to the Dixie Chicken.

Thanks and Gig Em

Meanwhile, firefighters were using beams to stabilize the roof.

Firefighters are building support beams out on University Drive in College Station and carrying them in to stabilize the roof of the beloved Dixie Chicken: pic.twitter.com/ZUZsSuoARo

As the Aggies rally around the historic Dixie Chicken, we think she’ll live to see more pool games, A&M victories and beers be served. We all know Texas A&M traditions don’t die, they grow stronger! 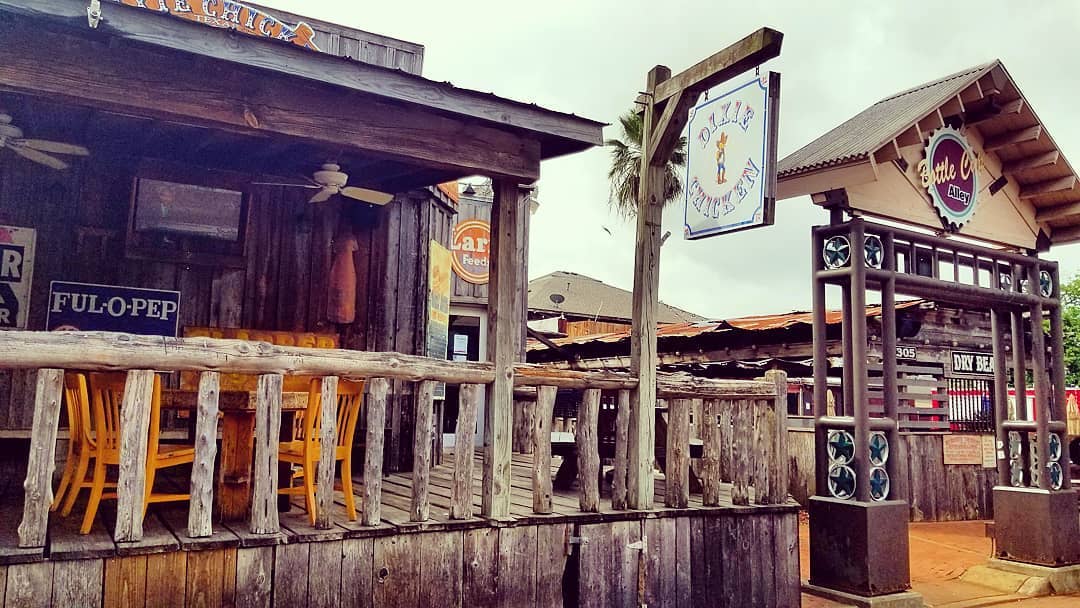