“Resistance” is a film based on a true story, and one that taught me something new and surprising about a memorable performer I met years ago. A highlight of my early years as an entertainment reporter for a local paper was meeting Marcel Marceau. The world-renowned mime was in Dallas to perform for a Theatre Three fundraiser. Before his appearance at the gala, I attended Marceau’s press conference at the intimate Quadrangle area venue.

All the journalists present were enthralled to watch Marceau perform one of his best-known skits, portraying his famous character, Bip the Clown. His answers to our questions at the T3 press event were acted out in total silence, but no one had a problem understanding him. Mime, he said, is the art of silence.

But until I watched the IFC Films’ new release, “Resistance,” I had no idea the famous mime had been a WWII hero. Marcel Mangel was an aspiring Jewish vaudevillian actor in Lyons, France before WWII. He eked out a living painting backdrops for local theatre groups. He also performed a skit impersonating Charlie Chaplin in burlesque clubs.

When life in Nazi-occupied Europe became unbearable, he changed his name to Marcel Marceau, taking on a new identity to join the French resistance. His acting talents proved helpful in teaching orphaned Jewish children ways to survive during the Holocaust. Marceau also helped transport hundreds of Jewish orphans across the French border, over the Swiss Alps, and into Switzerland. His own father died in Auschwitz Concentration Camp during the war.

Jesse Eisenberg plays Marceau in the film. While his mime skills don’t rise to the level of the famed pantomime artist, he does a fine job of portraying him as a struggling artist turned Resistance fighter. His final scene as a white-faced mime, performing for 3,000 American troops led by Gen. Patton, is the most poignant. After all the horrible sounds of warfare, you could have heard a pin drop as Marceau pantomimed WWII for his large audience.

Ed Harris is also featured in the cast as Gen. George S. Patton. Clemence Poesy and Felix Moati are French resistance fighters, along with Marcel’s brother, played by Geza Rohrig.

“Resistance,” written and directed by Jonathan Jakubowicz, is rated R for some violence. The dramatic film is not always easy to watch, but you’ll be glad you did. It’s available on disc or streaming platforms March 27, and runs 120 minutes. 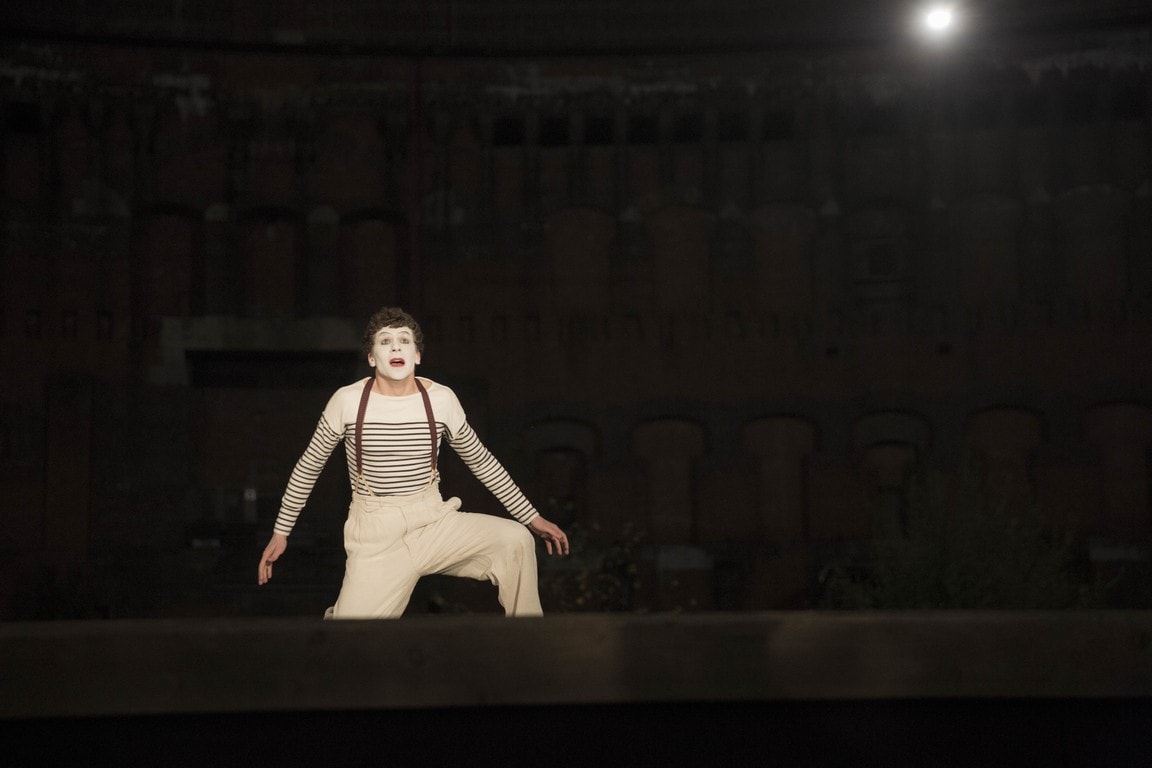