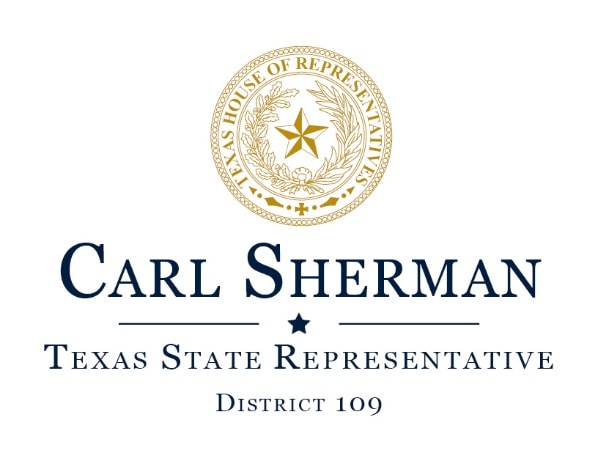 Rep. Sherman Says This Is a ‘Huge Win’ For His Constituents

Rep. Sherman has proven himself to have the dedication and knowledge necessary to effectively handle state fiscal decisions. Sherman is a trailblazer in both local politics, as a mayor and in public administration, as a city manager. He was elected as the first African-American Mayor of DeSoto, Texas in 2010 and was re-elected in 2013, and under his mayorship, DeSoto experienced a 40% increase in sales tax revenue and unemployment dropped by 5%.

“As the state of Texas faces unparalleled financial challenges that have ushered in a devastating health crisis, loss of life and a serious revenue shortfall caused by a global pandemic,” expressed Representative Sherman, “we are fortunate to have a Speaker who has dedicated his Speakership to ending politics as usual and creating a membership driven process that considers the talents and skillsets of members, while assigning them to committees where he feels they will have the greatest impact on the issues our state faces during this crisis.

With these appointments, I am ideally positioned to reflect the interest of my constituents by continuing to have a seat on the powerful Appropriations committee, while also being positioned, for such a time as this, to effectively influence much needed change in the Texas Department of Criminal Justice through my appointment to Corrections. This is a huge win for my constituents, and as a member of these select committees, I will continue to have a seat at the table overseeing the estimated $250 billion dollar biennial state budget, which includes state agencies; such as the Department of Criminal Justice, Health and Human Services and our Texas Educational System.”

“I look forward to working alongside my colleagues and Appropriations Chairman Greg Bonnen to promote efficiency and accountability within every state agency and program,” Representative Sherman concluded, “I extend my sincere thanks to Speaker Phelan for the opportunity to serve on this vital Committee.”