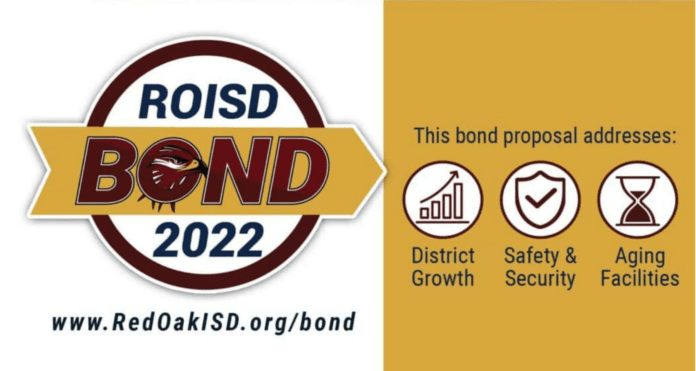 During Monday night’s Red Oak ISD school board meeting, several community members, ROISD staff and students, spoke during public comment for and against the proposed $230.1 million bond. In the end, the ROISD School Board voted to approve (4-0 with one abstention) the bond election on May 7, 2022, but the meeting showed the community is divided on the issue.

The bottom line, according to the Citizen’s Facility Planning Committee recommendation, Red Oak’s growth has exceeded the district’s capacity to provide a safe and effective learning environment for students. For example, Red Oak Middle School is 152% of capacity based on data from November 2021. 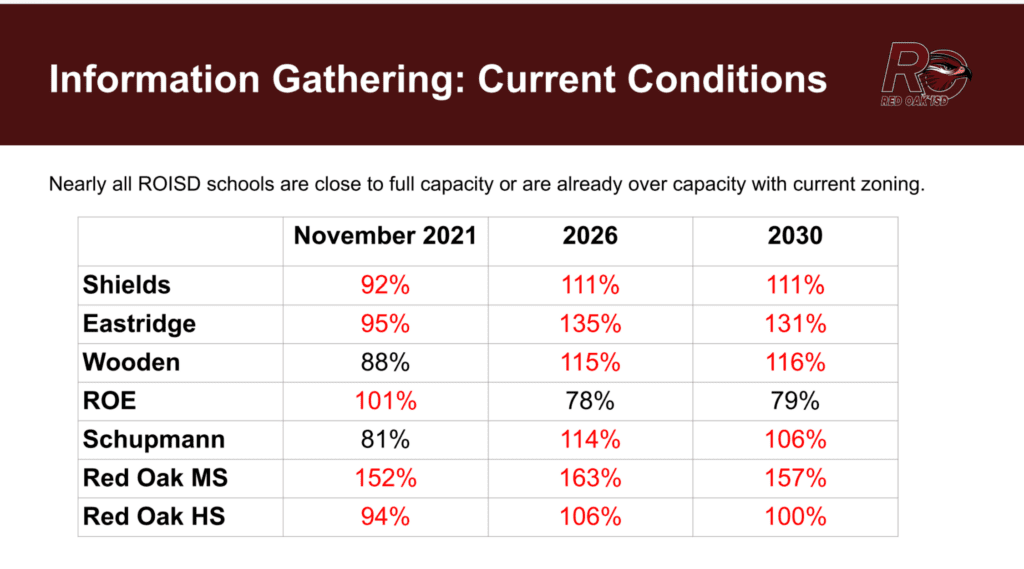 The students that spoke shared personal experiences around the issue of overcrowding in hallways and the cafeteria. They shared concerns about attracting and retaining quality educators with less than ideal conditions. A student athlete, that competes in the Special Olympics, said he’s forced to practice at the park instead of the track. Why- because there’s only one track for the entire district. The theme: morale is being negatively affected by the conditions of the facilities, both student and staff morale.

Seniors spoke out, knowing whatever bond would be passed won’t impact them, asking questions like, “Without improvements how can the district continue to provide quality instruction? What teacher would want to work in a campus over capacity?”

ROISD Teacher, Angela Thomas, said “We have amazing students at ROHS, kids are models of character and service. The cost of the bond may sound high but it is no higher than the goals that our students and teachers are setting & achieving! With the teacher shortage, we as teachers know we have options, we will choose to go where communities see the value in teachers.”

Another speaker referred to the bond that was defeated in 2017, saying “I encourage you to place the bond on the ballot without hesitation, quite simply it comes down to elections have consequences, our previous bond was defeated and we are reaping the consequences of that now. The middle school is so overcrowded – it presents a safety issue. Bake sales won’t cut it, we simply have to have a bond.”

Red Oak Chamber of Commerce President, Clint Woodward, put the amount of money in perspective by discussing the impact on personal finances. He broke down the increase of $150/yr comparing it to the cost of caramel macchiatos at Starbucks, trips to Juniors BBQ or three less dinners at Te’jun The Texas Cajun. He said, “For $150 we can provide adequate facilities for students, safe facilities for everyone, leave out the politics & agendas, this is about students & doing the right thing for the community.”

Speakers Against The Bond Election

On the other side, at least three individuals spoke against the bond election. One speaker said she’s been very vocal about opposing bonds across the state. Her reason: property taxes are getting worse. She referenced a survey that showed 72% of respondents didn’t know the tax rate was lowered. In her opinion, she says it’s  because residents haven’t felt it. “If you can’t slash spending, people will defeat this bond,” she argued. Another speaker opposed to the bond election cited the rising costs of inflation being passed on to her and others. And finally, another speaker said they had done some research and felt like the district should first consider renovation options that would offer considerable savings. 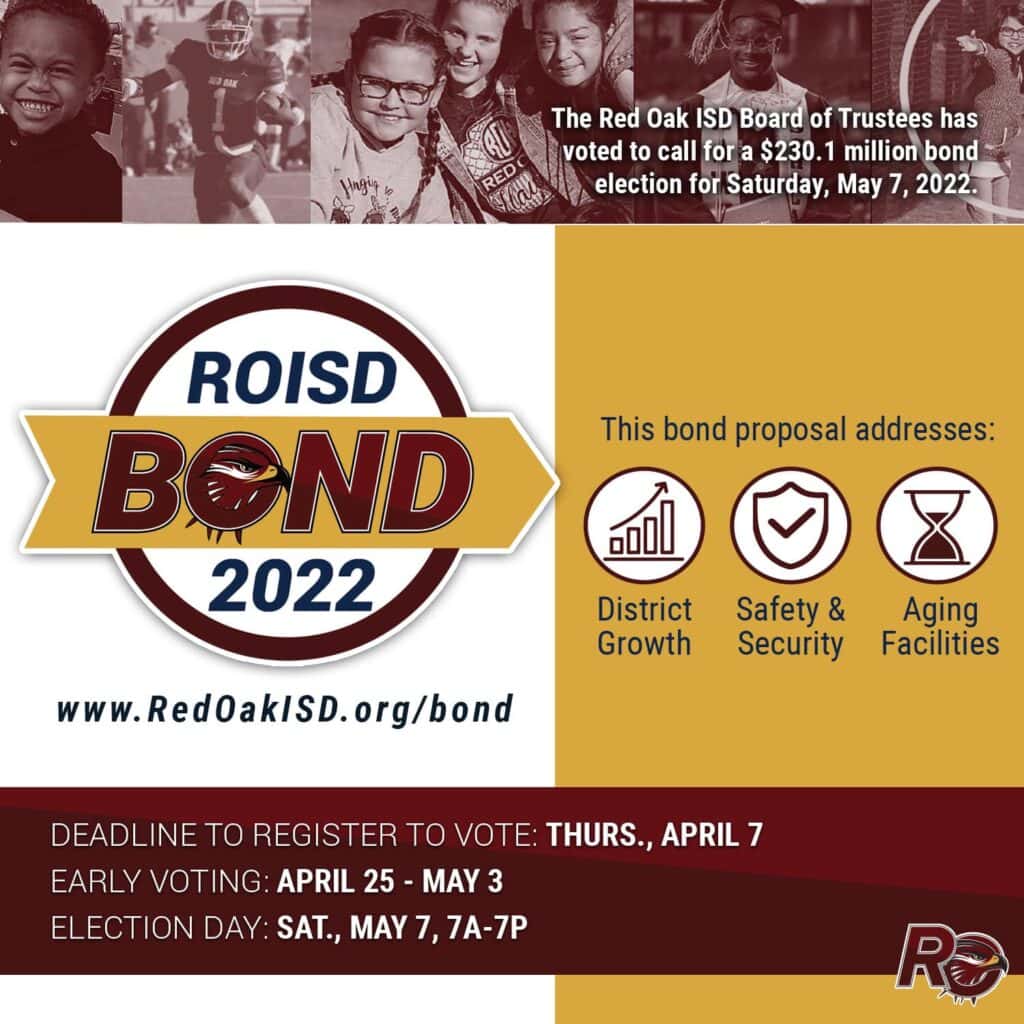 Voters will ultimately decide on the four propositions of the bond in May when they vote, but students, staff and residents are all in agreement that the community needs to be informed of how the bond will impact Red Oak…now and in the future. Learn more about the propositions in Red Oak ISD Proposes $230.1 Million Bond Election.