When Destiny Wagner became a widow at 41 years old, she suddenly felt both alone and unprepared, and unable to defend herself should she ever have to.

Born in Grand Prairie, Destiny grew up in Oak Cliff and attended junior and senior high school in Waxahachie, where she attended Waxahachie High and “did just about everything: I was on the volleyball and tennis teams, editor of yearbook for two years, Fellowship of Christian Athletes (FCA), Art Club, Philosophy Club, Science & Math Club, Student Council, NHS, Interact, Advisory Council and I “Lettered” in Academics (top 2%) all four years.” She graduated 4th in her class.

A huge Harry Potter fan, she also has a life-long love for the Dallas Mavericks. Her father had season tickets to the games and taught her how to “sneak past security” to meet the players to get autographs. She met all the 80’s greats: Larry Bird, Magic Johnson, Dr. J., Kareem, Bill Walton, et.al. Derek Harper still recognizes her when she runs into him at events around town.

She met her husband John when they got partnered up in a blind draw darts tournament. They went on to form a team with friends and were DDA City Champions. Their love of darts and travel was the beginning of a friendship that turned into a wonderful marriage and they travelled all over the US for the next 12 years on Destiny’s vacations and summers off from teaching. They took road trips during those school breaks and made it to 46 of the 50 states. Destiny took a new teaching job working at John Paul II High School in Plano in 2013 to be closer to their home and the two enjoyed their fun life together.

When John lost his appetite, it wasn’t long before he was diagnosed with pancreatic cancer. It was the toughest time of her life. “The hardest thing I’ve ever done was holding my husband in my arms as he drew his last breath. We had never spent a day apart in nearly 17 years.” John died in February of 2017, five weeks after his diagnosis. Destiny says the staff members at St. Elizabeth Ann Seton in Plano were a god-send in helping with John’s Celebration of Life, because she was having trouble making even simple decisions.

After he died, her in-laws took Destiny on a trip to Oregon and Washington. This completed her goal of visiting all the continental states. Destiny was mournful after John’s passing and felt at total loss on how to protect herself.

She got through that tough time with the support of friends, family, and coworkers at John Paul II High School, along with therapy and says, “I wish there wasn’t such a taboo on mental and emotional health issues.” It was her therapist that encouraged her to get out of her “safe” zone at home and try something new.

“The thing that really made the most difference was contacting the Academy of Combative Warrior Arts (A.C.W.A.) and taking advantage of their free trial class,” Destiny said. “Justin Everman is the founder and CEO, and his customer service impressed me from the initial phone call. After my first class, I knew I had found where I was meant to be.”

Before long she’d found her passion: helping others to defend themselves. She explains, “The welcoming environment and positive atmosphere that Justin has created is a testament to who I am today. Everyone is welcome, and there are no egos. The other students and fellow instructors have become not only my closest friends, but also my family.”

In her first class she was learning “how to cover” and said her instructor, Sean Wolford, was being exceptionally patient with her. “I had tons of questions and kept messing up; he was really encouraging and didn’t make me feel stupid. I signed up that night for a “10-pack class” summer special.”

In one of her early classes she was getting frustrated that she wasn’t picking up how to do a move quickly enough. Her instructor, Lauren Hidalgo, stopped the lesson briefly to ask Destiny a question. “She has amazing intuition and reads people incredibly well,” Destiny said. “She could tell I was frustrated and asked if I was ok and had any questions. Not being able to articulate, I said I was fine and kept going. She stopped me, looked me in the eyes, and said, ‘It’s ok. This is a safe place. What’s going on?’” Destiny explained about the loss of her husband, her bouts with anxiety and the pressure she felt being alone and on her own for the first time. Voicing her fears aloud helped her, and her inner healing began.

Destiny initially joined the Instructor Program in November 2017 to learn the skills and techniques of personal self-defense at a deeper and faster level. In May 2018, she got sidelined due to a spiral fractured leg. “The other instructors shuttled me to classes so I could still be part of the team even if I couldn’t fully participate.” Seeing classes from a different perspective made her want to teach the material and led her down a new path: to becoming a certified instructor and—eventually–owning her own company, Defend Your Destiny. “I work with teenagers every day at my ‘real’ job,” Destiny points out, “and I saw a huge need for people to learn self-defense before an incident occurs.”

Additionally, she’s involved doing a daily routine of a “slow flow” meditative movement, similar to tai chi but with A.C.W.A. mechanics. It was developed by Aaron Baulch and Dustin Rippetoe of the A.C.W.A. Tulsa branch. It’s made such a difference in her own well-being that Destiny has incorporated it into her business as one of the things she teaches in addition to self-defense. She says she suffered from anxiety after her husband died, and it was this “slow flow” movement that steadied her.

Now she is a certified self-defense instructor through A.C.W.A. With her two decades of experience teaching high school students, she has the patience – and sense of humor – to help even the most reticent student learn the techniques necessary to stay safe. Destiny hopes to help others like herself who have gone through life changing events and high school graduates going off to college who need to be ready in any situation.

Destiny says, “Being a part of A.C.W.A. didn’t just change my life – it saved my life. I have clarity and a purpose. My entire identity was wrapped up as part of a couple. After my husband died, I considered the day a win if I got out of bed and wore clothes other than pajamas. Now, in just a few years, I am confidently standing on my own, consistently moving forward, and in a real and tangible position to help others.”

One way she has helped was to bring awareness to the need for organ donation after her A.C.W.A. friend Dustin Rippetoe needed a kidney transplant. Destiny helped raise funds for his operation. He’s now on the road to recovery.

She also is quick to volunteer to help animals at local shelters and has volunteered alongside her John Paul II High School coworkers at the Plano Food Bank.

And while most people who know Destiny recognize that she is a huge Harry Potter and Dallas Mavericks fan, her new focus on self-defense may come as a surprise to them. After a few tough years, she is now happier than she’s ever been, stronger mentally and physically, and says, “This is the first time I feel like I really and truly LOVE my life!”

To learn more about self-defense, see www.defendyourdestiny.com or http:/bit.ly/selfdefensejuly28 to attend a seminar on July 28th or to attend a future class.

“To give anything less than your best is to sacrifice the gift.” -Steve Prefontaine

Judy Porter, MBA, is a Dallas resident who writes stories about local heroes, non-profits and small businesses. Contact her at: [email protected] 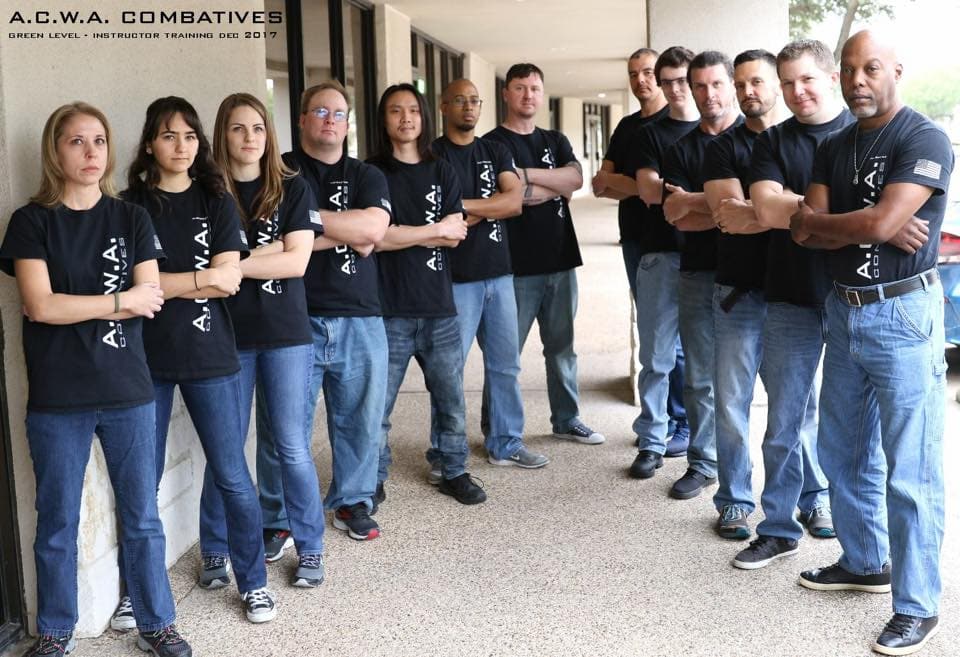