Home Entertainment Once On This Island Opens at Winspear Opera House Dec. 17-22

“Once on this Island” opens at Winspear Opera House Dec. 17-22. The Tony-award winning revival of the hit musical is on a national tour, and opens in Dallas as part of the AT&T Performing Arts Center’s 2019/2020 Broadway series.

Performances will be in the Winspear Opera House at AT&T Performing Arts Center, 2403 Flora Street. Tickets and updated schedule of performances are available online at attpac.org/broadway. For groups of 10 or more call 214-978-2879.

Leading the tour are cast members from the 2017 Broadway revival of the musical, including “American Idol” Alum Tamyra Gray as Papa Ge, Cassondra James as Erzulie, Tony Nominee Phillip Boykin as Tonton Julian, Courtnee Carter as Ti Moune and Tyler Hardwick as Daniel Beauxhomme. Completing the gods of the island are Jahmaul Bakare as Agwe and Kyle Ramar Freeman as Asaka.

“This company of ONCE ON THIS ISLAND is truly an embarrassment of riches for me as a director. I cannot wait for audiences across the country to witness this group of incredible actors as they transport them to our island,” says Tony Award Nominated director Michael Arden.

Producers said seating for ONCE ON THIS ISLAND will be available on stage. Inspired by the revival’s immersive set design on Broadway, the touring production features a unique set. Audiences are welcomed to be a part of the storytelling and magic of the musical with an opportunity to sit onstage.

Onstage Seating at Each Performance

“At each performance, there will be onstage seating, creating a unique experience within the footprint of every theater we play,” says Arden. “Audiences will be invited to put their feet in the sand and surround our company, becoming part of the show. It’s our goal to give all audiences a unique perspective of the communal nature of what theater can be in hopes that ONCE ON THIS ISLAND’S story of love, hope and forgiveness might inspire young minds and hearts all across the United States to lead their lives with compassion and empathy.”

Winner of the 2018 TONY AWARD FOR BEST REVIVAL OF A MUSICAL, ONCE ON THIS ISLAND is the sweeping, universal tale of Ti Moune. She is a fearless peasant girl in search of her place in the world, and ready to risk it all for love. Guided by the mighty island gods, Ti Moune sets out on a remarkable journey to reunite with the man who has captured her heart.

The hit musical is the groundbreaking vision of two-time Tony Award nominated director Michael Arden and acclaimed choreographer Camille A. Brown. With a score that bursts with life from Lynn Ahrens and Stephen Flaherty, the Tony Award-winning songwriters of Anastasia and Ragtime, ONCE ON THIS ISLAND is a timeless testament to theater’s unlimited possibilities.

New orchestrations are by original orchestrator Michael Starobin, who is joined by AnnMarie Milazzo. Scenic Design by Dane Laffrey with Costume Design by Clint Ram.  Sound Design by Peter Hylenski and Lighting Design by Jules Fisher and Peggy Eisenhauer. 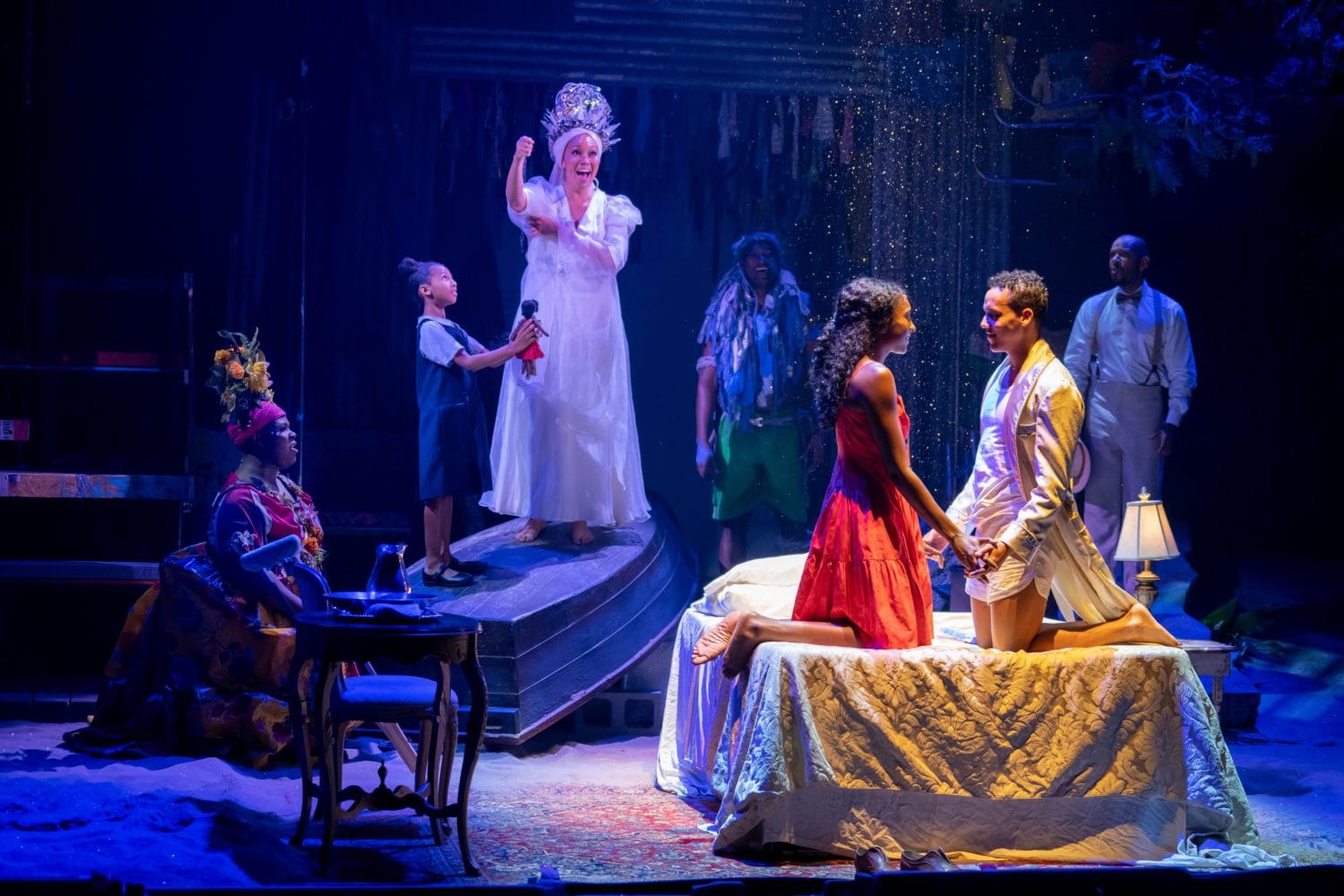