Today history was made in the Senate as President Trump was found “Not Guilty” on both articles on impeachment. No one was surprised by the verdict, as it was clear when the Senate voted against witnesses last week, the outcome would be an acquittal.

However, today’s plot twist and historical moment starred the Republican Senator from Utah, Mitt Romney. Around 2:00 PM EST, Romney issued his statement on the Senate floor and shocked many by announcing he was voting “guilty” on the article charging the President with abuse of power. He is the first senator in US history to vote to remove a president of the same party from office.

This verdict is ours to render. The people will judge us for how well and faithfully we fulfilled our duty. The grave question the Constitution tasks senators to answer is whether the President committed an act so extreme and egregious that it rises to the level of a “high crime and misdemeanor.”

The President asked a foreign government to investigate his political rival.

The President withheld vital military funds from that government to press it to do so.

The President delayed funds for an American ally at war with Russian invaders.

The President’s purpose was personal and political.

Accordingly, the President is guilty of an appalling abuse of the public trust.

Romney was very aware his decision would be met with criticism and disappointment by his Republican colleagues. The Twitterverse responded almost immediately with tweets calling for Romney to be expelled from the GOP.

The Senator stated that he wanted to hear testimony from Ambassador John Bolton, but not because he hoped it would sway other Senators to agree with him. His hope was that Bolton might raise “reasonable doubt” and remove from him “the awful obligation to vote for impeachment.”

Mitt Romney is forever bitter that he will never be POTUS. He was too weak to beat the Democrats then so he’s joining them now.

He’s now officially a member of the resistance & should be expelled from the @GOP.

How The Votes Fell

At the end of the day the trial ended with Trump’s acquittal. On abuse of power, Trump was found not guilty with a 52-48 vote and not guilty of obstruction of Congress on a 53-47 vote.

“The Senate, having tried Donald Trump, president of the United States, upon two articles of impeachment exhibited against him by the House of Representatives, and two-thirds of the senators present not having found him guilty of the charges contained therein: it is, therefore, ordered and adjudged that the said Donald John Trump be, and he is hereby, acquitted of the charges in said articles,” Chief Justice Roberts said.

Both the impeachment trial and the Senator’s decision to vote against his party will have repercussions for years to come for both parties and our country.

The President is expected to speak about the impeachment trial at noon EST tomorrow. 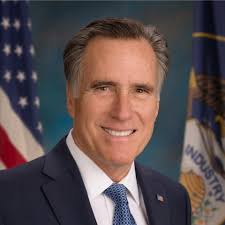