The girls came to play tonight, but their mind was on Waxahachie baseball player Austin Elbert. Yesterday, Austin was involved in a serious accident on Highway 287 when he lost control of his truck, and crossed over the median hitting an 18 wheeler head on. Austin was ejected from his truck and was receiving care in the ICU at Methodist Dallas.

The MHS Panthers took the court, wearing green ribbons on their shoes as a tribute to Austin. When the game started, news of Austin’s death hadn’t reached all of the players. Earlier in the afternoon, Austin was taken off life support.

Both teams played intensely with the skill level almost equal. They played five close games, as a packed set of stands filled with Midlothian and Waxahachie residents cheered them on.

“Tonight was emotional and our hearts and prayers are with the Indians, we are one BIG family when something like this happens.” Aryn Walton, Panthers Team Captain

Former players, school board members, and coaches were on deck to support the community. The night ended with a victory for Waxahachie and a beautiful prayer by Alex Bogy. Her words honored the intense rivalry between the schools that came together with warm hearts and kindness in their shared compassion.

“Panthers worked it hard, a lot of fight and adrenaline to the end. Waxahachie held defense and blocking the whole night,” said Kenna Buchanan, sophomore.

“Waxahachie has an incredible team, sportsmanship was graceful all night.” Jules LaRose 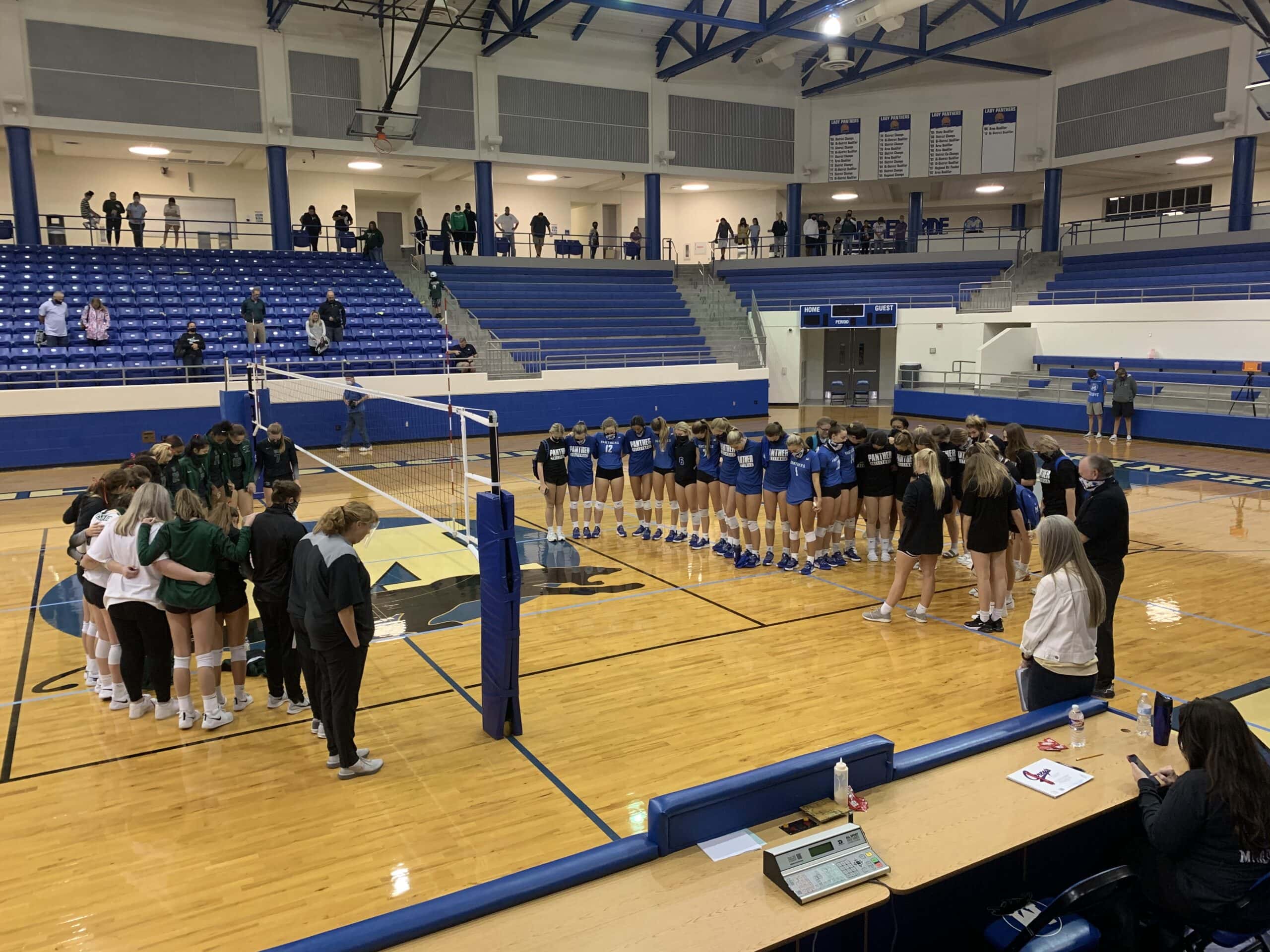