SAN DIEGO – A 2012 Midlothian High School graduate and Midlothian, Texas, native is currently serving aboard the largest amphibious warship in the Navy.

As a Navy aviation ordnanceman, Dominguez is responsible for handling, servicing, and inspecting all weapons and ammunition carried onto aircraft.

“I keep a positive attitude and the importance of teamwork to get the job done,” Dominguez said.

Boxer is an amphibious assault ship that resembles a small aircraft carrier.

Approximately 3,000 Sailors and Marines serve aboard the ship. Their jobs are highly specialized, requiring both dedication and skill. The jobs range from maintaining engines to handling weaponry along with a multitude of other assignments that keep the ship mission-ready at all times, according to Navy officials.

Boxer is famous for playing a critical role in the rescue mission of Capt. Richard Phillips on April 12, 2009. U.S. Navy SEALS and other special operations forces from USS Bainbridge rescued Phillips who was later transferred to Boxer for medical evaluation and care. This successful rescue mission was portrayed in the 2013 movie, “Captain Phillips,” starring Tom Hanks, and featuring crewmembers from the Boxer.

As a member of the U.S. Navy’s amphibious assault ship, Dominguez is proud to be part of the most capable amphibious force in the world.

Dominguez’s proudest accomplishment was advancing to the rank of petty officer third class during his time onboard.

“The success of our Surface Force ships is measured by our ability to provide Fleet Commanders with combat naval power at sea and to project that power ashore where and when it matters,” said Vice Adm. Richard A. Brown, commander, Naval Surface Forces.

“It’s hard work to ready ships for combat operations at sea. It takes the talent of an entire crew working well together. I’m extremely proud of the each and every surface warrior’s contributions to the Navy’s enduring mission of protecting and defending America, at home and around the world.”

Dominguez has military ties with family members who are veterans.

“I have an uncle that was in the Marines,” Dominguez said. “I wanted to be the next person in my family to serve in the military.”

As a member of one of the U.S. Navy’s most relied-upon assets, Dominguez and other Boxer sailors know they are part of a legacy that will last beyond their lifetimes.

“The Navy has given me the opportunity to become a better leader,” said Dominguez. “I’ve worked with people from different walks of life and learned how to come together to get the job done.” 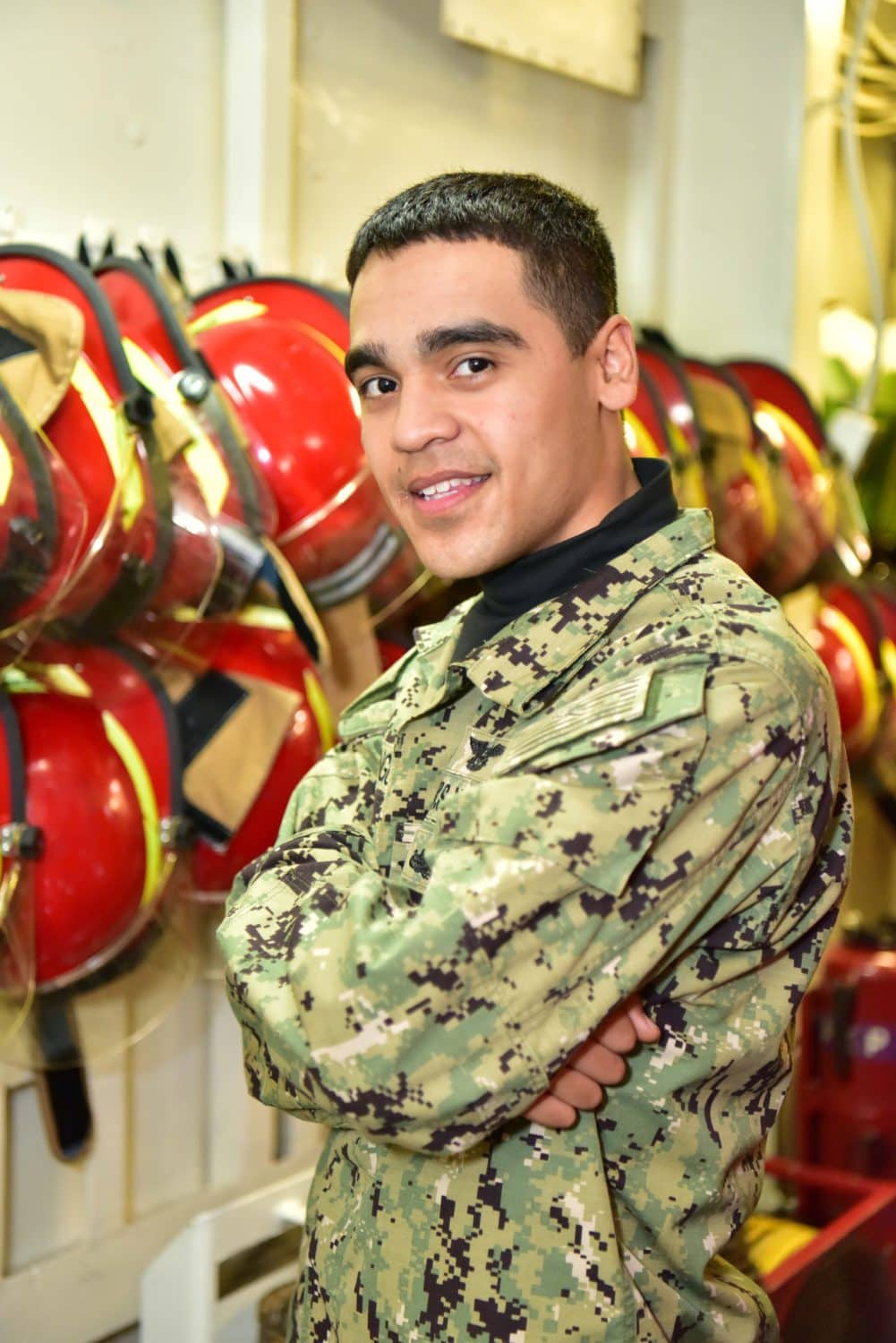