Home News Methodist Charlton to Break Ground On Expansion In 2021 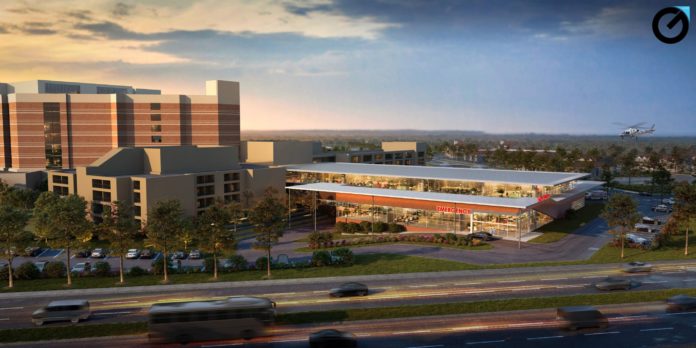 DESOTO – Methodist Charlton Medical Center and the Methodist Health System in Best Southwest announced last week it will be expanding. Early next calendar year, the DeSoto Chamber of Commerce reported Methodist Charlton plans to break ground on a major three-story expansion. The expansion will be to house the facility’s new Emergency Department.

Govan said, “Please join the Chamber in expressing our appreciation to the Methodist Health System Board.”

He went on to cite CEO Jim Scoggins and his team for this major investment in the Region.

The new Emergency Department will be located at Wheatland Road and Bolton Boone Drive. It will occupy the entire 40,000 square feet of the structure’s first floor. As well, it will be nearly double the size of the current Emergency Department, increasing from 45 to 70 patient rooms.

There will be more trauma rooms, an expansion of ambulance bays, specially designed safer rooms for all patients requiring psychiatric care. Plus a new CT scanner and imaging equipment.

The floor below the Emergency Department will be for parking. On the second floor they will be shell space for future expansion.

“The building is designed to expand by at least four more floors,” Govan said. “Since many of Methodist Charlton’s patients enter through and are admitted through the Emergency Department, the area will have larger waiting areas and the hospital expects this to have an even more positive impact on patient satisfaction.”

The expansion will be to the tune of $71 million.

Methodist Health System has been part of the Southern Dallas County are for the past 92 years.

The groundbreaking for the new Emergency Department is scheduled for early 2021. Methodist Charlton expects to open the addition in the summer of 2022.