Mansfield – The combination of construction and COVID-19 pulled a one-two punch that has knocked El Primo’s Mexican Grill & Cantina out of business. The scrappy restaurant may be down, but it’s not out, and will be coming back bigger and better than ever with a million-dollar expansion, the owners promise.

“We knew we were going to have to close to re-do our kitchen,” said partner Todd Tonore. “When Gov. Abbott said to limit gatherings to 100 or less, we knew we were done. We can’t keep our customers from gathering.”

So Tonore and partner Robert Talley closed the restaurant June 24, but plan to re-open by Sept. 1, they said, depending on city inspections, COVID-19 and the governor.

When customers do return, they are going to find a very different El Primo’s. The popular restaurant at 2300 Matlock Road started life as the Nut House Grill decades ago, but has been through several reincarnations. In 2011, Tonore and Talley bought the building, knocked out the neighboring nail salon and Mr. Jim’s Pizza and enlarged the space to 8,000 square feet, including two meeting rooms and a bar area.

They opened Primo’s, a high-end steak restaurant, but in 2014 changed the menu and the name to El Primo’s and scored a knockout.

With the patio expansion and a new rooftop dining area, the restaurant will encompass 17,000 square feet, which will make it the largest privately owned restaurant in Mansfield, Tonore said.

The massive covered patio will seat up to 170 diners, have a stage for bands and 11 garage doors that can open during good weather. The new patio will have air conditioning and heat so it can be used year-round, the owners said.

The renovation also includes new bathrooms and a third meeting room for up to 20 people. Stairs on the patio will lead to Mansfield’s first rooftop dining area, which will include a temporary bar.

The kitchen renovation was needed to handle the increase in diners, which will go from 280 to more than 300, he said. The renovation in the back of the house includes additional equipment, like fryers, grills, refrigeration and computer monitors, Talley explained.

“We’ll be able to handle a lot more volume,” he said. “We’re unique. We do off site parties for 150 at the same time.

“A lot of investors make the outside look pretty but are not willing to put in the additions that you need in the kitchen,” Talley said. “Todd has been willing to do that.”

The hopping kids’ area, including games and a bounce house, will remain, just moved to a new gated location in front of the restaurant.

“What we’re able to do in the front is pet friendly and kid friendly,” Talley said. “Everything is made fresh and at affordable cost. It’s unlike anything in Tarrant County.”

With the $1 million price tag and being closed for a couple of months, Tonore said he hopes the new expansion brings in the customers.

“We better sell a lot of tacos!” he said.

Stepped up to feed kids during COVID-19

The two partners made some new fans when COVID-19 first hit. Tonore, who serves on the Mansfield ISD Education Foundation, knows there are thousands of families that rely on the free and reduced lunches that the school district serves. When the school district closed during the pandemic, he and Talley stepped up to feed families in need.

The restaurant wound up serving more than 11,000 hot meals over six weeks.

Some of the restaurant’s vendors chipped in with food donations, too, Talley said.

“El Primo’s got the credit for it, but it wound up costing about what we thought it would,” Tonore said. 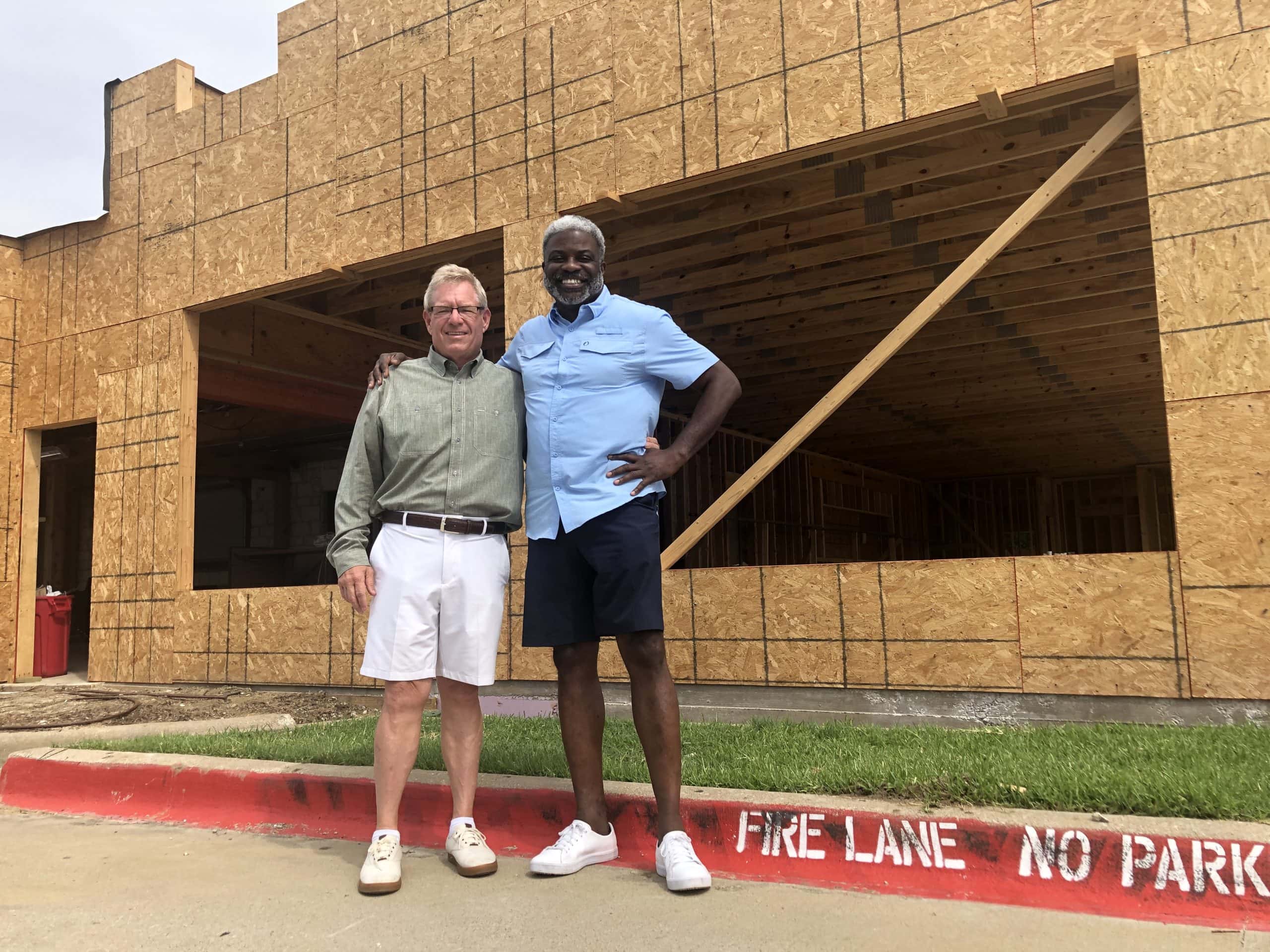