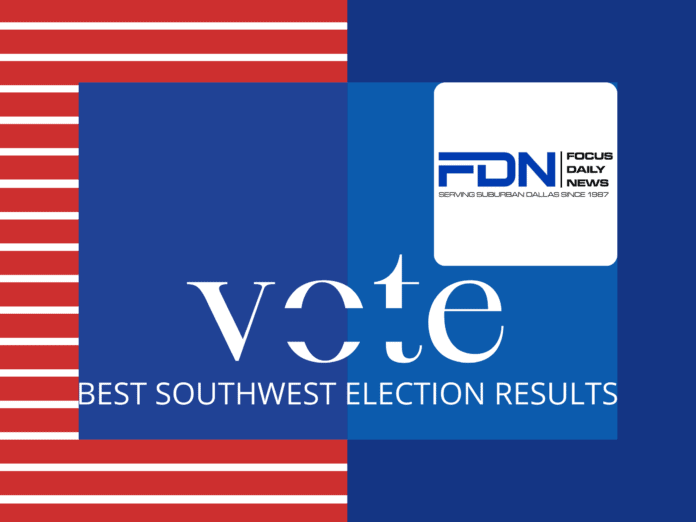 Hughes wrote on Facebook, “DeSoto I am humbled and may the work that I do for you speak for me.”

District 5’s incumbent Johnnette Jameson lost her seat Saturday night after years of sitting on the city council. Jameson came in with 174 votes or 38.84% to unofficial winner Greg Contreras’ 259 votes or 57.81%. Additional challenger Melba Wright had 15 votes or 3.35% of the vote.