Home News Mary Latimer Is An Aviator With A Mission

LANCASTER—Mary Latimer is an aviator with a mission. She is a veritable fireball with a lengthy and impressive roster of projects-at-hand and lofty goals that she plans to achieve; don’t tell her it could take three lifetimes to accomplish them all-it will just make her fly faster.

The Texas native began breaking down barriers, opening doors and becoming a role model for other women in aviation before she realized that barriers and doors existed, or understood the need for role models.

At 64, Mary has boundless energy and one of her top projects is trying to take her Girls in Flight Training (GIFT) Academy across the nation, as she wants to grow the percentage of women pilots. “The percentage of women pilots is currently just over 5 percent and I want to see females hit the 10-percent mark in my lifetime,” says the multi-talented pilot who has worked as an aircraft mechanic, air traffic controller, and a pilot examiner with the FAA, among many other accomplishments. “I want my legacy to be what I have done for others–not myself. I take more pride and joy in the achievements that I have helped others leverage and by building a foundation for female fliers.”

“My career in aviation has been a winding path,” explains Mary. “Aviation was not my dream as a child. My first flight was when I was 16, on my first date with Lawrence, who would become my husband a few months after, in 1970.” In the fall of 1972, we heard an A&P school was opening in Wichita Falls. Lawrence was crop dusting and I had a ‘going-nowhere’ office job. We had already decided that we wanted to buy, sell and rebuild airplanes and, if we were going to do that, one of us needed to have a mechanics’ ticket. He was making more money than I was and I was a better student so, of course, it made sense for me to be the one to go to school!”

When she enrolled in January of 1973, Mary was the only female out of 125 students. She made the highest grades of any graduate and was the only one in her class to complete the course without delays. While going to school, she bought an airplane; this would allow her to build flying time and shorten her commute, she reasoned, as the school was 50 miles from her home.

“The airplane was an Aeronca L-3 that we bought for only $1000, because it needed work,” recalls Mary, who is a great storyteller and has a passel to tell from her aviation life. “We recovered the fuselage and wings and were ready to paint it but, when we stripped the old paint off the lift struts, we found bondo, which meant the struts had been damaged and the bondo covered up the damage. Flying an airplane with damaged lift struts means the wing could lose its support in flight and the most likely outcome would be a fatal accident.”

Mary tried to find replacement lift struts, and found new ones that will cost $1500. “We had borrowed the money to buy the plane and we simply did not have the resources of $1500 for lift struts. The instructors at the school knew I was building my plane and were supportive but didn’t have any solutions to this dilemma.”

Shortly after, however, Lady Luck prevailed when Mary discovered that a local pilot had cleaned out his hangar and donated a lot of “junk” to the school. She then found donated lift struts that the school was going to use for welding class practice.

Battling Sexism In The Aviation Industry

“Welding class was starting the next day! I looked at the lift struts very carefully and they looked exactly like mine. There were in great condition the instructor told me to load them in my car and take them home. If they were a fit, I could use them and bring the damaged ones from my airplane back for the welding class. They were a perfect fit and soon I was flying my AeroncaL-3 to school almost every day.”

By the summer of 1974, Mary was 20 and had earned her A&P certificates, commercial pilot certificate and flight instructor certificates.

Reality hit, however, as she tried to find a job in the aviation industry, as she experienced barriers and doors that were closed to her. Some were because she was female but, at the time, the airlines had a height requirement of 5′ 6″ –and Mary was 5’0″!

The Wichita Falls FSS manager had been encouraging Mary to apply to become an air traffic controller. After an 18-month ordeal of applying and testing but still hitting barriers, she was accepted and began ATC school, in 1976. While waiting for the FAA, she found an aviation job in McAlester, OK. It was there she worked as a pilot, mechanic and instructor, until she received the call to become an air traffic controller.

Again, she was the only female in her class. She graduated second in the class and became the first female controller in Lawton. In June, 1977, Mary earned her Inspection Authorization.

She was proud of this accomplishment, as even getting the authorization to take the test had involved FAA legal counsel “ordering” the FSDO to administer the test to her. She never believed she was the first woman to earn this certificate, but started to consider the possibility when another female claimed to be the first woman IA about a year later. Now a controller. Mary also taught dozens of safety seminars, until she retired from the FAA, in 2002.

Today, she and Lawrence run Latimer Services, at the Wilbarger County Airport in Vernon, TX. They began their business in 1970. Mary has now partially—or fully-trained “hundreds” of pilots and, as a DPE has tested more than 600! Among her awards are 2014 Southwest Region Flight Instructor of the Year; 2014 Flight Training Excellence; AOPA President’s Choice Award; 2014 International Forest of Friendship; and the 2015 Lubbock FSDO FAAST Representative of the Year.

Recalling her path, Mary says there seemed to be three reactions to her aviation endeavors– equally divided between disbelief, animosity and encouragement. The encouragement was deeply appreciated and was crucial to her progress and success. The disbelief could be dealt with by demonstrating her skill, talent and commitment. The animosity and overt sexism was mostly ignored, and Mary did not allow it to interfere with her training or career.

In fact, she took pride in proving naysayers wrong, outperforming those who tried to sabotage her career. By earning the respect and admiration of the disbelievers and proving that being a female is not a limiting factor for a career in aviation. 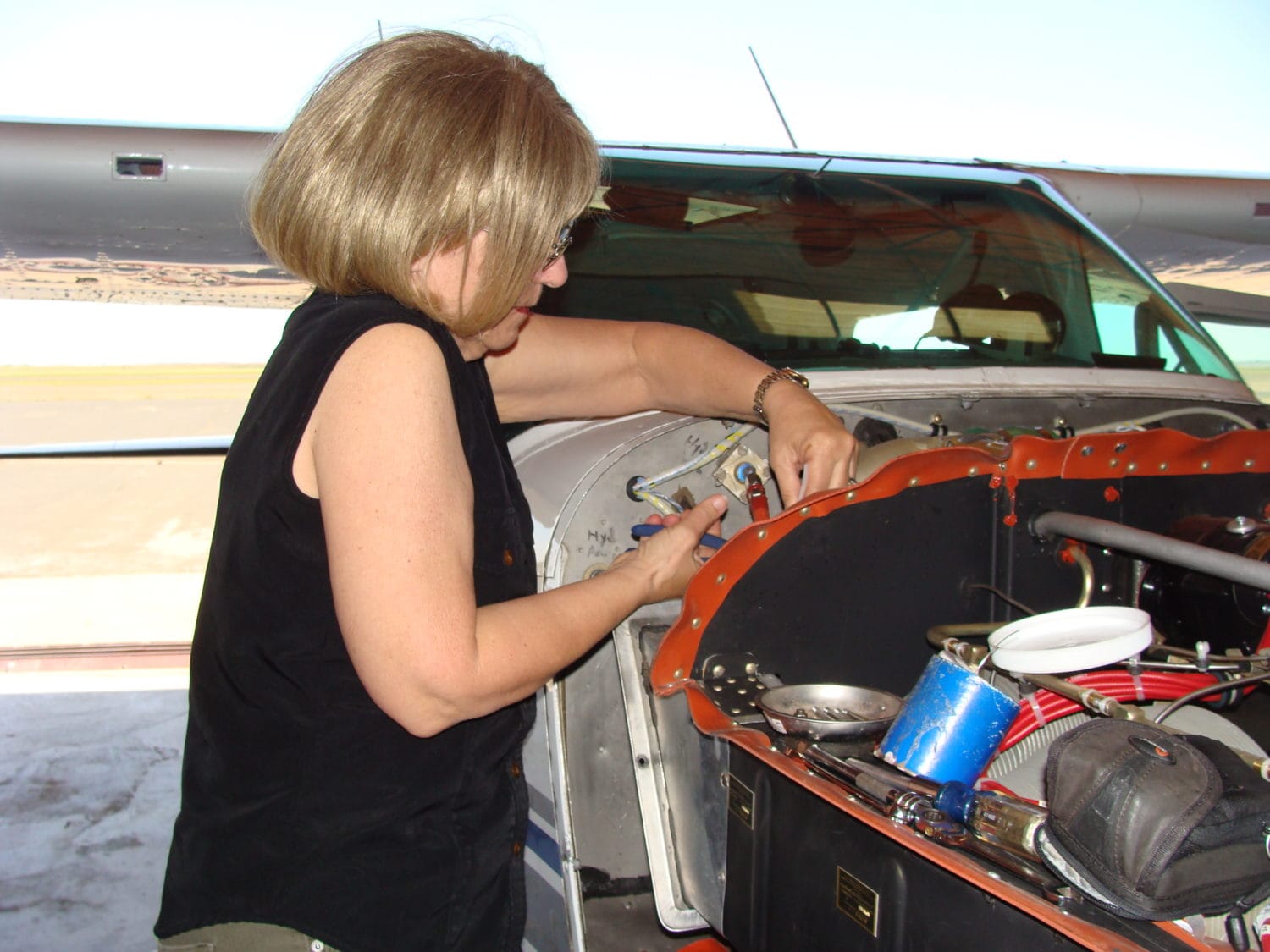