The Texas sun is still scorching, but the Mansfield Historical Society has already started planning for Christmas.

The historical society has debuted its 12th Christmas ornament depicting the Ralph S. Man house, the oldest building in town and home of one of the city’s founders and namesakes.

“The timing was perfect,” said Marilyn Gerloff, treasurer for the Mansfield Historical Society. “We have wanted to do the Man house. This is the only thing going on in town right now.”

The original Man house was built in 1865 and is currently being restored by the city as a historical museum, which is due to open this fall.

Ornament for sale at museum

The newest ornament, now on sale for $18 at the museum, shows the clapboard and brick Man house at 604 W. Broad St.

“The first cabin was built in 1865 and added onto in the next decade,” said Jessica Baber, manager of the Mansfield Historical Museum. “It was built with a breezeway in between and eventually they added the second story.”

In the process of restoring the home, contractors discovered that the original cabin had a loft, Gerloff said.

“You can see a shadow on the wall where the staircase was,” Baber said.

The Man house has revealed a lot of history.

“Ralph Man came from Charleston, S.C.,” Gerloff said. “His father was a mason.”

Man and Julian Field, the city’s other founder and namesake, married sisters and operated a mill at the southeast corner of the intersection of the current Main and Broad streets.

“Man was trained as a cabinet maker and it shows in the house, in the staircase and the mantle,” Baber said. “You can tell the level of skill compared to what else was being built in the area.”

The historical museum has been collecting period furniture to decorate the house when it opens to the public.

The Mansfield Historical Society has purchased 100 of the ornaments, and already sold about 20, Gerloff said. The funds raised from the sales support the historical society, which archives photos and information about the city. The society also cares for the city archives at the Mansfield Public Library. 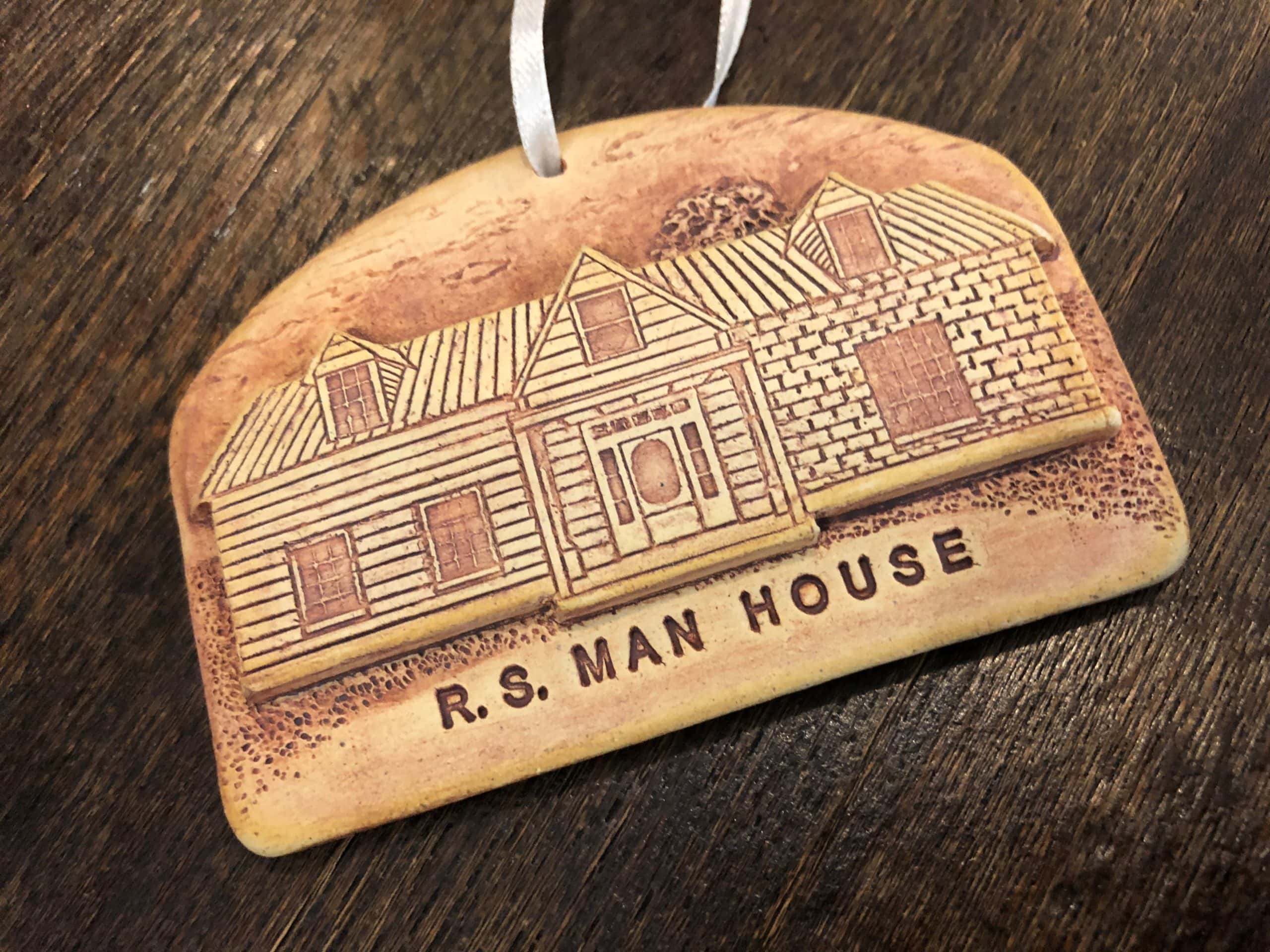