LANCASTER—Snow covered the floor while a steady flow of kindergarten students from Lancaster ISD made their way through a wintery maze as part of a joint project between the City of Lancaster Public Safety department and the school district during the holidays.

The event titled “Winter Wonderland” featured an opportunity for every LISD kindergarten student from every campus to receive a gift from Santa, popcorn and a special candy bag full of treats before they left the event. Playing Santa Claus and Mrs. Claus were the City of Lancaster Fire Chief Kenneth Johnson(Santa) and City of Lancaster Emergency Communications and Management Superintendent Delajér Walker(Mrs. Claus).

“I was so very happy to see all the smiles on the kids faces as they made their way through the Winter Wonderland Maze and around the corner to see Santa,” Lancaster Police Department Administrative Assistant and LISD School Board Vice President LaRhonda Mays said. “I was so excited to see our City Manager, our Superintendent of Schools, our City Police Chief, our City Emergency Communications and Management Superintendent, our City Manager and our Fire Chief all come together to offer these children a time of their life during the Christmas season.”

Johnson said he was excited to play the part of Santa for the event. It especially made his day when he heard the sound of children’s voices leaving from the Winter Wonderland maze headed his way.

“It was so funny when one little girl figured out I was not only Santa Claus but I was also the Fire Chief,” Johnson said. “It was so much fun hearing the children coming around the corner from the Winter Wonderland Maze chanting Santa Claus, Santa Claus.” 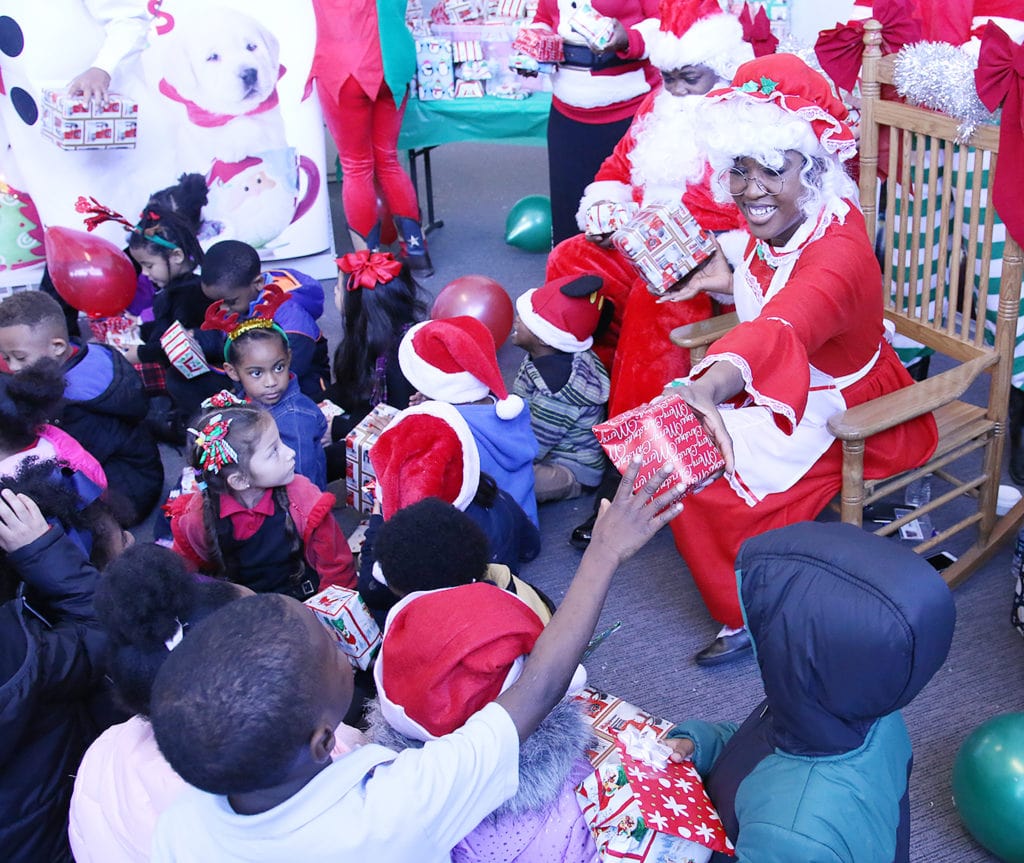 Lancaster ISD Superintendent Elijah Granger was so excited about this event he wore a snowman costume and assisted Santa Clause with passing out gifts to every child.

“It is great for our children to know they are loved by the City of Lancaster, the Lancaster Police Department and Lancaster ISD,” Granger said. “This means so much to our students to see the community and school district come together to support them.”

Lancaster City Manager Opal Mauldin-Jones said this event is more than just a holiday event. She said it is about the village atmosphere that is being embraced in Lancaster.

“We want our children to know that it is not just about public safety in Lancaster. It is about community,” Maudlin-Jones said. “Lancaster ISD and the City of Lancaster are one and we care about one another. We are one city with one goal and one vision and that is service.”

Walker said this event is just one of the many events she hopes the City of Lancaster and Lancaster ISD work together on an event like this one.

“The connections and networking between those in the public safety building and Lancaster ISD was truly amazing,” Walker said. “It was a great pleasure doing this event for the children in our schools and we are excited about more to come.”

Lancaster Police Chief Samuel Urbanski dressed as one of Santa’s Elves for the event. He said the event took everyone coming together to make this day special for the children.

“There is nothing like seeing the look on a child’s face when they are surprised to see not only Santa and Mrs. Claus but his elves and other characters,” Urbanski said. “We couldn’t have done this without the combined efforts of everyone involved. The event was amazing not only for the children but the adults involved as well.”