After an almost 10-year hiatus, The Press Club of Dallas is once again offering awards for journalistic excellence.

Submissions are being accepted at PressClubDallas.com for the inaugural Hugh Aynesworth Awards for Excellence in Journalism. The Aynesworth Awards are open to all journalists and their organizations throughout Texas. The award, first announced last year, is named after one of its most dedicated and active Press Club members, veteran award-winning writer and reporter Hugh Aynesworth.

“We’ve taken to calling the award the ‘Hughie’ with both respect and affection,” said Scott Goldstein, president of the Press Club of Dallas. “We’re starting off modestly this year with only one journalistic topic – investigative reporting – but eventually we’ll be adding more categories, such as spot news coverage, feature and opinion writing and sports reporting.”

The club’s awards committee has spent the past six months acquiring a strong panel of judges (list attached) – all of whom spent their careers outside Texas; clearly defining the rules; and identifying contacts throughout the state to make sure reporters and their editors are aware of the awards.

The Aynesworth Awards replace the Katie Awards, which were dissolved nearly a decade ago. The awards dinner will be held in conjunction with the annual North Texas Legends presentation in early June, with more details to come soon.

“We’re looking forward to an exciting evening,” Goldstein said, “with these contributions to journalism being acknowledged the way they should be.”

The fee to enter the competition is $55, with all proceeds going to further the mission of the Press Club of supporting journalism and communications in all its forms, including through scholarships for journalism students. 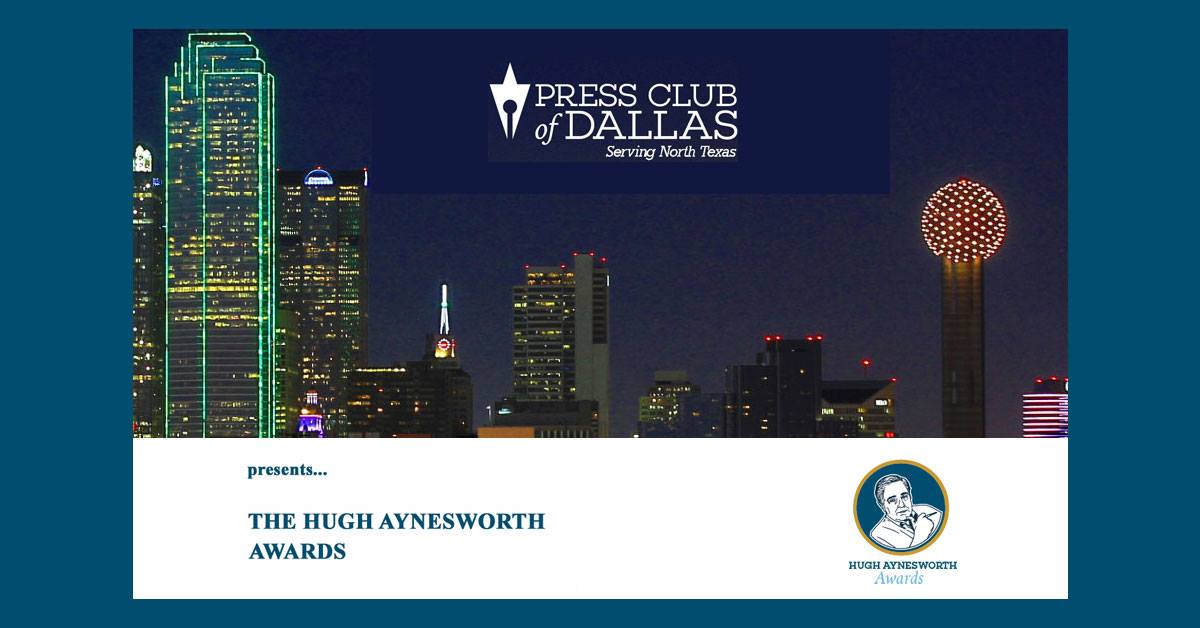