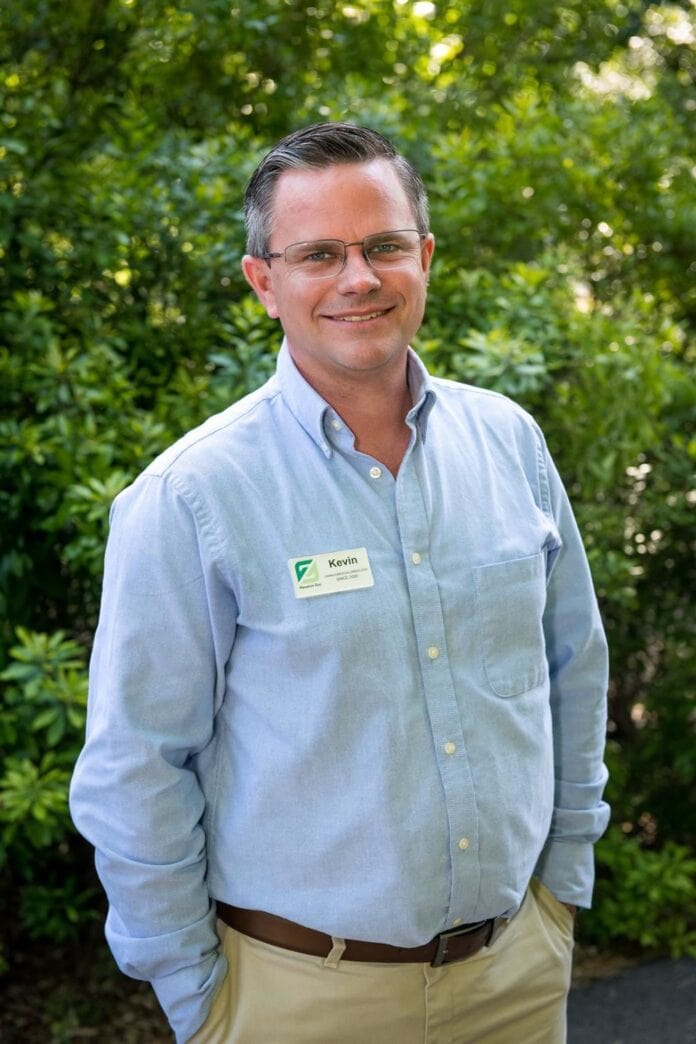 From Cedar Hill FFA To A Career With The Houston Zoo

Hodge and his friends from Bray Elementary decided to climb a tree in the High Pointe woods. He planned it out and even brought some free weights.

The climb didn’t work out quite the way he hoped, but he returned to the same spot in High Pointe about six years ago and discovered those same weights were still there.

Hodge’s climb as an executive at the 55-acre Houston Zoo – one of the largest zoos in the United States – has been far more successful.

Hodge started at the Houston Zoo as a Keeper for the small animals in the Children’s Zoo in 2004 and three years ago, he became the Zoo’s General Curator, which means he oversees the entire Zoo’s animal collection (6,000 animals of 900 species) and manages six deputy curators who oversee various departments.

“Every animal at the Zoo has a purpose,” said Hodge, who is 45 years old and now lives in Galveston County, south of Houston, with his wife and two sons.

Hodge said his involvement in Cedar Hill High School’s Future Farmers of America (FFA) Chapter in the early 1990s sparked his interest in animals. He raised sheep and rabbits during his time at CHHS.

After high school, Hodge worked at a variety of jobs, including some for major corporations. They all paid well, but something was missing.

One day by chance in his early 20s, he visited Moody Gardens, an education destination on Galveston Island dedicated to conservation and wildlife.

Immediately, the light bulb in his head went off. He immediately gave notice to his high-paying job and accepted a minimum wage position at Moody Gardens as an Interpretive Naturalist.

In that role, he conducted tours of Moody Gardens’ rainforest area for school groups and birthday parties.

Hodge’s commitment was obvious to the executives at Moody Gardens, and he soon became the venue’s Education Supervisor.

“The new position involved a lot of scheduling, which was complex since we had a lot of college students, who worked various hours, on our staff,” Hodge said.

Hodge left Moody Gardens for Houston Zoo in 2004, beginning as the keeper for animals in the Children’s Area. He rose from that position to Carnivore Keeper, Carnivore Supervisor, Curator of the Children’s Zoo and Carnivores, to his current position of General Curator.

During that time, he earned an Associate’s Degree from College of the Mainland in Galveston County.

“My career was developing faster than my educational advancement,” Hodge said.

Hodge said the advantage of his career advancement at the Zoo is his ability to make an impact on a larger level. The downside is that with each promotion, he moves farther away from animal interaction and care.

Staying Close To What He Loves About His Work

Hodge said he makes it, several times per week, to visit the animals, to ensure that he is never too far removed from what brought him to the zoo.

When he worked directly with animals, Hodge was responsible for coordinating their diets and ensuring their well-being.

He said that taking care of carnivores, such as lions and tigers, was a little bit scary at first, but he adjusted to it.

“Lions and tigers can be really loud,” Hodge said. “We have protected contact though – there’s always a barrier between you and the lion or tiger. You can never become complacent. They are very dangerous animals, and you have to be very intentional when you’re around them.”

As a Supervisor, Hodge had to oversee all of the keepers and maintain their schedules.

“We have a two keeper rule, which means that anyone working with a dangerous animal must have another colleague with them, before entering the animal’s enclosure,” Hodge said.

As a Curator, Hodge looks at each department and plans which animals the zoo will have for the upcoming year, and the next five years. His job includes responsibilities like exhibit design and communicating with other zoos, on transporting animals.

He planned the new South American section of the Zoo, which was a 2.5 year process of planning, developing and designing.

“I get to see animals a lot and don’t get to work with animals as much anymore,” Hodge said. “When I miss it, I’ll go see a cheetah up close or feed a jaguar.”