MIDLOTHIAN – Hud Hartson swept the unexpired term in Midlothian Tuesday night for the vacant Place 6 city council seat in unofficial results. Vacant due to the death of Midlothian City Council member Art Pierard who occupied that seat, Hartson won with 66.81% or 785 votes to Tiffany Carra’s 390 votes or 33.19%.

Hartson thanked his supporters for their time, votes and friendship and said “Midlothian is a great city and I only hope to continue that tradition. I am honored to be a public servant to the citizens of Midlothian and look forward to getting to work for them.”

In Carra’s concession comments she alluded to the fact she would be running for a seat in the May 2021 election.

“I have been affecting change from the cheap seats for the past five years,” Carra remarked,  “and it appears my seat is not changing. Midlothian has spoken.

I am proud of my supporters, they kept it clean. As a team our heads can be held high as our integrity and character balance remain unchanged. I appreciate everyone that sent text messages, walked neighborhoods with me, knocked doors, and made phone calls. Without your moral and physical support, we would have never gotten this far. Our race is not over, though we get a brief rest. Congratulations to my opponent on securing the seat at the end of dais, City Council Place 6.” 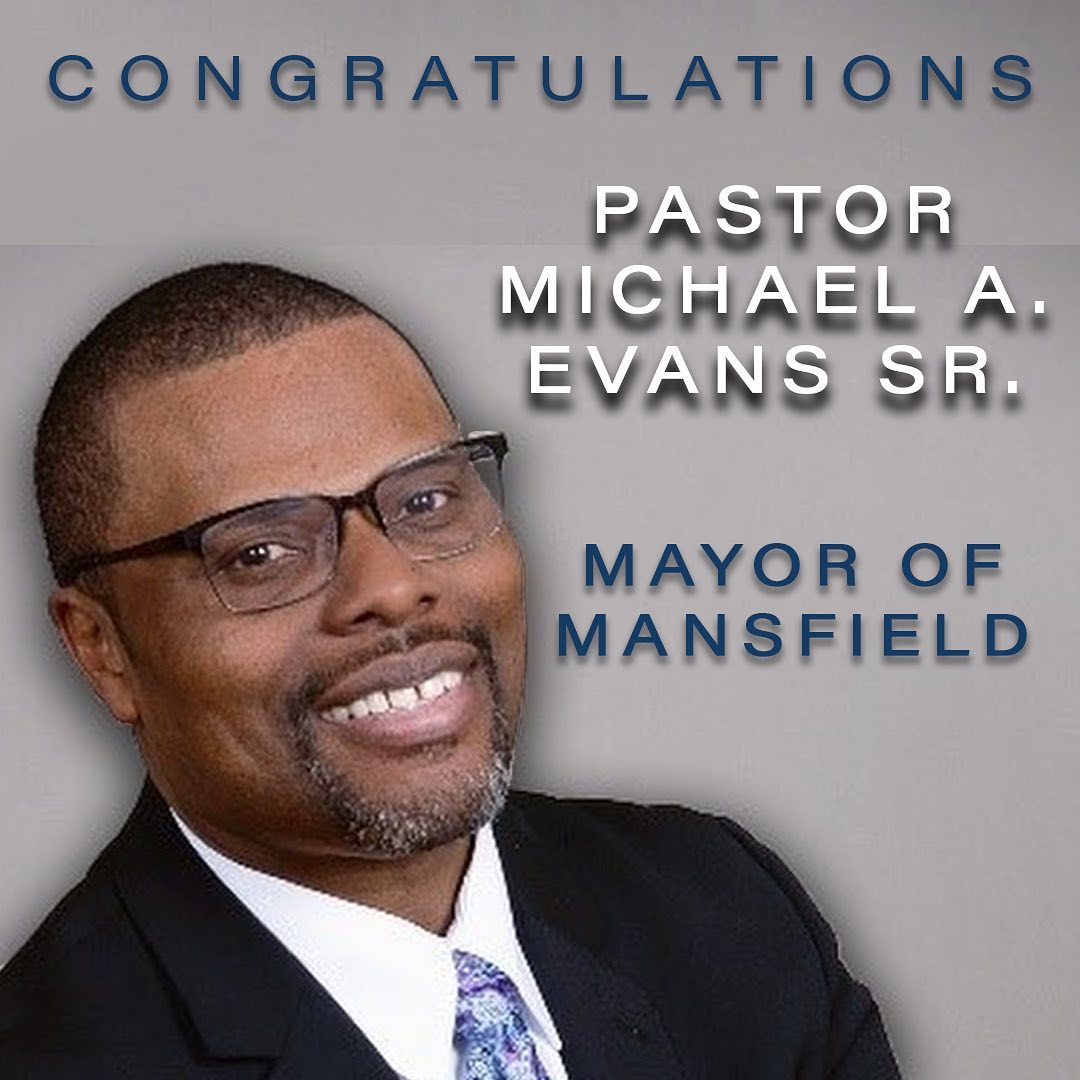 Bethlehem Baptist posted the following, “Congratulations to our very own Pastor Evans on making history! He will be the first African American Mayor in Mansfield history! To God be the glory!”

Ms. Bounds posted this on her Facebook page, “I want to take a minute to thank all of you that came out to vote! It is important to have a say in matters that effect you as a citizen. Never forget that. You do have a voice!

I also want to say this has been a long, unusual and exhausting trip to get to the finish line. None of the candidates that signed up for this thought that …boom.. one month later we are in a pandemic, our world changed and the way we campaigned became a whole new uncharted chapter!! Nine months later , here we are!

It has been a good campaign. I am so grateful for all the support and those that gave of their time tirelessly to work the polls, make posts, calls and put out signs! I couldn’t have done this without you! I am honored to have traveled this long road with Scot Bowman as my opponent ! Keeping the campaign on track and respecting each others space is what sets us up for success in the bigger picture! Thank you for that, Scot!

I am just ecstatic about this win!

I finally have a seat at the table to give input to the challenges we face, the hopes and dreams we all have for Mansfield! I am excited to work with each council member, Mansfield leadership and the citizens of Mansfield!!!!
Building our Future together!!
WOOWHOOO, y’all!”

Mansfield ISD Place 7 in Tarrant County saw Yolanda McPherson falls to opponent Courtney Lackey Wilson’s win with 53 % of the vote in that race.