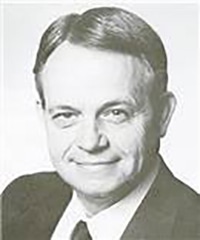 Fred Orr graduated from University of North Texas in 1960. The Orr’s then moved to Electra, Texas, where Fred was a biology teacher, football coach and girls’ basketball coach.

One of his proudest civic contributions was being the youngest representative in the Texas State Legislature in Austin. He represented Dallas County from 1967 to 1977. During Fred’s terms as a state representative, his accomplishments included:

In 1961, the family moved to DeSoto, Texas, and Fred entered into Civic leadership and established Oak Cliff Insurance Agency. His list of civic contributions include:

Most importantly to Fred, he was a lifelong member of the Christ of Christ and devoted his time and talents to shepherding others by being an elder in the DeSoto, Ovilla and Preston Road Churches of Christ. He was co-founder of New Friends, New Life and Christ Family Clinic. Fred enjoyed being a private consultant to President Bill Teague of Abilene Christian University, and was Foundation President of Texas State Technical College. He was also a proud supporter of City Square’s Cottages of Hickory Crossing.

Fred enjoyed his church, family, golf and was a Dallas Cowboys season ticket holder from the team’s inaugural season through their final year at Texas Stadium.