BEST SOUTHWEST—While the Zika Virus has certainly been grabbing more than its fair share of media coverage, Dallas County Health officials are noting that this year’s West Nile Virus season will be one of the most aggressive in recent history.

“As of mid-June, the Centers for Disease Control and Prevention (CDC) has confirmed 234 cases of Zika virus in the U.S., with 44 of those in Texas. To date, all of them have been categorized as “imported,” meaning someone traveled outside the country and became infected. This is the kind of thing you can’t actually prevent, but you can prepare for it and develop a response that will help to reduce the severity,” said Richard Duhrkopf, Ph.D., associate professor of biology in Baylor University.

Wednesday, Dallas County Health and Human Services reported the tenth case of Zika virus in Dallas County in 2016. The case was confirmed through testing in the DCHHS lab. DCHHS has submitted the case for review to the Texas Department of State Health Services.

The 55-year-old patient is a resident of Irving who was infected with the virus during recent travel to Guatemala. For medical confidentiality and personal privacy reasons, DCHHS does not provide additional identifying information.

“I think I’m more concerned about West Nile than Zika,” said Mike Merchant, an urban entomologist with the Texas A&M AgriLife Extension Service. “An early start to West Nile is always a bad thing, but a lot of it will depend on how hot of a summer it will be. If it gets really hot and really dry, those are the worst conditions.”

Since Jan.1, 20.35 inches of rain has fallen at Dallas/Fort Worth Airport, which is 2.31 inches above normal. But it’s far less than the 31.63 inches that fell through the same time last year. West Nile Season normally gets active during late July and August. DCHHS confirmed West Nile positive traps in DeSoto last week. This week they reported three more traps collected from sampling areas in Duncanville, Cedar Hill and Lancaster.

Duhrkopf contends that avoiding exposure at certain times of the day may not be enough to avoid mosquitoes that may carry the Zika Virus.

“The mosquitoes that transmit Zika are different from those that transmit West Nile Virus. The Zika mosquitoes are what we call “container breeding” mosquitoes, meaning the larvae develop in water in small containers (using a rather broad definition of “containers”). So, the first step is to make sure there is nothing in our yard or around our house that collects water. These mosquitoes breed in things like discarded tires, rain gutters that are clogged, bird baths that have not had the water changed, and even small things like discarded coffee cups under a bush or even part of an old plastic garbage bag that is crumpled up in the grass,” he explained. “These mosquitoes bite at all times of the day. Avoiding going out at dusk and dawn is not particularly useful in avoiding these mosquitoes. Repellents do an excellent job of preventing bites as do long pants.”

National expert on the subject of mosquito transmitted diseases Durkopf is a member of The American Mosquito Control Association (AMCA). The AMCA has been identified by the CDC as an exclusive provider of informational resources for mosquito control. That means we will be developing training programs to teach modern processes of mosquito control where they are needed.

Dallas County conducts regular tests on mosquito samples throughout the city as part of its West Nile Virus surveillance program.

The pesticide used by Dallas County is applied at extremely low dosages designed only to affect mosquitoes and other pests their size.

West Nile Virus (WNV) is a preventable condition. Humans commonly get West Nile Virus by being bitten by infected mosquitoes. Mosquito season in Dallas County typically runs from May to October with peak activity in August.
Residents should be on heightened alert during these months of the dangers of West Nile Virus.

Although the illness commonly has affected older individuals, even healthy younger people have been sick with West Nile Disease this year. The incubation period for WNV (the period between being bitten by an infected mosquito and showing the first symptoms) varies from 3-15 days. Anyone who experiences symptoms consistent with WNV should see a physician as soon as possible.

Health officials are still urging the public to take protective measures in preventing the illness. In Dallas County, West Nile infections have reached epidemic levels. Because of this, residents are urged to take precautions even in areas where the virus has yet to be detected. County health officials warn the threat of the virus exists in North Texas.

Dress
Wear long, loose and light-colored clothing to avoid mosquito bites when outside.

Use insect repellent products with “DEET” or other FDA approved repellents and follow product instructions. “While all ‘4Ds’ are important, stopping mosquitoes where they breed is especially crucial,” said Dr. Christopher Perkins, DCHHS medical director/health authority. 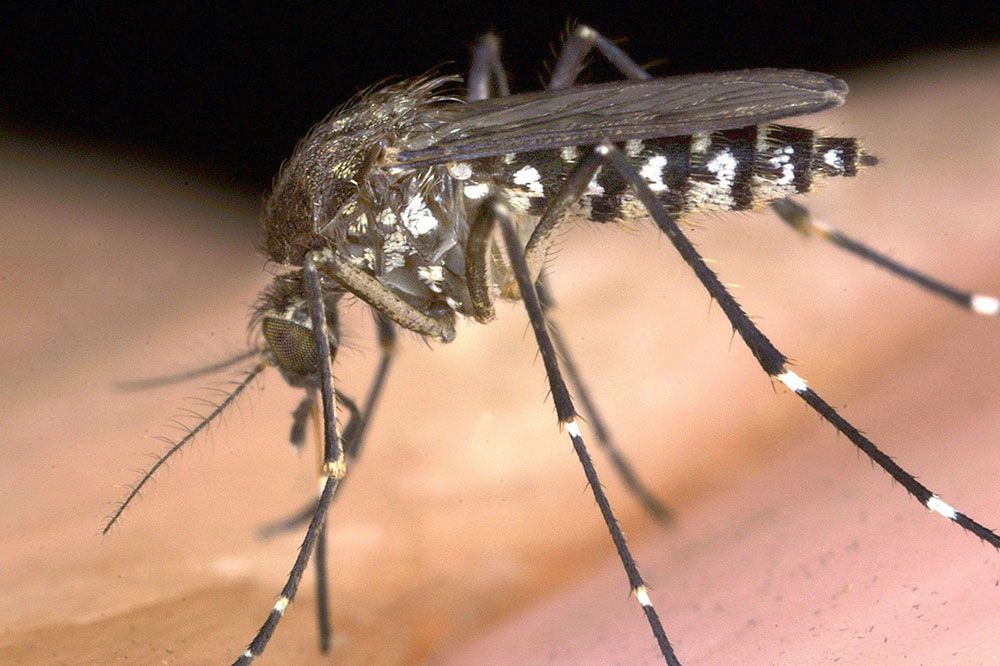