Home News No One Injured in Shooting at Mansfield Restaurant

Police responded to a report of shots fired at El Primo’s Mexican Grill & Cantina, 2300 Matlock Road, at 9:03 p.m. Tuesday, but by the time they arrived everyone involved in the altercation had scattered, said Zhivonni Cook, public information officer for the Mansfield Police Department.

“There was a gathering at El Primo’s and the best friend of the birthday girl wasn’t responding to her boyfriend’s texts,” Cook said. “He arrived, went inside and they started arguing. Someone from the party asked him to leave. He went outside the location then fired two shots at the front door. One hit one of the pillars and ricocheted off and hit the front door. Nobody was hit.”

Suspects are not from Mansfield, police said

None of the people involved in the altercation are believed to be from Mansfield, Cook said. The police are currently reviewing surveillance video from the restaurant. If found, the suspects will be charged with deadly contact, Cook said.

The restaurant was open for business Wednesday, even with two bullet holes in the heavy wood front door. But not for long, apparently.

On Wednesday, El Primo’s posted on its Facebook page that the restaurant would be temporarily closed while the kitchen is being remodeled and a patio addition is under construction. The restaurant cited Gov. Greg Abbott’s recommendation to avoid gatherings of more than 100 due to a recent spike in COVID-19 cases. El Primo’s will reopen when they can insure the safety of their staff and guests, the Facebook post said. No carry out or to go orders will be offered during the closure.

The closing and Tuesday night’s shooting are unrelated, police said. 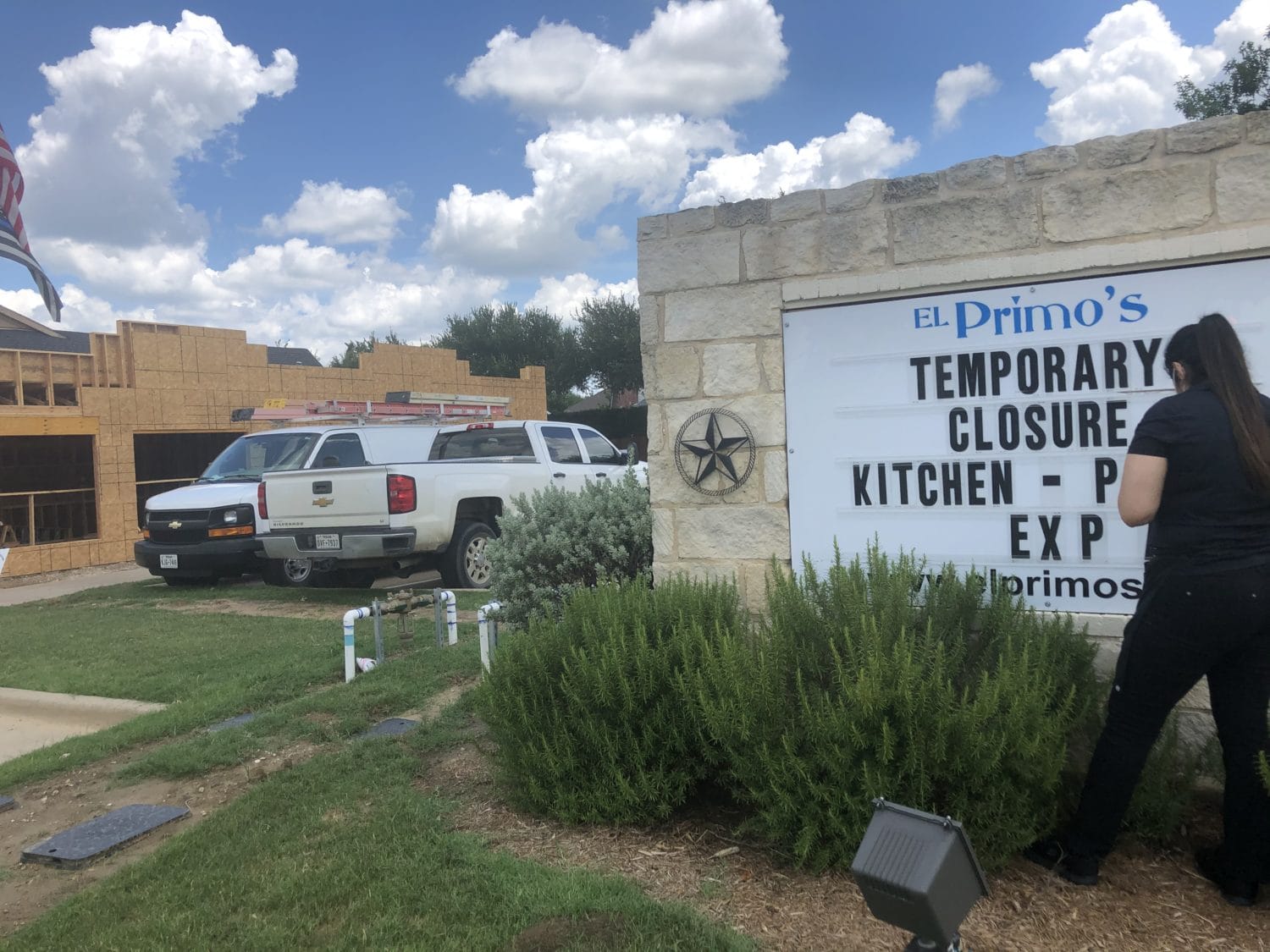