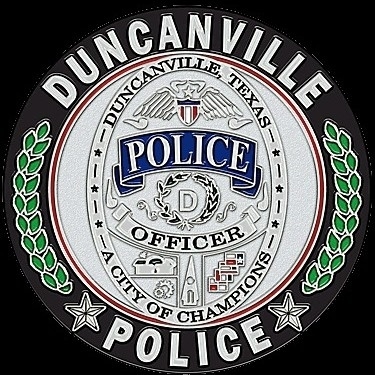 Duncanville, TX (January 11, 2022) – The City of Duncanville today announced the permanent appointment of Mark LiVigni as Chief of Police. Mr. LiVigni has been a member of the Duncanville Police Department since 1993, most recently serving as Interim Police Chief since March of 2021.

After vetting twenty-six candidates down to three finalists who went through a battery of interviews, including a community meet and greet, City Manager Aretha R. Ferrell-Benavides selected Mark LiVigni as the new Chief of Police.

“Both Chief LiVigni’s professionalism and commitment to our City made him an ideal choice for permanent appointment as our Chief of Police,” said City Manager Aretha R. Ferrell-Benavides. “I am genuinely excited to see his vision for our police department become a reality and have a positive impact on the lives of Duncanville’s residents.”

“I have had the honor of working alongside Mark for many years now,” Assistant City Manager and former Police Chief Robert D. Brown, Jr. added. “I am confident that our new Chief of Police will innovate and elevate the Duncanville Police Department.”” 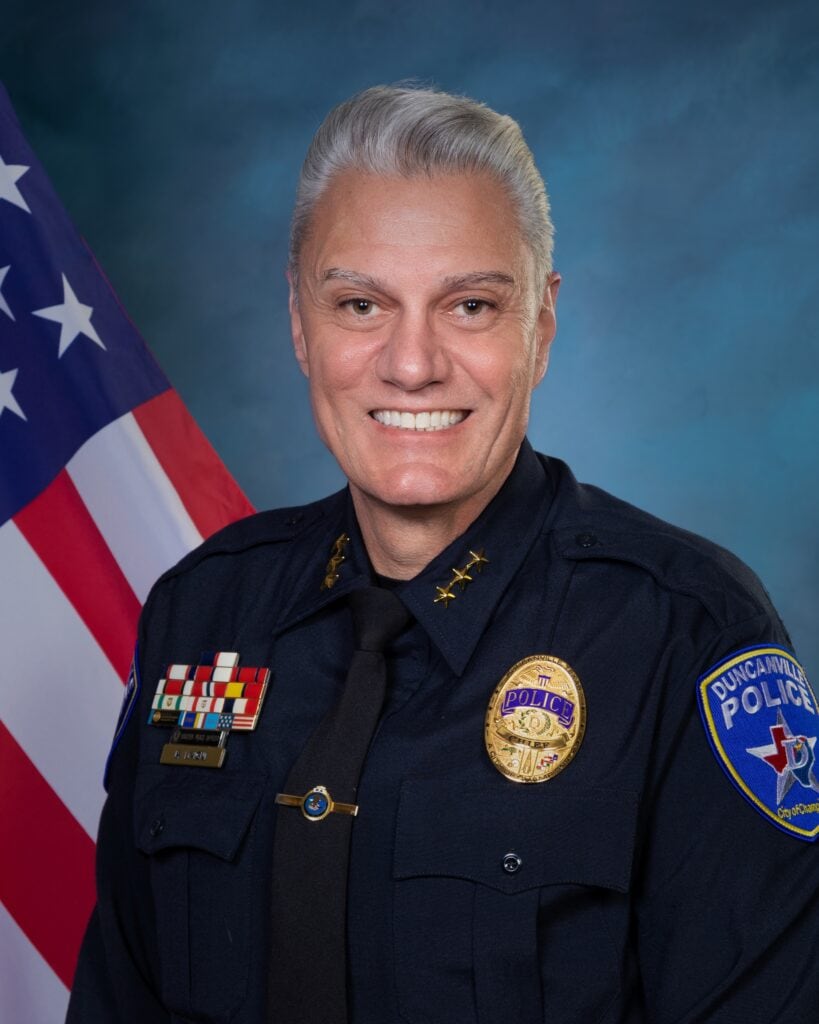 Chief LiVigni, a veteran of the United States Air Force, has more than twenty-eight years of policing experience, all serving the citizens of Duncanville. He has served in every sworn rank of the department and is only the second individual in the department’s history to have done so with this appointment. He is also a graduate of several high-level professional training courses, including the F.B.I. National Academy, the Senior Management in Policing training of the Police Executive Research Forum, and the Institute of Law Enforcement Administration’s Executive Leadership training. He also holds a Bachelor of Science degree in Criminal Justice from the University of North Texas.

Chief LiVigni said, “I could not be more excited, honored, yet humbled to serve this diverse City of Champions as its Chief of Police. The men and women of the Duncanville Police Department are committed to providing the best police service possible to the citizens of this great city. Collectively, we will work to make a good department even better. I appreciate our city management team’s confidence and that of our mayor and city council members.”

“I and the Duncanville City Council, as representatives of the residents of our fine City, are pleased that Duncanville will have a continuity of the type of quality service our great Police Department has always provided,” said Mayor Barry L. Gordon. “Mark LiVigni’s commitment to our fine men and women in uniform and our community make his selection one I and City Council can stand behind with great confidence.”

A formal Swearing-In ceremony is planned for Thursday, February 3, 2022.